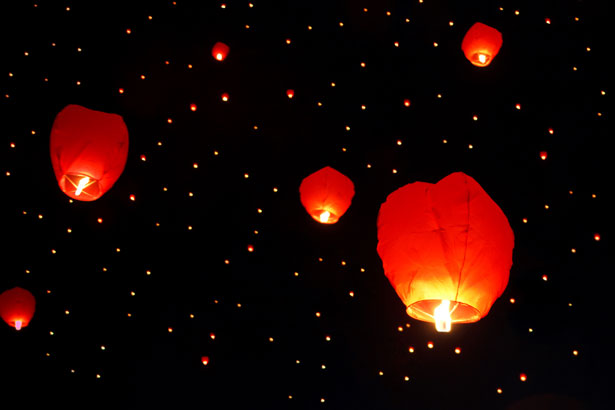 Facebook
Twitter
Pinterest
WhatsApp
Chiayi is known for having a lot of sunlight, which provides it with a lot of solar energy resources for green, clean energy. For instance, it is one of the major cities in Taiwan to use all-electric public transportation.
One of the light installations for “Dancing of Light and Shadows 2022,” “Crescent Roaming,” will illuminate Chiayi City’s night sky during the Mid-Autumn Festival.
The Mid-Autumn Festival, which this year begins on September 10 and lasts for three days, is observed in diverse ways throughout Asia. The holiday, which honours the moon, is a time for getting together with loved ones, offering gratitude, and praying. The holiday also features lanterns, in addition to making and devouring moon cakes.Due to this, it was decided to build the lighting system utilising contemporary, eco-friendly solar lights.
The group erected a trail beneath the lake that was shaped like a crescent and had a maximum diameter of 25 metres.
To get closer to the water, visitors can stroll along a specially constructed subterranean promenade that curves out into the lake.It is intended to be a beautiful and mystical experience to see the moon from a perspective two metres below the ground, surrounded by the lake’s glittering water.
The Southern Highlands Botanic Gardens in Australia set the previous record with 1,239 solar lanterns in 2019, while Crescent Roaming’s lighting design uses 1,520 solar lanterns, shattering that mark. The display’s design and construction took nine employees roughly two months.
The World record was set by the ArcTainan National University of the Arts – Group B, Tsai Hsin Mo, HowFun International Co., Ltd., and the Chiayi City Government.
According to thehansindia.com. Source of photo: internet