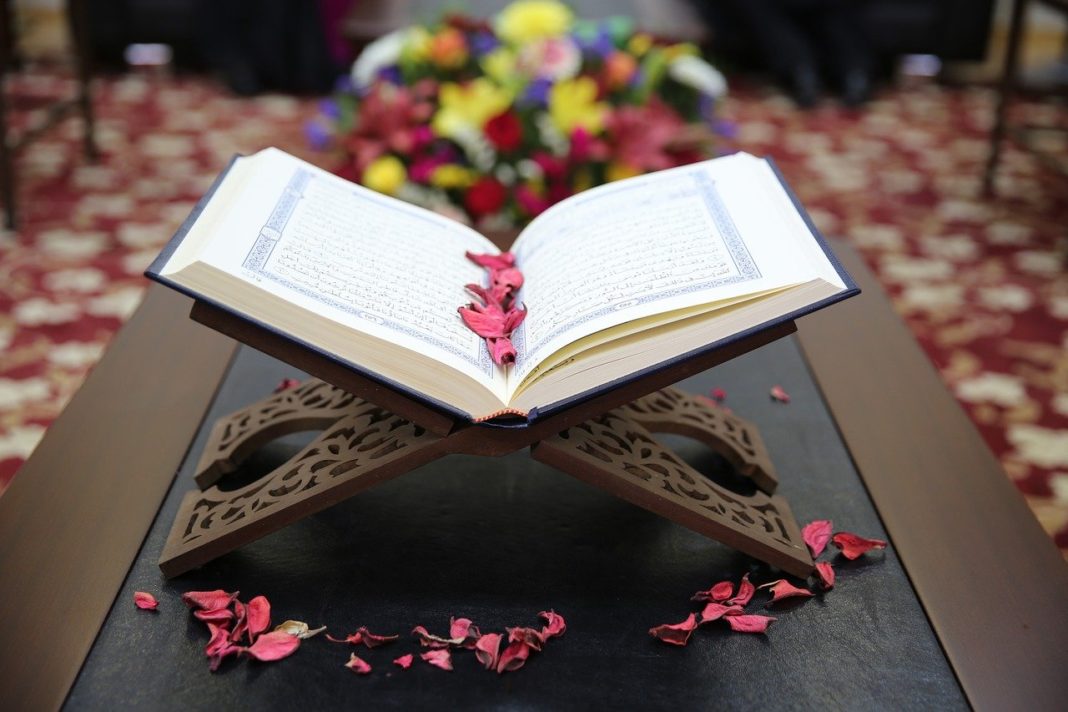 Renowned artist and sculptor of Pakistan Shahid Rassam has appealed to the government and non-profit organizations to help him complete the world’s largest copy of the gold-plated Quran.

Speaking at a press conference at Karachi Press Club, Rassam said that the work on his project started in 2016 and its completion would take at least two more years.

He said the initial portion of the project had been completed and is on display at Pakistan’s pavilion of Expo 2020 Dubai. He said that Quran’s copy would have a 2.6 metre length and two metre width.

He estimated that $35 million are required to complete the project comprising 500 pages of the Quran. The initial portion of the project has Surah Al Reman while work had been in progress to write Surah Al Baqarah.

“I have been working as an artist and painter for over 30 years as exhibitions of my work have been held all over the world but this project is the biggest one of my life. Although it is a multi-million dollar project and a very challenging one but my conviction grows stronger each passing day that it will complete soon,” he said.

The artist said that for the first time, the medium of metal was being used to develop the largest copy of the Quran keeping in view its quality as it could last thousands of years.

Earlier the large copies of Quran in the Islamic history were either made using paper or animal’s hide.

His project was a combination of metal gold-plated words and canvas as it would carry a very detailed design like a miniature painting.

Rassam had done a similar project of writing Asma Ul Husna (99 beautiful names of Allah) that had become the inspiration for him to make the largest copy of the Quran.

He said the project would be undertaken with around 200 kilograms of gold, 2,000 kilos of aluminum and 600 rolls of canvas.

All the members of his team were paid as none of them had been doing voluntary work.

“This project has proved to be a gamechanger for everyone associated with it providing them with the opportunity to change their lives,” he said.

The artist said that so far he had spent his own resources to carry out the project. “But definitely from now on, we require donations to complete this gigantic work. The government, non-governmental and corporate organizations could contribute to the completion of this project while considering it their national and religious duty,” said Rassam. Our team dedicates up to 10 hours a day to the project.

Renowned humorist and writer, Anwar Maqsood, also spoke on the occasion, and endorsed the appeal of Rassam for getting help from the federal, Sindh governments and non-governmental organisations to complete the project.

In his usual humorous style, Maqsood said that services of up to 100,000 watchmen would be required in Pakistan to safeguard the project as so much gold was being used in its preparation.

Rassam said that he had assembled a team of 200 of his students comprising painters, sculptors, designers, and calligraphers, that had been working together to complete the project at the earliest.

According to gulfnews.com. Source of photo: internet