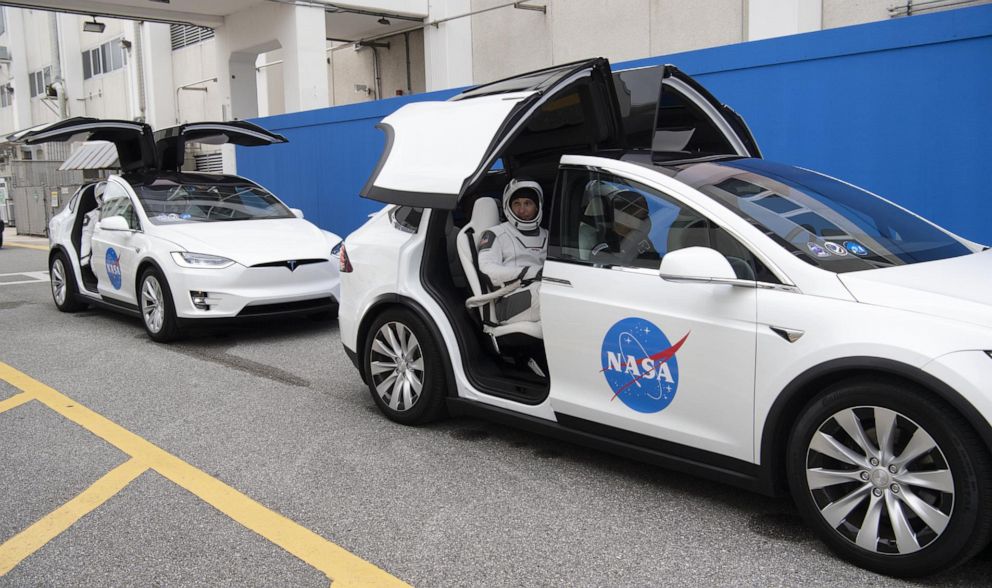 This marks the second-ever crewed mission for Elon Musk’s private space-faring firm SpaceX, after the successful launch and return of NASA astronauts Bob Behnken and Doug Hurley with the Demo-2 mission this summer.

It is also the culmination of years of collaboration between NASA and the private sector as part of an effort to bring launch capabilities back to U.S. soil and end a dependency on Russia for trips to the International Space Station.

“This is another historic moment — it seems like every time I come to Kennedy [Space Center] we’re making history, and this is no different,” NASA Administrator Jim Bridenstine said in a pre-launch news conference on Friday. “The history being made this time is we’re launching what we call an operational flight to the International Space Station.”

The ship launched on Sunday from pad 39A at NASA’s Kennedy Space Center in Florida, after being pushed back — first to assess an engine issue with the Falcon 9 rocket and then once more due to weather.

President-elect Joe Biden tweeted out his congratulations to the team on their successful launch.

“It’s a testament to the power of science and what we can accomplish by harnessing our innovation, ingenuity, and determination. I join all Americans and the people of Japan in wishing the astronauts Godspeed on their journey,” he tweeted.

A short time later, President Donald Trump tweeted “A great launch!” before claiming that NASA “was a closed up disaster when we took over.”

“Now it is again the “hottest”, most advanced, space center in the world, by far!” he tweeted.

The crew for the historic launch includes a Space Force colonel, a Black pilot leaving Earth for the first time, a woman who has logged nearly 4,000 hours in space and a Japanese Aerospace Exploration Agency astronaut.

NASA astronauts Michael Hopkins, Victor Glover and Shannon Walker, as well as JAXA astronaut Soichi Noguchi, are set to stay on the ISS for six months after the launch and help with maintenance and research.

Hopkins, commander of the mission, has spent 166 days in space and completed multiple space walks. The Missouri native worked as a flight test engineer with the Air Force before joining NASA.

This is the first spaceflight for Glover, the pilot and second-in-command. A native of California, Glover was selected as an astronaut in 2013 and is a former Naval aviator.

MORE: NASA and SpaceX targeting Nov. 14 for next crewed launch to ISS

Walker is the team’s mission specialist. She is an ISS veteran, having spent 161 days aboard the orbiting laboratory in 2010 conducting numerous experiments.

Noguchi, also a mission specialist, is the first international NASA-SpaceX crew member. Noguchi has been on two spaceflights and made history as the first Japanese astronaut to perform a spacewalk outside the ISS in 2005.

Late last month, the crew said they were naming their spacecraft “Resilience” — a nod to the ability to overcome the myriad challenges thrown at them during this tumultuous year.

“As you look at the definition of resilience, I know it means functioning well in times of stress or overcoming adverse events, and I think all of us can agree that 2020 certainly has been a challenging year,” Hopkins said at a news conference.

“So the name ‘Resilience’ is really in honor of the SpaceX and NASA teams, and, quite frankly, it’s in honor of our families, of our colleagues, of our fellow citizens, of our international partners and our leaders that have all shown that same quality, that same characteristic, through these difficult times,” he added.