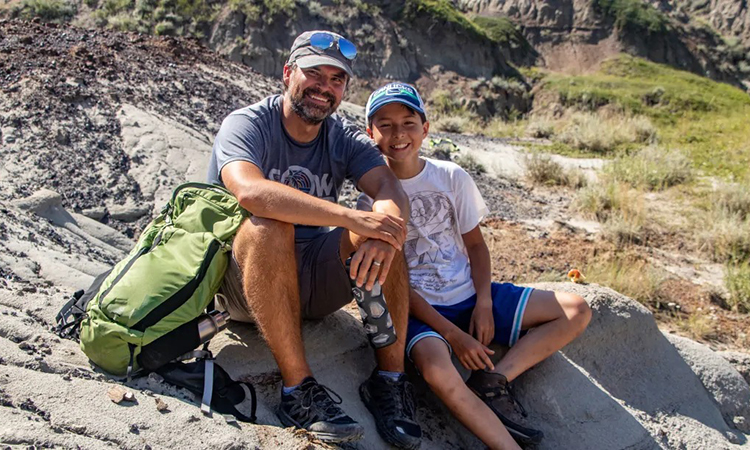 He found a partially unearthed dinosaur fossil while hiking with his dad this summer at a conservation site in the Horseshoe Canyon in the Badlands of Alberta, Canada.

“It’s pretty amazing to find something that’s like real, like an actual dinosaur discovery,” he told CNN. “It’s kind of been my dream for a while.”

Nathan is a seventh grader in Calgary, which is about an hour-and-a-half away.

The fossil was a humerus bone from the arm of a juvenile hadrosaur — a duck-billed dinosaur that lived about 69 million years ago, according to a news release from the Nature Conservancy of Canada. 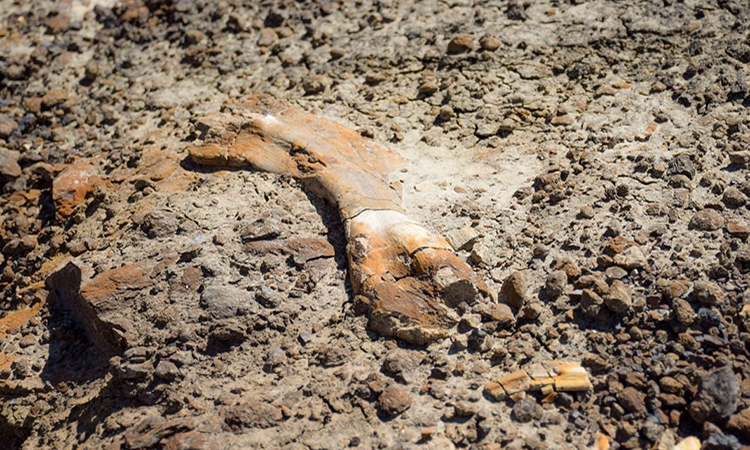 Nathan and his dad, Dion, had found bone fragments in the area on a previous hike and thought that they might have washed down from farther up the hill.

They were just finishing lunch when Nathan climbed up the hill to take a look.

“He called down to me, he’s like, ‘Dad, you need to get up here,’ and as soon as he said that I could tell by the tone in his voice that he found something,” Dion Hrushkin said.

Nathan said the fossil was very obvious and it looked like “a scene on a TV show or a cartoon or something.”

They sent pictures of the bone to the Royal Tyrrell Museum of Paleontology, which identified the fossil and sent a team of paleontologists to the site. 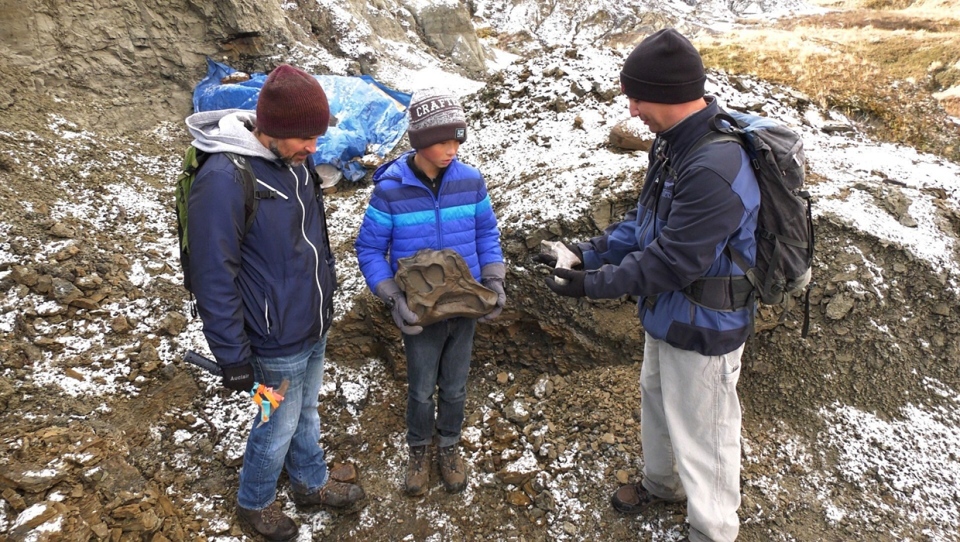 Fossils are protected by law in Alberta, and the NCC said that it is important that people don’t disturb any fossils they may find.

The crew has been working at the site for about two months and uncovered between 30 and 50 bones that came from a single young hadrosaur that was about three or four years old, according to the statement.

Hadrosaur bones are the most common fossils found in Alberta’s badlands, but few juvenile skeletons have been found, the statement said. It was also found in a layer of rock that rarely preserves fossils.

“This young hadrosaur is a very important discovery because it comes from a time interval for which we know very little about what kind of dinosaurs or animals lived in Alberta,” François Therrien, the Royal Tyrrell Museum’s curator of dinosaur palaeoecology, said in the statement. “Nathan and Dion’s find will help us fill this big gap in our knowledge of dinosaur evolution.”

The fossils were very close together, so the paleontologists removed large pieces of the surrounding rock from the canyon walls.

The bones were then covered in a protective jacket of burlap and plaster, so they could be taken to the museum for cleanup and further study.

One of the fossil-rich slabs weighed about 1,000 pounds and was more than four feet wide, according to Carys Richards, a communications manager with the NCC.

Nathan had heard of the hadrosaur before his big find but said it wasn’t the most well-known dinosaur.

Nathan and his dad have come to watch the dig several times since the discovery and were there on Thursday when the team was hauling out the last specimens.

“It was pretty fun to be there and watch them do their things,” Nathan said.