More
Home Daily news AI-equipped backpack allows the blind to walk in public without dogs or...

Technology to help blind people get around in public has been improving in recent years, thanks mostly to smartphone apps. But such apps, the team notes, are not sufficient given the technology available.

To make a better assistance system, the group designed an AI system that could be placed in a backpack and worn by a blind person to give them much better clues about their environment. 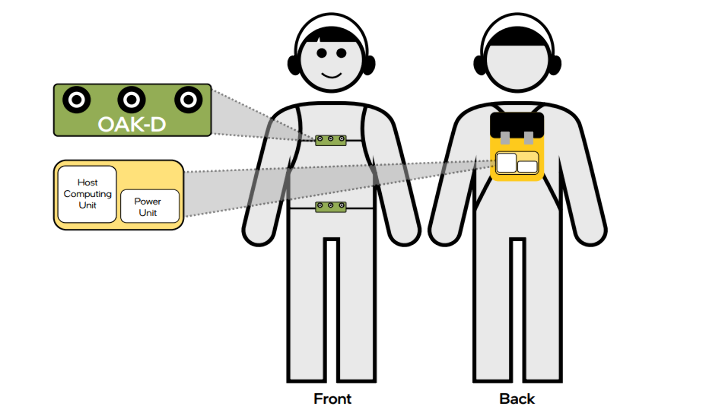 The backpack holds a smart AI system running on a laptop, and is fitted with OAK-D cameras (which, in addition to providing obstacle information, can also provide depth information) hidden in a vest and also in a waist pack. The cameras run Intel’s Movidius VPU and are programmed using the OpenVINO toolkit. The waist pack also holds batteries for the system.

The AI system was trained to recognize objects a sighted pedestrian would see when walking around in a town or city, such as cars, bicycles, other pedestrians or even overhanging tree limbs. 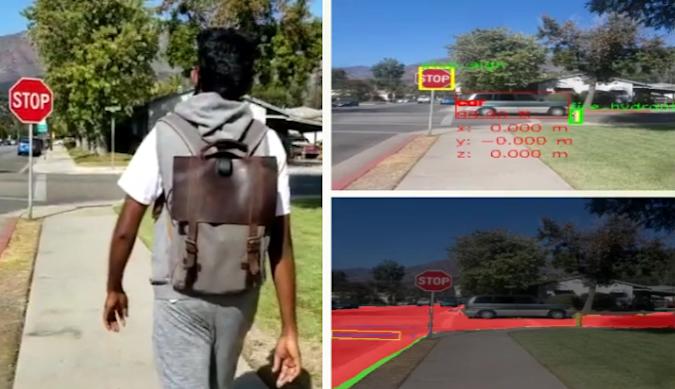 The system was also trained to recognize typical terrain, such as sidewalks, grass, curbs and pavement—and also a host of road signs. The system can read the words and convert them to messages for the user.

The system also has a GPS device and a receiver connected to a microphone so that the user can speak to the system. The user receives spoken messages from the system via Bluetooth earpiece.

In practice, a user puts on the backpack and fannypack and heads out into the real world (for up to eight hours). The user can choose to listen to a stream of comments that describe the immediate vicinity, and the system responds to questions. In either case, the system alerts the user to obstacles such as curbs, benches, potted plants and other people.

It also gives them advance warning of upcoming crosswalks, and because of the depth information data, can alert the user to impending inclines and declines in the path ahead.

According to Tech Xplore