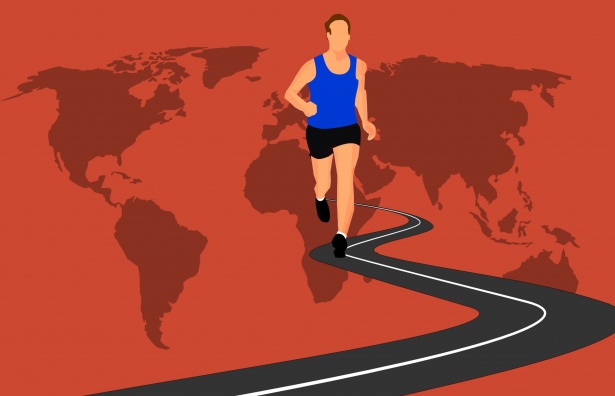 The greatest distance runner in Lithuanian history, Aleksandr Sorokin, has done it again, smashing two of his world records at the Spartanion 12-hour race in Israel. Sorokin completed 122 laps of a 1.46-kilometre loop to equal 177 kilometres of running in 12 hours – an average of 4:03/km.

To put his performance in perspective, his time is equivalent to running 35 straight 5Ks in 20 minutes and 15 seconds each. When Sorokin started the race, his goal was to break the 12-hour record. It wasn’t until after halfway that he realized he was on pace to shatter his previous 100-mile record of 11:14.56. He broke his previous personal best by 23 minutes, running 10:51:39, a whopping eight-second improvement per kilometre.

Sorokin is the first human to break the 11-hour barrier. There are no words to describe this performance besides remarkable. Even the 11:30 barrier has been untouched by many ultrarunners.

Sorokin raced again in the Nike Alphaflys. “A friend of mine gave me pair of Alphafly’s to try in August. I liked the softness of the shoe. Then I took the risk of wearing it during the race,” he says. “I find that cushioning is important for recovery when running long distances.”

Sorokin told us in a previous interview that he dreams of continuing his running career and pushing boundaries further. “I hope to compete at the world 24-hour championships this year and run a race in the U.S,” he says.

According to runningmagazine.ca. Source of photo: internet