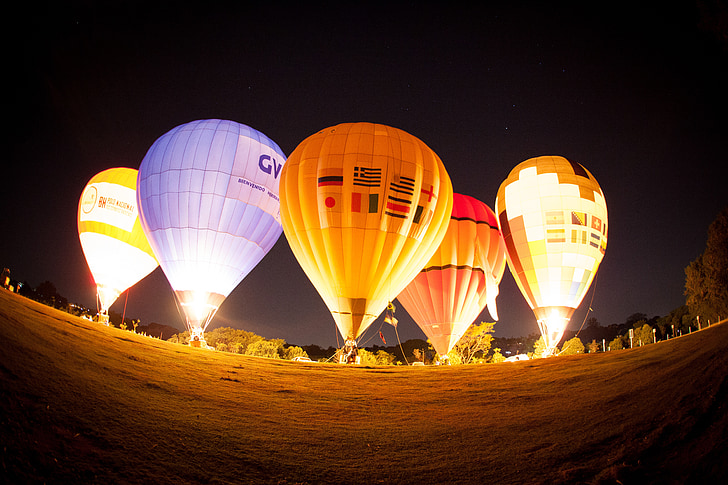 Facebook
Twitter
Pinterest
WhatsApp
Saudi AlUla Moments in association with SAHAB (Saudi Arabian Ballooning Federation) has jointly broken the Guinness World Records title for the world’s largest hot air balloon glow show.
The record was recently set at Hegra, the first Unesco World Heritage Site in Saudi Arabia. The site is famous for more than 100 carved Nabataean tombs which feature more than 2000 years of remarkably well-preserved inscriptions and symbols on the sandstone mountains.
A total of 142 brightly-lit balloons were streamlined together in a show over the ancient site that brightened the skies and illuminated the rock-strewn desert landscape, said a statement from RCU.
The previous record was also achieved in AlUla – during its arts and cultural festival, Winter at Tantora, in 2019 – that time it was with 100 balloons.
The event followed the signing of a MoU between the Royal Commission for AlUla (RCU) and SAHAB early this month, thus making AlUla the capital city of hot air ballooning activities in Saudi Arabia.
The world’s largest hot air balloon glow show was held as part of AlUla Skies, a new festival in the AlUla Moments event calendar.
The festival included sunrise and sunset balloon experiences with around 150 balloons each morning floating serenely over the stunning ancient site, it stated.
According to RCU, this is not the first time AlUla has broken world records. Maraya – the multi-purpose conference and entertainment venue – also holds a Guinness record title for the world’s largest mirrored building, featuring 9,740 sq m of mirrors, creating a stunning mirage reflecting the mountains and sandscapes of Ashar Valley.
AlUla Moments winter events calendar is designed to offer engaging, authentic arts, music and cultural experiences inspired by the land of civilisations. The events continue with AlUla Wellness festival and Arts AlUla running until the end of this month.
According to tradearabia.com. Source of photo: internet