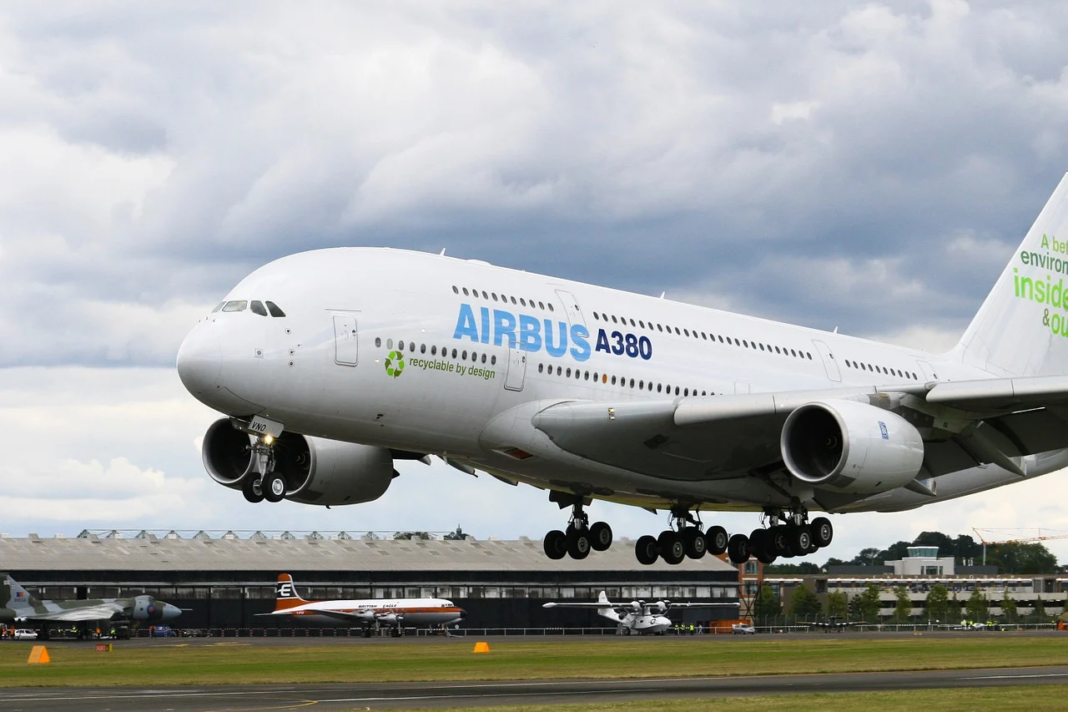 The largest passenger jet in the world, a double-decker behemoth just flew a three-hour intra-French test flight on Sustainable Aviation Fuel or SAF for short.

Hydro processed Esters and Fatty Acids (HEFA)—SAF’s key ingredient—are definitely not what your doctor would label as healthy cooking oil, but for powering the Rolls Royce Trent 900 engine on board, it proved successful on March 25th on a French flight from Toulouse to Toulouse, and in a second on March 29th from Toulouse to Nice.

Far from being an introductory step, Airbus craft are already certified under both the FAA and the European Aviation Safety Agency (EASA) to fly commercially with a blend of 50-50 SAF and kerosene. Nevertheless, the company hopes to achieve 100% SAF authorization by the end of the decade.

“Increasing the use of SAF remains a key pathway to achieving the industry’s ambition of net zero carbon emissions by 2050,” said Airbus in a statement.

First getting paint jobs in 2006, the A380 wasn’t as successful as the company had imagined, and the €25 billion total investment was never recouped over the 251 unit sales Airbus managed. However, the 853-seater aircraft completed 800,000 flights over 7.3 million block hours with no fatalities and no hull losses.

They’re also using the discontinued craft to test out three new experimental green hydrogen propulsion systems. SAF is more or less finished as a technology and requires little adaptation aboard existing passenger jets. Hydrogen, however, would provide a much greater reduction in-flight emissions, something the Airbus brass are very interested in investigating.

“I strongly believe that the use of hydrogen—both in synthetic fuels and as a primary power source for commercial aircraft—has the potential to significantly reduce aviation’s climate impact,” Guillaume Faury, chief executive for Airbus, said in February.