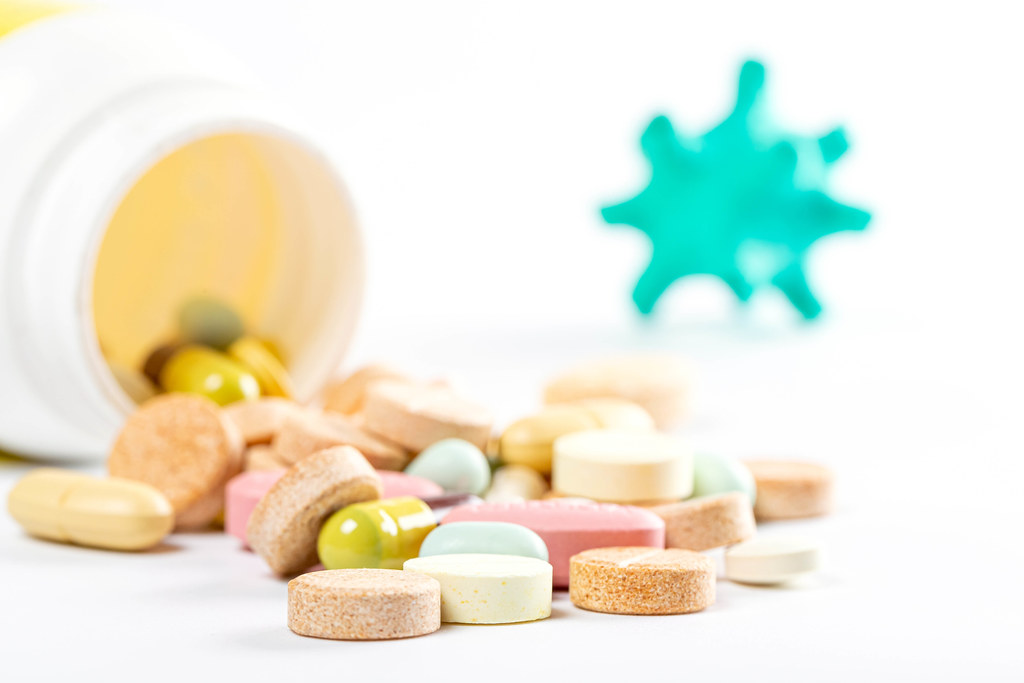 Recently, researchers at the University of North Carolina at Chapel Hill reported molnupiravir as the first oral and direct-acting antiviral that is highly effective at reducing nasopharyngeal SARS-CoV-2 infectious virus and viral ribonucleic acid (RNA) levels.

The study, which appeared in the pre-print server medRxiv, demonstrates that molnupiravir has a favorable safety and tolerability profiles, thus making it a promising antiviral against SARS-CoV-2.

As of June 25, 2021, SARS-CoV-2 has infected over 180 million people and led to the deaths of 3.9 million deaths globally. SARS-CoV-2 infection can lead to severe symptoms in vulnerable individuals, such as the elderly and those with comorbidities.

To date, there are no treatments that are currently available to eradicate this infectious virus and prevent its transmission to others. Scientists are therefore racing to find an effective drug, like an oral antiviral, to reduce disease progression and avoid transmission.

Molnupiravir is an experimental antiviral drug that is orally active and was originally developed for the treatment of influenza. Merck, known as MSD, developed molnupiravir in collaboration with Ridgeback Biotherapeutics. The drug is now being evaluated in Phase III clinical trial, the MOVe-OUT study, to treat non-hospitalized patients with laboratory-confirmed COVID-19.

Preclinical studies have revealed broad-spectrum antiviral activity of molnupiravir against several coronaviruses, including SARS-CoV-2. In humanized mouse models, the use of molnupiravir as both a treatment and prophylaxis was found to reduce viral replication and pathogenesis.

The current study was based on the results of a Phase IIa trial evaluating the safety, tolerability, and antiviral efficacy of molnupiravir when used to treat COVID-19.

The team included outpatients with confirmed SARS-CoV-2 infection and symptom onset within seven days. Study participants were randomly selected to either receive 1:1 to 200 mg molnupiravir or matching placebo, or 3:1 to molnupiravir (400 or 800 mg) or placebo. The participants received the drug orally twice daily for five days, with dose escalations being allowed after safety data from the current and other studies were completed.

Overall, 202 individuals were included in the study and received at least one dose of molnupiravir or placebo between June 19, 2020, and January 25, 2021, at ten sites in the United States. Of these, seven patients stopped participating in the trial due to adverse effects and participant withdrawal.

The team isolated infectious viruses from 43.5% of nasopharyngeal swabs at baseline. On the third day, isolated infections decreased to 1.9% in patients who received the 800 mg dose molnupiravir, which was comparable to 16.7% of participants who were given the placebo.

Further, infectious virus isolation also decreased on the fifth day in patients given 400 or 800 mg molnupiravir. No patients in either of these groups were found to exhibit contagious virus levels, which was comparable to 11.1% of those receiving a placebo.

The time to viral RNA clearance was decreased in participants who received the 800 mg dosage of molnupiravir as compared with those who had a placebo.

In terms of safety and tolerability, the drug was tied to few and mainly low-grade adverse effects. The incidence of treatment-related adverse events was lowest in the 800 mg group. The only adverse symptoms reported included headache, insomnia, and increased alanine aminotransferase levels.

The team concluded that in the Phase IIa clinical trial, molnupiravir was well tolerated and associated with potent antiviral efficacy. The researchers also reported reduced infection virus isolation and the time to elimination of SARS-CoV-2 RNA, as well as an increase in the number of participants who cleared viral RNA. Furthermore, molnupiravir was found to significantly reduce SARS-CoV-2 RNA levels from baseline as compared with those treated with a placebo.