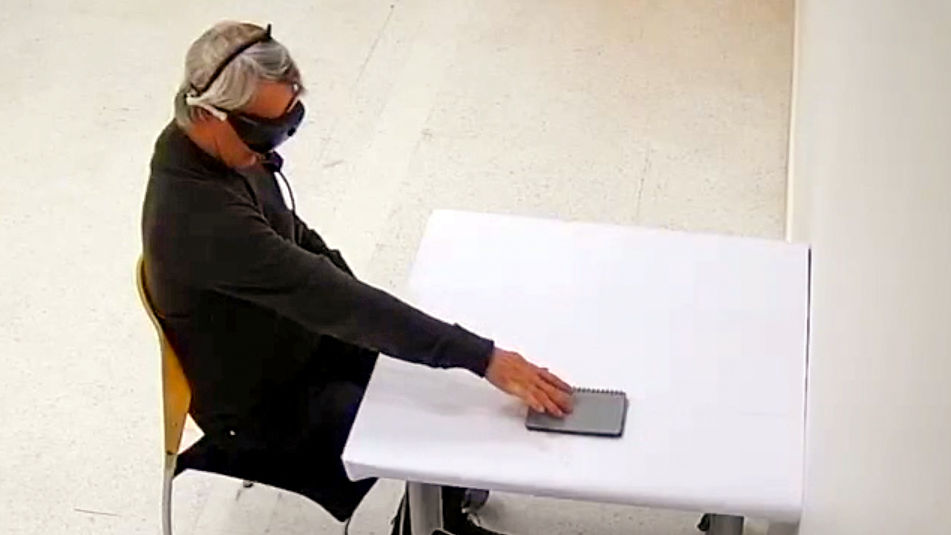 His vision gains are modest—he cannot see colors or discern faces or letters. But if the treatment helps other study participants, it may offer advantages over other vision technologies for severely blind people. And for neuroscientists, the result is a milestone: the first published report of using a relatively new technology called optogenetics to treat a disease in people.

“It’s not the kind of vision people dream of, but it’s a big step,” says Jean Bennett of the University of Pennsylvania, who works on gene therapy for blindness but was not involved in the study.

Optogenetics uses light to control neurons. Scientists add the gene for a light-sensitive protein called an opsin from algae or bacteria and then shine a light on the cell to trigger the opsin to change shape, which switches the neuron’s activity on or off. Since it was developed nearly 20 years ago, optogenetics has mostly been used as a tool to study brain circuitry in animals. But researchers hope it can one day treat diseases such as Parkinson’s and blindness.

“The eye is the simplest place” to start because it is small and easy to access, study co-leader Botond Roska, a physician-scientist at the University of Basel, said at a press conference last week.

The patients in the study—a clinical trial—have an inherited disease called retinitis pigmentosa and have lost the retinal photoreceptor cells that use human opsins to turn light into electrical signals relayed to the brain. But their eyes still have the ganglion cells that route these signals to the brain via the optic nerve. That means the patients could potentially gain vision by giving these cells a microbial opsin.

The first volunteer was a 58-year-old French man who began going blind 40 years ago. When the experiment started, he could sense light but could not distinguish shapes. He received an injection in his worse eye of a harmless virus called an adeno-associated virus, which carried the gene for an opsin from algae. The researchers waited a few months for the ganglion cells in the patient’s eye to begin to produce the new protein. Then they began to train him to use special goggles that amplify incoming light from an image and focus it on the retina in the amber wavelength sensed by the opsin.

Within a few months, the man reported he could see the white stripes at a pedestrian crossing while walking outside wearing the goggles. He was “very excited,” although perhaps “not as much as we were,” study co-leader José-Alain Sahel, a physician-scientist at the University of Pittsburgh School of Medicine and the Vision Institute in Paris, said at the press conference.

Then the man started to pass lab tests: He could usually find and touch dark objects set on a white table, such as a notebook or box of staples, that he could not see without the goggles. And he could count up to three glass tumblers (see videos below). When the patient wore an electrode-studded cap that measures brain activity, the signals showed activity in the visual cortex, the part of the brain involved in seeing, the team reports today in Nature Medicine.

The man also told the researchers his daily life has improved. Wearing the goggles, he said, he can more easily find a plate or phone or detect furniture or a door.

The seven other patients treated so far in the trial haven’t been able to complete training with the goggles because of the coronavirus pandemic. Some are receiving higher doses of the viral vector that could help them see in more detail, as could tweaks to the goggles, the researchers say—though none of these improvements would allow for color vision.

“It’s fabulous that they got this to work in humans,” says neuroscientist Pieter Roelfsema of the Netherlands Institute for Neuroscience. Right now, the only approved treatment for such patients is a device that sends signals from a camera mounted on a pair of glasses to electrodes implanted in the eye. It can improve light perception and allow some people to see shapes, but it requires surgery. Roelfsema’s lab is developing a brain implant that has helped monkeys see letters, but it would be “much more invasive” than an eye injection, he notes.

The company that sponsored the trial, GenSight Biologics, isn’t the only one working on optogenetics for blindness. RetroSense Therapeutics launched a trial 5 years ago but hasn’t reported results. Another company, Bionic Sight, reported in March in a press release that four patients can now “detect light and motion” when looking into a device similar to a virtual reality set.