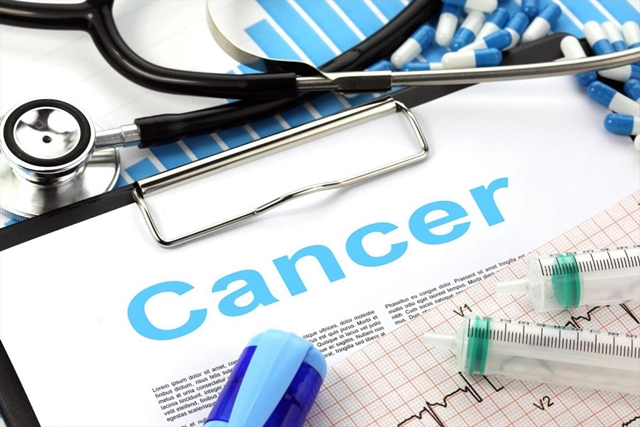 Researchers found that of over 6,600 apparently healthy people aged 50 and older, the blood test detected a possible cancer “signal” in roughly 1%. When those individuals had more extensive testing, cancer was confirmed in 38%.

Experts called the findings an “important first step” in seeing how the so-called multi-cancer early detection test could fit into real-world care.

“This is not ready for prime time,” stressed study co-author Catherine Marinac, a researcher at Dana-Farber Cancer Institute in Boston.

But if further studies confirm the blood test’s usefulness, she said, it could become a “game changer.”

The findings come from a study called Pathfinder, which is being run at multiple medical institutions across the United States to evaluate the Galleri blood test. It’s one of a number of blood tests being developed by various companies—all with the goal of providing “one-stop” screening for multiple cancers.

The Galleri test can screen for over 50 tumor types, including many that currently lack any routine screening test, such as pancreatic, liver and ovarian cancers.

But while that might sound like a panacea, there are pitfalls to any cancer screening. One is the risk of a false-positive result that leads to further, possibly invasive, testing only to find that no cancer is present—and all the anxiety and expense that could accompany that.

It’s important, Marinac said, to study not only how well multi-cancer early detection tests perform, but what happens when they are part of real-world care.

And ultimately, she said, a screening test needs to save lives. It will take much more research to show whether cancers detected by these blood tests are less likely to be lethal.

The Galleri test is made by GRAIL, a California biotech company that is funding the Pathfinder study. Galleri and similar tests under development work on a basic premise: They look for biological “signals” that cancer may be present, such as bits of DNA shed by cancer cells into the bloodstream.

The blood tests can also predict where in the body the potential threat is located, so doctors can decide which follow-up tests—such as imaging, endoscopies or biopsies—should be used.

The current findings are based on more than 6,600 adults aged 50 and up with no known cancer. Just over 1% tested positive on the Galleri test, and 38% of them were eventually diagnosed with cancer.

Of all patients with a positive blood test, more than 90% underwent more than one imaging test, while half had more than one invasive test—though many of those were performed in people who did turn out to have cancer.

The “diagnostic odyssey,” Marinac said, was longer for people who were ultimately not diagnosed with cancer: In those cases, doctors were typically hesitant to stop the diagnostic work-up after initial tests showed no cancer.

So for those patients, the diagnostic “resolution” took a median of 79 days—meaning half had a longer wait.

Importantly, the researchers found, when the blood test indicated no cancer was present, it was correct 99% of the time.

The results were presented Sunday at a meeting of the European Society for Medical Oncology in Paris. Studies released at meetings are generally considered preliminary until they are published in a peer-reviewed journal.

Oratz, who was not involved in the research, said it would be “fantastic” to screen for many cancers with a single blood draw. “But,” she stressed, “we’re not there yet.”

Cancer screening is complex, Oratz noted. Depending on their risk factors, some people need to start screening sooner, or have more-frequent or different types of tests, for example.

It’s not yet clear, Marinac said, who should be screened with any multi-cancer early detection test, how often they would need to be done, or whether frequency should vary depending on people’s risk factors.

Both experts stressed that people should continue with existing screening tests for diseases like breast, cervical and colon cancers.

Talk to your doctor, Oratz said, about which screenings you should be getting.

At this point, no multi-cancer early detection test is approved by the U.S. Food and Drug Administration. Galleri is available for doctors to order, as a “laboratory developed test”—which the FDA has historically not regulated, according to the U.S. National Cancer Institute.

But patients would likely have to pay for the test, the institute says, and possibly any diagnostic tests used to follow up on a positive result.

According to medicalxpress.com. Source of photo: internet