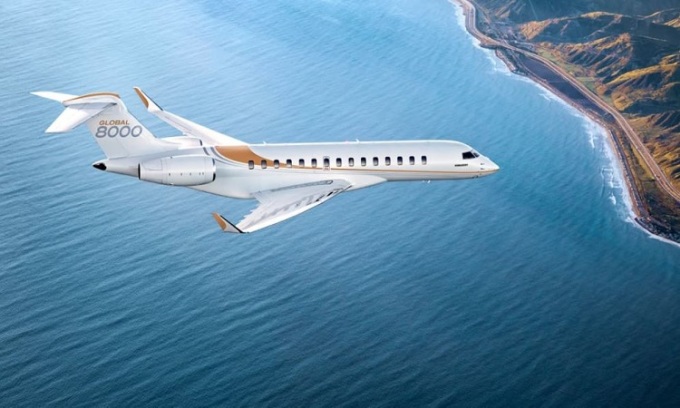 The Global 8000 jet, which is of the same size as the 19-seater Global 7500, will come equipped with General Electric’s Passport Engine, Bombardier added.

Passengers will have one of the smoothest rides, says Bombardier, thanks to a Smooth Flex Wing, allowing flight in any weather, from even the shortest runways.

Super-efficient Passport engines power the jet. These are the engines used on the Global 7500’s record-breaking business flight from Sydney to Detroit using a single tank of fuel.

And with one of the healthiest cabins in the sky, according to Bombardier, the jet operates at a cabin altitude of 2,900 feet when flying at 41,000 feet. The Canadian company also ensures some of the fastest fresh air replacement systems on the market.

The plane will enter service in 2025 and compete with high-end models offered by rivals General Dynamics and France’s Dassault Aviationy.