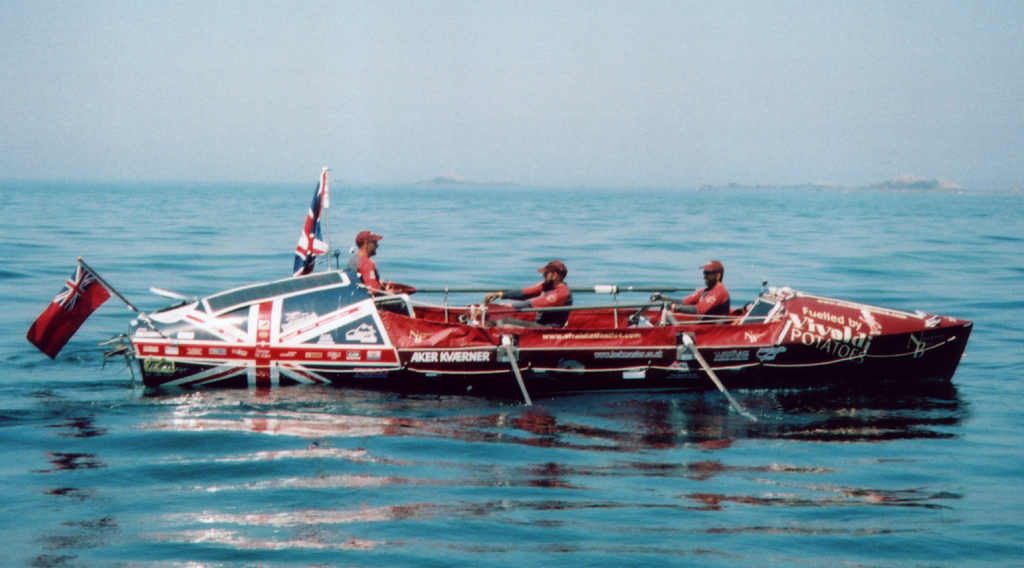 Three British women, one of whom has incurable cervical cancer, have shattered the world record for rowing across the Atlantic.

The women completed the 3,000-mile crossing from La Gomera in the Canary Islands to the English Harbour in the Caribbean island in 42 days, seven hours and 17 minutes, knocking seven days off the previous female trio record.

The three, who were taking part in the Talisker Whisky Atlantic Challenge, were given an emotional dockside welcome by family and friends who had flown out to celebrate with them as they arrived.

As they stepped on to land for the first time since 12 December, they said they felt “wobbly, overwhelmed and happy”.

It is thought Ms Cordiner is the first person to tackle the challenge as a cancer patient.

Ms Cordiner had planned the feat for some time but had to put her training on hold when, despite initial treatment, her cancer worsened.

“I found out in the interim that I had a cardiac tumour thrown in, so had to have heart surgery as well,” she said.

“It was only in May last year that I started training and I’m just glad that I got to start the race and ecstatic that I got to finish it.”

She added that she is now in remission but “doctors have told me I don’t have decades, I have years, so I really want to make the most of them”.

Her teammate, Ms Johnston, added that the race itself was “absolutely brutal” but “worth it when you pop those flares on the finish line and hear you have broken a world record.”

Ms Cordiner, 42, Ms Irving, 31, and Ms Johnston, 32, were on a 25ft boat – called Dolly Parton – rowing two hours on and two hours off continuously and unsupported.

When they set off, Camilla, Duchess of Cornwall, sent them a hand-written good luck message.

During their trip, they had to contend with scorching heat, huge waves, sleep deprivation, blisters and callouses on their hands and sharks.

Ms Cordiner was diagnosed with cervical cancer in March 2019, completely by chance as she was having her eggs harvested in the hope of having a baby in the future.

Once her eggs were harvested, she had her ovaries removed. Currently, she is only taking drugs to deal with the effects of early menopause.

She said: “I don’t know how long I’ll be in remission. A lot of people think cancer/chemo/death. But today the drugs are so much better – you can live your life with cancer. People live for years on treatment.”

According to news.sky.com. Source of photo: internet