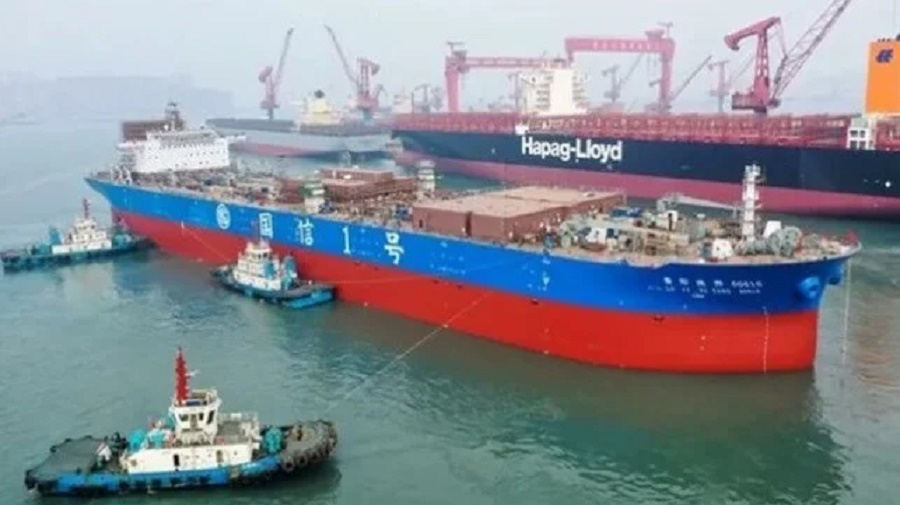 The size of an oil tanker, Guoxin 1 is a 100,000 tonnes vessel that China boasts will yield over 3,700 tons of fish annually. Qingdao Guoxin Development Group which will be operating the vessel plans to build four ships after having proven some of its concepts on a smaller vessel and ultimately plans for a fleet of 50 floatings, mobile fish farms.

Construction on the first vessel, Guoxin 1 started at CSSC’s Qingdao Beihai Shipbuilding in December 2020. The vessel measures 816 feet in length with 15 tanks twice the size of normal pools. It has nearly 900,000 square feet or over 19 acres, of capacity in the tanks. Among the challenges in the design and construction of the vessel were controlling both the sound levels aboard and vibration. Details were not provided on the propulsion system or speed of the vessel.

According to CMG, the ship can handle 3,700 tonnes of fish annually, including yellow croakers, groupers, and Atlantic salmons.

Two identical ships, Guoxin 2 and Guoxin 3 are reportedly already under construction and due for delivery by March 2024. The fourth ship will be an “improved version” for which they plan to start construction in late 2023.