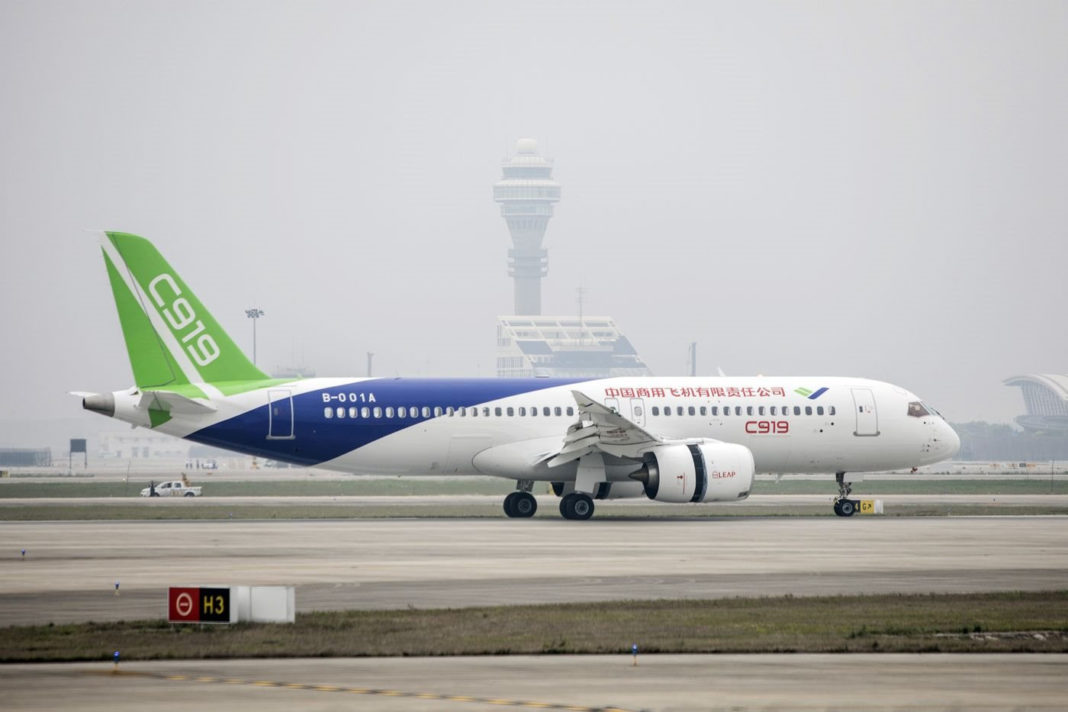 The plane, a rival to the Airbus (EADSY) A320neo and Boeing (BA) 737 MAX single-aisle jet families, is expected to make its maiden commercial flight next spring. It was certified for safe operations in September and mass production in November.

The plane, delivered to China Eastern, has 164 seats and was painted with “the world’s first C919” on its side in Chinese and English. Its maiden route will be between Shanghai and the capital Beijing.

China Eastern said Friday it plans to receive the remaining four of its first batch of C919 orders over the next two years. That compares with earlier plans to get all four next year.

The C919 currently relies heavily on Western components, including engines and flight control systems, from companies such as GE (GE), Safran (SAFRF), and Honeywell International (HON). China is trying to raise the proportion of domestic parts in the C919 and an alternative engine called the CJ-1000A is under development.

Commercial Aviation Corp of China (COMAC) is expected to produce around 25 C919s per year by 2030, far lower than the current monthly rates of narrowbody production at its rivals.