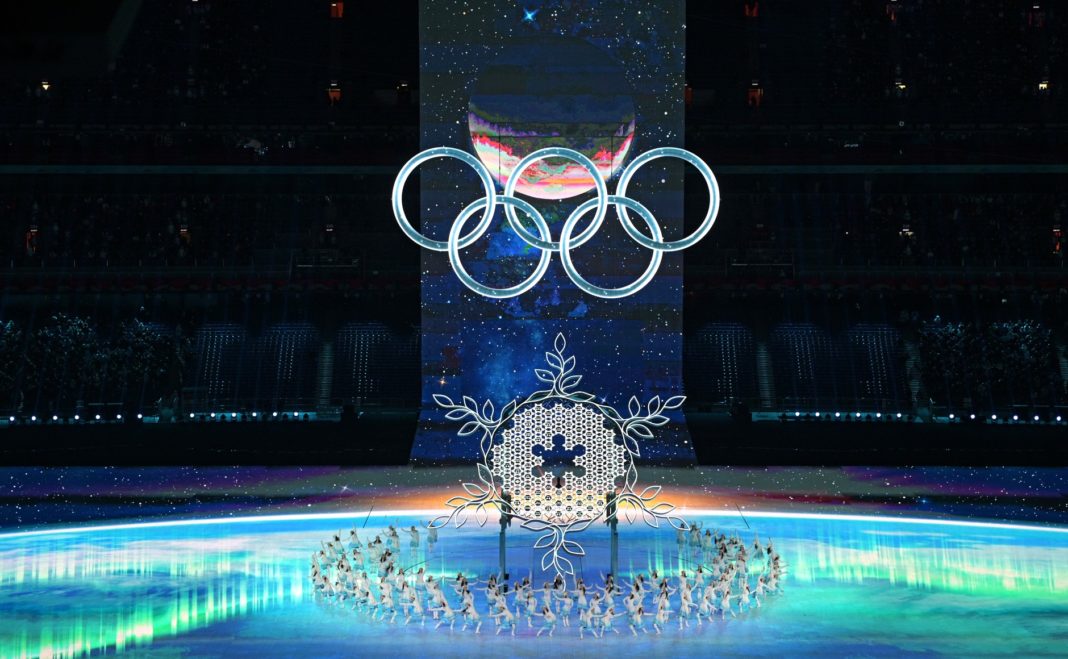 That, to put it mildly, was a highly provocative act. Human rights organisations have branded these Olympics “the genocide games”, and accused China of holding a million Uyghurs against their will in re-education centres. China’s response told those groups it didn’t care, and these Games would be held on its terms.

Ironically, before then, the overwhelming message of the opening ceremony was all about peace. At one point placard holders of all 91 countries competing in Beijing came together to form a giant snowflake and symbolise all people living in harmony. At another, hundreds of young children danced and smiled and held white doves in the air as this spectacular show reached its denouement.

In between, John Lennon’s Imagine played as speed skaters created harmonic images on the stage, and Thomas Bach, the president of the International Olympic Committee, called for an Olympic truce between warring nations.

It was masterfully put together by the film director Zhang Yimou, who also directed the opening and closing ceremonies in 2008, and amounted to a sensuous tugging of the heartstrings. But it was also a mirage. 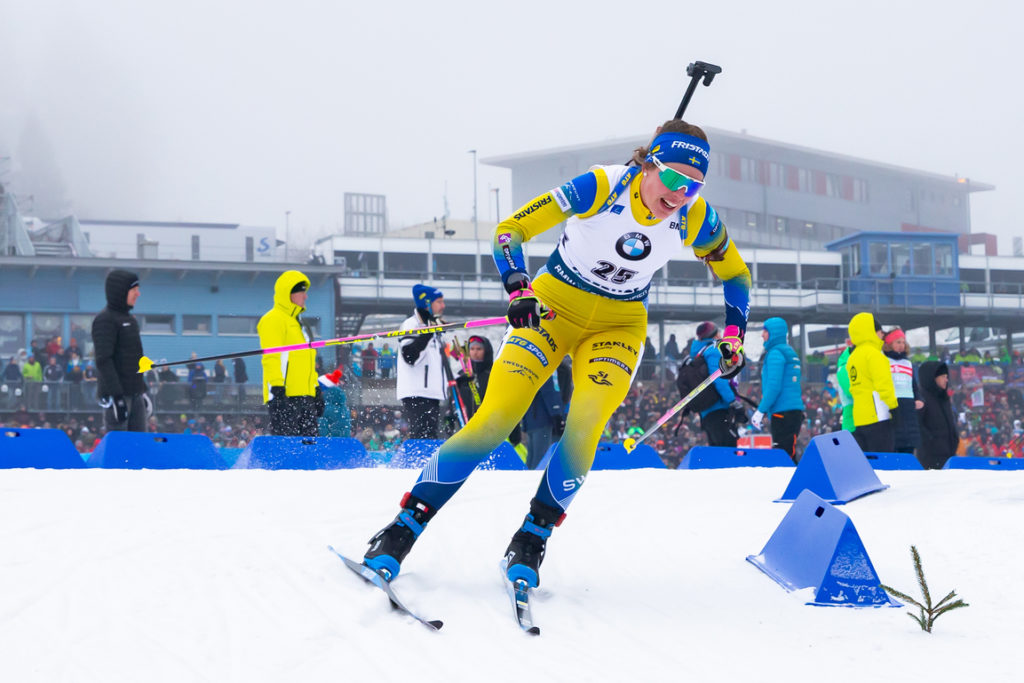 For no amount of odes to peaceful coexistence can hide the fact that these Games will be the most controversial and difficult since Moscow in 1980. Perhaps even Berlin 1936.

The fact that the US, Britain, Canada and others are staging a diplomatic boycott in protest at China’s human rights record is obviously a major factor. But the severe Covid restrictions, athletes in quarantine, the lack of real snow, and a shortage of spectators are significant too.

On the eve of these Games, Bach had refused to be drawn on the repression of more than a million Uyghurs, insisting that the Games must stay politically neutral otherwise they would fracture and fall apart. No one, though, had passed the memo to China’s president, Xi Jinping.

When Xi was introduced to the crowd of around 25,000 bussed-in spectators before the ceremony began, TV cameras captured him waving and accepting applause for longer than usual, as if he was accepting several encores before the Games had even started.

Within the first 15 minutes, a Chinese flag was also passed through a crowd of people said to represent ethnic groups across the country, while soldiers carrying the flag were then seen marching across the stadium. When it comes to the Olympics, as Clausewitz almost said, sport is the continuation of politics by other means.

Later, when Xi declared the Games open, the ferocious fireworks that followed sounded like a 21-gun salute.

Officially this Winter Olympics is all about engaging 300 million Chinese people in winter sports, and also promoting – to quote Xi – “regional development, ecological conservation, green and innovative solutions and the betterment of people’s lives in China”. No one believes that.

China is proud that Beijing is the first city to host both summer and winter Games, and over the next 17 days it will hammer the point home. As Cai Qi, the president of the organising committee, told the crowd: “Seven years ago we promised the world a joyous rendezvous on pure ice and snow, setting out a new Olympic journey. China is now writing a new chapter in the history of the Olympic movement. A long cherished dream is becoming a reality.”

Meanwhile Bach – whose faith in the Olympics is such he probably believes it could turn water into wine – made the Games sound like an evangelical experience. “Over the next two weeks you will compete with each other for the highest prize,” he said. “At the same time, you will live peacefully together under one roof in the Olympic Village. There – there will be no discrimination for any reason whatsoever.

“In our fragile world, where division, conflict and mistrust are on the rise, we show the world: yes, it is possible to be fierce rivals, while at the same time living peacefully and respectfully together.

“This is the mission of the Olympic Games: bringing us together in peaceful competition. Always building bridges, never erecting walls. Uniting humankind in all our diversity.”

Bach wasn’t finished there. Addressing a rogue’s gallery of leaders that included the Russian president, Vladimir Putin, and Mohammed bin Salman, the Saudi crown prince accused of approving the murder of the journalist Jamal Khashoggi, he added: “In this Olympic spirit of peace, I appeal to all political authorities across the world: observe your commitment to this Olympic truce. Give peace a chance.”

Earlier, when crowds arrived at the Bird’s Nest stadium they were handed hats and blankets to protect them from the freezing conditions, as well as mini Chinese flags. Plenty then waved them at the home team as they stepped out to the accompaniment of Ode to the Motherland, a communist anthem written in 1950.

“Five-star red flags are fluttering in the wind,” it begins. “How clear and bright are the sounds of victory songs! Singing for our dear motherland, from now step towards prosperity and strength.”

At one point the camera panned to a smiling Xi, who was no doubt satisfied with a job well done.