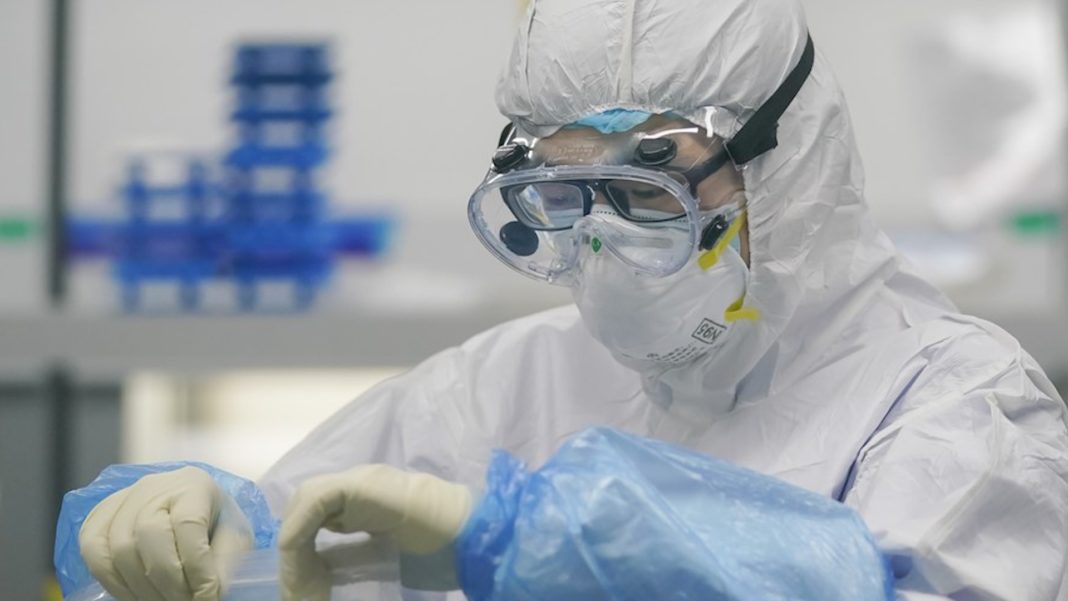 The Wuhan Institute of Virology is home to a biosafety level four lab accused of conducting so-called gain of function research. The director of that lab, Yuan Zhiming, detailed Chinese labs’ safety deficiencies in a 2019 review.

“Several high-level BSLs have insufficient operational funds for routine yet vital processes,” Yaun wrote according to Financial Times. “Due to the limited resources, some BSL-3 laboratories run on extremely minimal operational costs or in some cases none at all.”

Security personnel gather near the entrance of the Wuhan Institute of Virology during a visit by the World Health Organization team in Wuhan in China’s Hubei province on Wednesday, Feb. 3, 2021. (AP Photo/Ng Han Guan) (AP)

China has a “medium” level of biosecurity preparedness compared to the U.S.’s “high” level, according to the Global Health Security Index. The country passed a new law to improve biosafety last year, and in January 2020 biosafety labs working with Sars-Cov-2 samples were ordered not to release information about the virus without government clearance, the Financial Times reported.

The lab-leak theory has gained credibility in the U.S. and abroad in the past few weeks after a bombshell Wall Street Journal report revealed that three researchers at a Wuhan virology lab had displayed COVID-19 symptoms in late 2019 – well before the pandemic. But it remains unproven, as do competing hypotheses about how the virus first came to infect a human.

“We don’t know that’s what’s happened, but a lot of data have probably been destroyed or made to disappear so it’s going to be difficult to prove definitely the case for a ‘gain-of-function chimera’ being the cause of the pandemic,” Richard Dearlove, the former head of the UK’s MI6 intelligence agency, told the Telegraph.

Gain-of-function research is controversial and involves manipulating and strengthening viruses.

However, whether or not there’s any physical evidence on hand may not matter.

“We’re not going to go in there and see the evidence anyway, doesn’t matter if it was there, if it wasn’t there,” former CIA Moscow station chief Daniel Hoffman, a Fox News contributor, said Thursday. “The Chinese aren’t going to give us the evidence, but all that matters is there was evidence at one time.”

According to Fox News’ Michael Ruiz, Rich Edson and Adam Shaw contributed to this report.