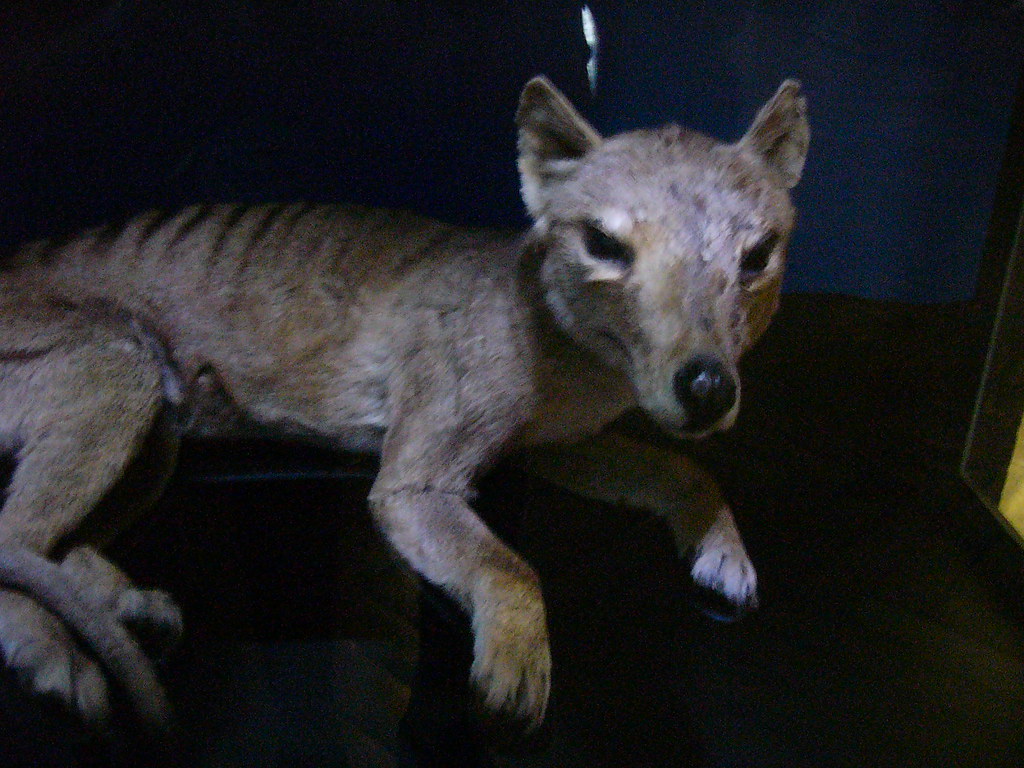 A stunning restoration of 88-year-old archival footage provides a colorized view of the last Tasmanian tiger in captivity.

The National Film and Sound Archive (NFSA) of Australia commissioned the restoration to commemorate National Threatened Species Day, which the country recognizes every September 7. The date marks the death of Benjamin, the last known Tasmanian tiger, who died in captivity in 1936. Samuel François-Steininger from Composite Films performed the colorization, according to an NFSA press release.

The project required high tech, meticulous research, and a dash of artistry. The source footage was taken by naturalist David Fleay at the Beaumaris Zoo in Hobart, Australia, in December 1933. The silent film is nearly 80 seconds long, and it is the longest single film among the 10 thylacine films known to exist. The footage shows Benjamin pacing around his enclosure, lying down, yawning, sniffing, and scratching. The NFSA restored the 35 mm nitrate film, providing François-Steininger with a digitized 4K version.

“For the thylacine, I faced a different kind of challenge—and responsibility. I had to take care of the rare filmed footage and pay tribute to the last representative of a species, which disappeared 85 years ago,” François-Steininger said in the press release. “I care a lot about animals and discovered the story of the thylacine while I was living in Australia in 2012, and it really moved me.”

The project proved to be difficult, as the high-definition quality meant there was a lot to colorize, including dense patches of fur and straggly bits of hair. Moreover, François-Steininger needed to get the color just right, as well as the tints and shades. To that end, he referenced thylacine skins preserved at museums, sketches and paintings, and written descriptions. The whole thing took him about 200 hours, and the final product is quite excellent.

“I am very happy and proud to pay tribute to the thylacine on this special day,” said François-Steininger. “I hope this project will help to communicate and raise awareness of plants and animal species at risk of extinction.”

On a related note, more recent footage of Benjamin exists, but it only came to light last year. The footage, taken by filmmaker Sidney cook in March 1935, was considered for the colorization project, but the Fleay footage was deemed a better fit for colorization.

While the thylacine is almost certainly gone forever, ambiguous sightings continue to be reported, and some scientists argue that the animal was still alive in the early 21st century.