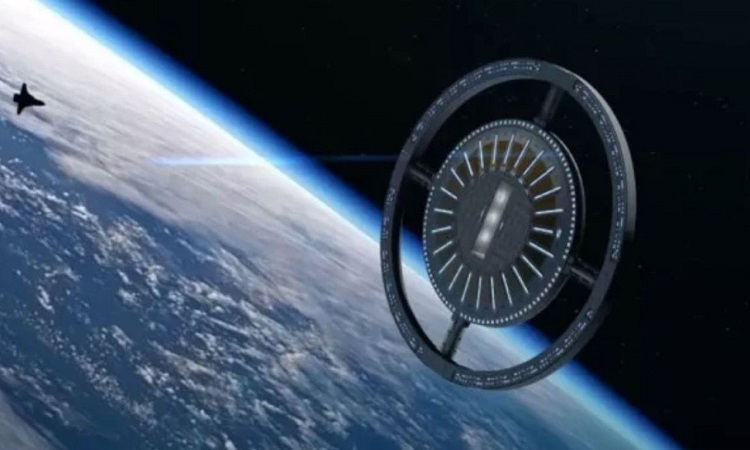 OAC, a manufacturing firm centered on the colonization of space, discussed Voyager Station during a video press junket late last month. The Jan. 29 “First Assembly” virtual event served as an update for interested investors, marketing partners and enthusiastic vacationers hoping to someday book a room aboard the rotating Voyager Station. The project’s roots go back a number of years.

John Blincow established The Gateway Foundation in 2012. The organization’s plans include jumpstarting and sustaining a robust and thriving space construction industry, first with the Voyager Station and The Gateway commercial space station — “important first steps to colonizing space and other worlds,” the foundation’s website states. OAC was founded by the Gateway Foundation team in 2018 as a way to help make these dreams come true.

The hour-long Jan. 29 presentation and Q&A session was hosted by OAC medical advisor Shawna Pandya and streamed live on the company’s YouTube channel. During the event, the space construction company revealed its schedule for the next chapter of human space exploration.

Its team of skilled NASA veterans, pilots, engineers and architects intends to assemble a “space hotel” in low Earth orbit that rotates fast enough to generate artificial gravity for vacationers, scientists, astronauts educators and anyone else who wants to experience off-Earth living.

As a multi-phase endeavor requiring funds to realize the dream, OAC is now officially open for private investors to purchase a stake in the company at $0.25 per share, until April 1, 2021.

Voyager Station is patterned after concepts imagined by legendary rocket scientist Wernher von Braun, one of the main orchestrators of NASA’s Apollo program. The 650-foot-wide (200 meters) wheel-shaped habitat will spin with an angular velocity high enough to create moon-like levels of artificial gravity for occupants.