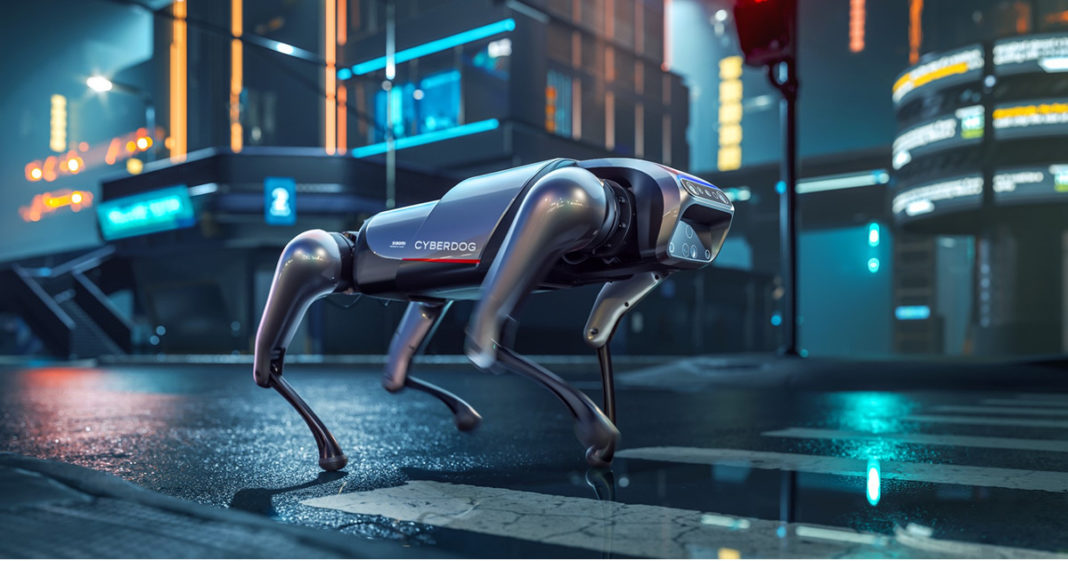 CyberDog is the latest example of tech companies embracing the quadrupedal form factor in robotics. The most notable example of the trend is Spot, a machine built by US firm Boston Dynamics. Spot went on sale last year for $74,500 and has been put to a range of uses, from surveying dangerous mines to helping doctors connect with patients remotely. It’s also been tested by both law enforcement and the military, though not as a weapon.

It’s not clear what purpose Xiaomi envisions for CyberDog. In a press release, the company stressed the open-source nature of the machine’s design and that it would release only 1,000 units initially for “Xiaomi Fans, engineers, and robotic enthusiasts.” The company says it hopes these first users will “propel the development and potential of quadruped robots” and is pricing the robot to sell. The first 1,000 units will cost just 9,999 Yuan, or roughly $1,540 (though it’s not clear if this price will be the same for any future releases).

The same press release highlights CyberDog’s “pet-like nature,” including its ability to respond to voice commands and follow its owner like a real dog. Looking at pictures of CyberDog, though, it’s clear Xiaomi isn’t pitching the machine as a rival to Aibo, Sony’s own robot canine. While Aibo is small and cute, CyberDog is sleek and futuristic — even a little menacing. Renders of the machine make it look like the protagonist in a sci-fi TV show, pacing up stairs and appearing silhouetted in doorways. Inevitable comparisons to Black Mirror’s “Metalhead” episode will be made, as they always are.

Xiaomi says CyberDog is nimble enough to perform backflips, has a maximum payload of 3kg, and can trot along at speeds of 3.2m/s (compared to Spot’s 1.6m/s). It’s powered by Nvidia’s Jetson Xavier AI platform and is equipped with an array of cameras and sensors. These include touch sensors, a GPS module, an ultra-wide-angle fisheye lens, and Intel’s RealSense D450 camera for depth-sensing. These components enable the robot to navigate semi-autonomously. 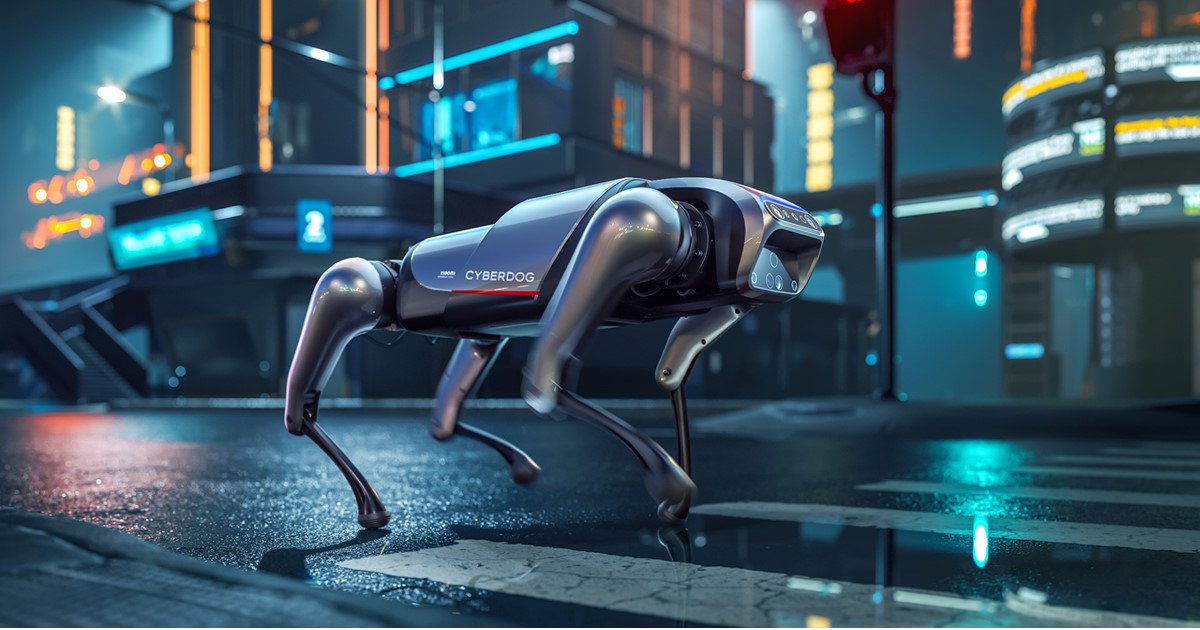 “CyberDog can analyze its surroundings in real-time, create navigational maps, plot its destination, and avoid obstacles. Coupled with human posture and face recognition tracking, CyberDog is capable of following its owner and darting around obstructions,” says Xiaomi. The machine can also respond to voice commands, including recognizing wake words and instructions, or it can be controlled using a connected smartphone app.

CyberDog also has three USB-C ports and one HDMI port, which Xiaomi says can be used to customize its hardware. The company suggests lidar sensors, panoramic cameras, and search lights could all be added to the robot.

The release of CyberDog by Xiaomi is very interesting, though not necessarily as a product in its own right. Instead, it says a lot about the current robotics landscape and the accessibility of this tech.

Boston Dynamics popularized the quadrupedal format for robots, and companies around the world are now exploring exactly how and where such machines can be deployed effectively. The price of this hardware has been falling though, allowing for new use-cases to be explored. Earlier this year, Chinese robotics firm Unitree released a quadrupedal bot that cost just $2,700, and Xiaomi’s own CyberDog undercuts that again. Obviously, the capability of these machines will not be identical, but broader access to the technology will show whether it’s worth these firms pursuing at all.