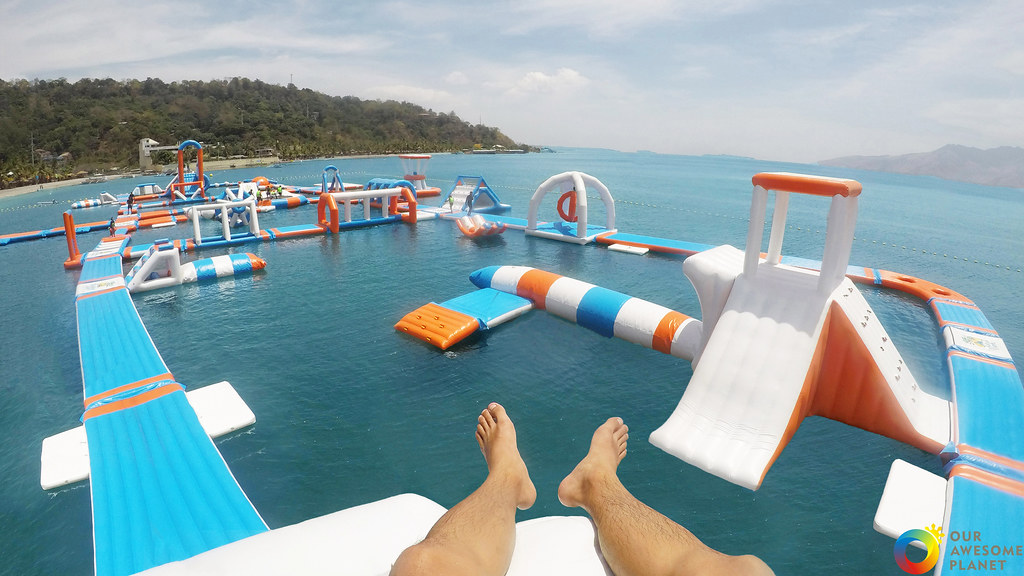 The Dubai Festivals and Retail Establishment (DFRE) celebrated a new world record it achieved for Dubai, where its “AquaFun” has officially received a World Records certificate for being the world’s largest inflatable water park.

AquaFun opened in 2016 along the JBR beach, as an entertainment destination that offers an obstacle course full of physical challenges and thrills on the water. It has been designed to suit visitors of all age groups.

The park is now three times its first size with its renovated inflatable water theme in the form of the official logo of Dubai with a heart representing the phrase “I love Dubai” (the name of Dubai in a way that overlaps between Arabic and English). The waterpark’s design is inspired by Dubai’s official logo, as a tribute to the city’s creativity, innovation and dedication to its people.

The AquaFun water park, which is the largest of its kind in the world covering an area of about 5,000 square meters, can accommodate up to 500 people concurrently. This gives opportunity to the largest number of visitors to enjoy the park and its diverse activities in a safe place with nine rescuers available throughout the working hours from 9:00 am to sunset.

Commenting on this great achievement, Ahmed Al Khaja, CEO of Dubai Festivals and Retail Establishment (DFRE), said, “Achieving another world record for Dubai during the Dubai Shopping Festival is a new achievement that we are proud to add to the city’s glorious record.”

He continued, “This important event has contributed to consolidating Dubai’s position as one of the best global cities to live and work in and visit through enriching the experiences of its visitors. AquaFun park is a prime example of local projects that have grown greatly to now provide a fantastic entertainment and fun for its visitors on the beach.”

“We congratulate the team on this achievement, and we are confident that this global winning will increase the popularity of this amazing water park, as well as certainly contributing to reinforcing Dubai’s position as a leading entertainment destination,” Al Khaja added.

For his part, Ahmed Ben Chaibah, CEO and Founder of AquaFun, said, “We are very glad with the title. When we established this project five years ago, our ambition was to offer fun and entertainment to Dubai visitors in the Dubai Marina and JBR through a world-class entertainment destination.”

Meanwhile, Talal Omar, Director of the Middle East and North Africa (MENA) region at Guinness World Records, said, “The Dubai’s obtaining of world records is not new, as it constantly amazes us with its creativity and determination to constantly compete with itself. The same applies to its citizens and residents.”

According to www.gulftoday.ae. Source of photo: internet