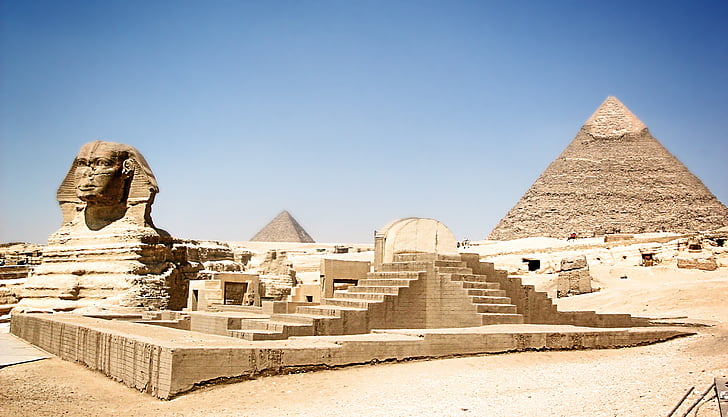 Egyptian creative community hub Tutera announced the launch of the first phase of Metatut, the first Egyptian city entering the metaverse, an immersive virtual environment. It is the largest project and the first of its kind developed in this field in Egypt, in cooperation with Cube Consultants, a Cairo-based architectural visionary studio.

Ashraf Abdel Mohsen, chairman of the board of directors of Tutera, told Al-Monitor that the metaverse is now arousing the interests of major countries and international companies, as it will shape the future of the world in all fields.

“There is no doubt that it will completely change the way in which people live in our contemporary world. Countries that will not be able to deal with that reality and understand its challenges will fall behind, which confirms the importance of investing in the metaverse,” he said. “Therefore, we launched the virtual city of Metatut to reflect the strength and history of the Egyptian civilization.”

The idea of the city of Metatut is to bring back King Tutankhamun, who ruled from 1333 B.C. until his death in 1323 B.C., to continue his dream for Egypt and its people in another time in the virtual world and built a virtual city, to bring back the spirit of ancient Egyptian civilization in a modern and futuristic theme.

Abdel Mohsen said this is how the idea came about of establishing a city in the metaverse virtual world in a different, diverse and free way — a virtual city whose visitors and residents live a unique experience that combines the ancient Egyptian civilization in a modern way with an imaginary civilization of the future, in which residents and visitors are engaged in all aspects of life, including housing, business, trade, education, entertainment, as well as innovative areas of the imaginary world.

On Nov. 30, Tutera launched the first phase of the virtual city through the opening of the Avenue of the Kings, Gate of the Pyramid of Tutera and Enchanted Melody Square.

Sherif Shaaban, scientific adviser of the project, told Al-Monitor that the Avenue of the Kings symbolizes the Valley of the Kings and Queens through columns on which the cartouches of the 20 most important kings of Egypt throughout ancient history are carved in addition to their achievements.

The Royal Road ends with the Great Pyramid, inside which is another pyramid that represents the Pyramid of Khufu or the Hall of Khufu in the city, and between them there is an integrated city, and underneath it are centers for scientific research for astronomy, space tourism and various educational areas.

Enchanted Melody Square is an arena for performances, festivals, celebrations and conferences.

“It hosted the opening ceremony of the first phase with a performance of Hisham Kharma, who thus became the first Egyptian composer to perform in the new Egyptian metaverse,” Shaaban said.

The second phase of the virtual city will be launched Dec. 12 with the opening of Aten Hall (Hall of the Sun) and the Palace of King Akhenaten.

The Hall of the Sun is the main gate to the outskirts of the city of Akhenaten, Tel el-Amarna, where the portico of Aten, surrounded by the towers of the lost city, extends over a bridge floating in space to reach the hall of celestial bodies surmounted by the solar system, where all the planets revolve around the sun, which symbolizes Aten, disk of the sun, an aspect of the sun god Ra.

The third phase of the virtual city will be launched Dec. 21 with the opening of Queen Nefertiti Palace. It has many halls that represent wonderful exhibitions of everything related to women, beauty and fashion associated with the ancient Egyptian civilization.

Shaaban said that the project is inspired by the ancient Egyptian civilization’s principles or laws of Maat.

“There is no racism, no hate, no homosexuality, no harassment. The city welcomes all people so that they feel safe. The one who violates will be banned from entering the city,” he added.

Somaya Bahy Eldin, general manager of the project, told Al-Monitor that the city does not solely focus on tourist visits, but rather that it is developed for educational purposes, whether in universities or schools, by explaining the curricula within a virtual world that talks about the topic of the lesson. For instance, when explaining the history of Rome the walls turn into a Roman theater and show the wars of the periods.

She said that entering the city in the metaverse will be free of charge for the part dedicated to visiting the sites currently available, and that with further development the project may host marketing aspects of products, so anyone can sell their products inside the virtual world and visitors shop within it.

According to www.al-monitor.com. Source of photo: internet