The people Gislov and Trelleborg, two small Swedish towns located about 10 minutes apart, were originally alarmed by the bright purple sky above them, but their worries were quickly put to rest by the representatives of a nearby tomato farm, who explained that the unnatural night sky color was caused by a new energy-saving system they had installed. The large LED installation cast a purple light on the plants, stimulating growth, but also glowed upwards, illuminating low clouds from below and creating a sci-fi effect. 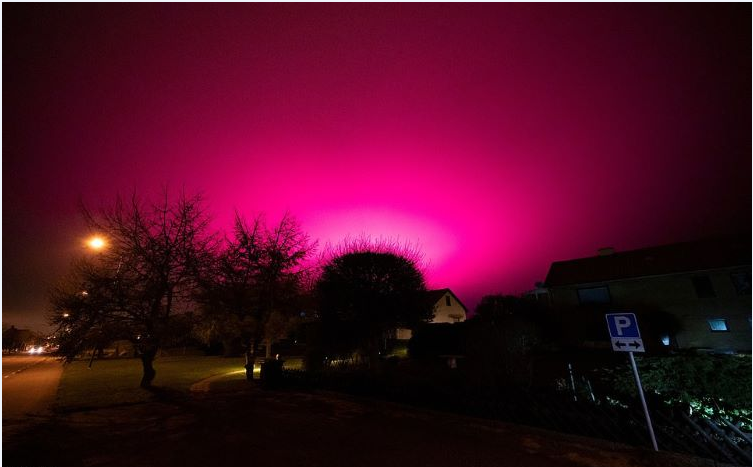 Photos of the purple night sky started circulating on social media, getting mostly positive reactions from users who loved the otherworldly effect, but things were very different on location. Residents in both Gislov and Trelleborg started complaining about the bright purple lights, saying that they shone into their homes at night, making it difficult to fall asleep.

On November 6, the tomato plant, one of the largest in Sweden, began turning the lights off between the hours of 5pm and 11pm, and also put out a statement explaining their decision. 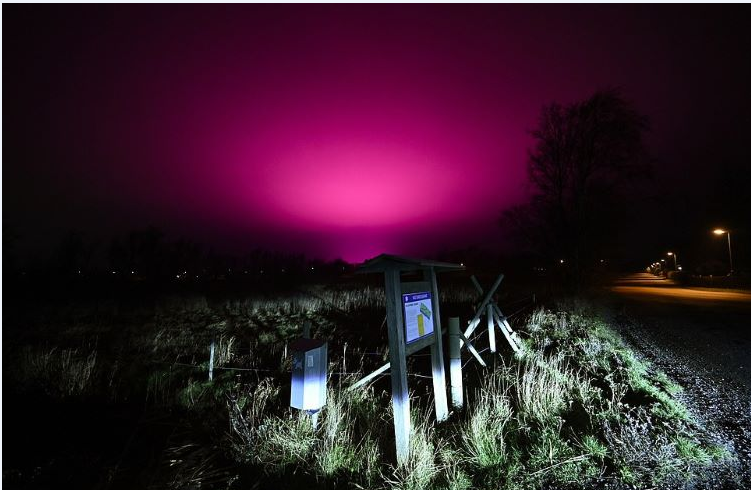 “As a first step, we have chosen to turn off the entire tomato cultivation in the evenings,” the statement by Alfred Pedersen & Son read. “Although this will be a step back for us. People were not meant to be angry. We just wanted to save electricity and grow more.”

Swedish outlet SVT recently reported that the purple light also seems to confuse birds in the area, as they reportedly “get caught” in the light and fly around in it for hours. No one knows exactly why birds do this, but it’s a known phenomenon observed primarily around lighthouses and strong projectors that create visible light cones.