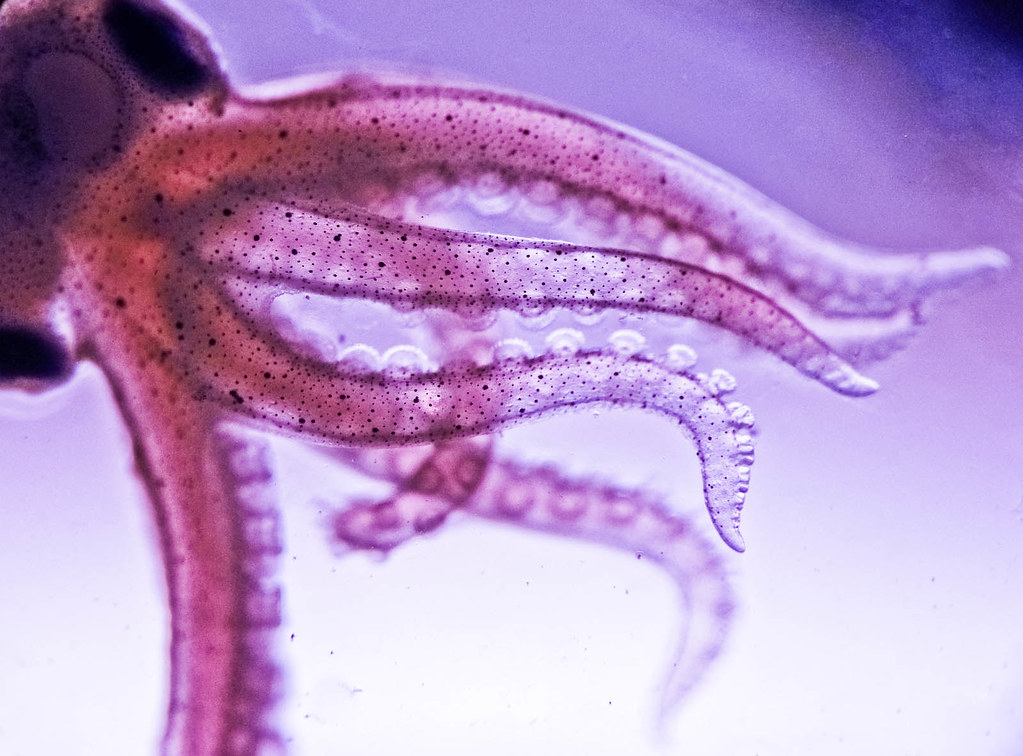 While on a 34-day journey in a remote corner of the Pacific Ocean, marine biologists recently made two rare sightings of a science fiction-worthy creature: a glass octopus.

In addition to seeing the almost entirely translucent being with their own eyes, the group of scientists also managed to capture some of the only live footage of glass octopuses ever recorded.

The biologists aboard Falkor, a Schmidt Ocean Institute research vessel, were conducting high-resolution seafloor mapping of the remote Phoenix Islands Archipelago when they spotted the octopus and other “likely new marine species and deep-sea organisms,” according to a press release.

“It has been very inspiring to help document the biodiversity of unexplored seamounts on the high seas and in U.S. waters,” expedition chief scientist Dr. Randi Rotjan of Boston University said in the statement.

The glass octopus — or vitreledonella richardi — is almost entirely colorless and see-through, except for its optic nerve, eyeballs and digestive tract.

“The Ocean holds wonders and promises we haven’t even imagined, much less discovered,” said Wendy Schmidt, co-founder of Schmidt Ocean Institute. “Expeditions like these teach us why we need to increase our efforts to restore and better understand marine ecosystems everywhere–because the great chain of life that begins in the ocean is critical for human health and wellbeing.”

In addition to producing the viral footage of the glass octopus, the researchers conducted a series of experiments involving coral while onboard the ship. The findings from those are hoped to help offer fresh insights into modern cancer medicine and vaccine efficacy.