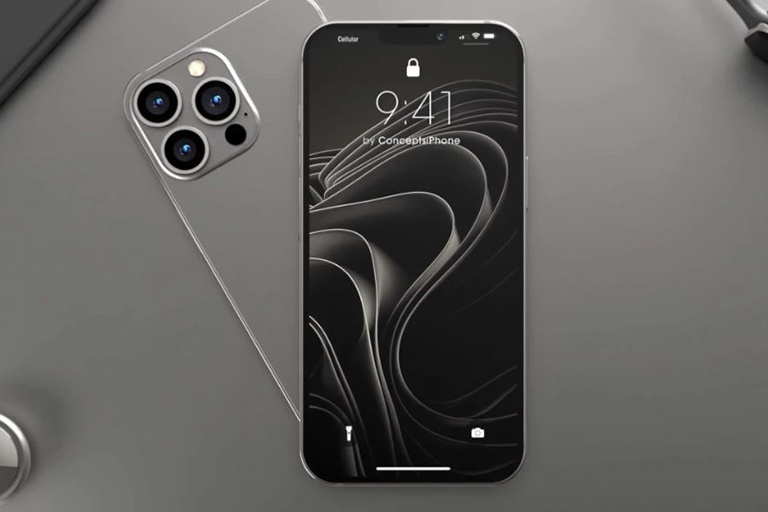 Ever since Apple introduced it with the iPhone X, the display cutout notorious as “the notch” has been a divisive topic – some hate it, some think it has now become symbolic in people’s subconscious with a distinctive iPhone design brand ambassador of sorts.

While Apple is widely expected to be shrinking the notch a bit on the iPhone 13 series, it still has to house the Face ID components, as there is no other biometric unlocking option on iPhones to speak of.

That’s because Apple went all-in on the face recognition technology which it though it had perfected and nailed miles ahead of everyone else until the COVID-19 pandemic came, iPhone users put on masks, and… you know the rest, Apple had to do quite the contortions to let you unlock your iPhone with a mask on.

Enter next year’s iPhone 14 which renowned Apple analyst Mark Gurman (paywall ) advises will have the smallest notch on an iPhone so far, and possibly introduce a second biometry identification method, namely the long-rumored in-display finger scanner.

“The company has tested an in-display fingerprint scanner for this year’s devices, however that feature will likely not appear on this generation,” tips Gurman.

Yep, Touch ID will be back on the 2022 iPhones, which will help Apple shrink the Face ID notch, possibly using the tech just for unlocking, as there will be another biometric option to authorize payments or gain access with. Alternatively, next year the Face ID kit technology may have been miniaturized enough to fit in a much smaller cutout than what we have now.

Either way, a brand new iPhone 14 design is shaping up, and we can’t wait to see what Apple has in store for us then, as this current one is getting a bit long in the tooth. The in-display fingerprint readers are also developing by leaps and bounds, increasing their responsiveness and recognition area with each generation, so when Apple fits the iPhone 14 with one, it will probably be as good as its capacitive home key scanner known as Touch ID.

Whether or not Apple will keep the naming of the technology, remains to be heard, but a touch is a touch, no matter if it’s on the home button, or on the display itself. What do you think about the prospect of having both Face ID and Touch ID come iPhone 14 time?