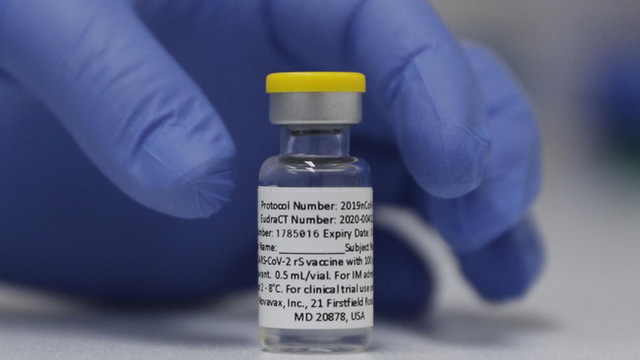 In a phase II clinical trial, the drug candidate AADvac1, developed by biotech company Axon Neuroscience, was shown to be safely tolerated by patients, and to produce a response against certain markers of the disease.

In tests with 193 patients with mild Alzheimer’s, 117 of the cohort received AADvac1, while the remainder acted as a control group, receiving a placebo instead.

In the double-blinded, randomized trial, conducted over 24 months, the participants who received AADvac1 took the peptide-based vaccine in 11 doses administered over the course of the trial, and showed high levels of immunoglobulin G (IgG) antibody responses.

This, the researchers expect, could make AADvac1 effective against harmful tau protein aggregations in the brain, which are considered one of the primary hallmarks of the condition.

In support of that, the latest trial showed that AADvac1 is linked to slower accumulation of a neurofilament light-chain (NfL) protein, suggesting slower neurodegeneration compared to the patients who received the placebo.

“To the extent of my knowledge, this is the first time that a tau-targeted immunotherapy showed clear evidence of impact on the neurodegenerative process and a strong indication of clinical effect in patients with a confirmed Alzheimer’s disease biomarker profile,” Petr Novak, first author of the study and the senior clinical research scientist at Axon Neuroscience, told MedPage Today.

But while this “disease-modifying effect” is definitely a promising development to watch, the experimental therapy has not yet demonstrated convincing signs that it works to significantly counteract cognitive decline across the spectrum of patients with Alzheimer’s disease.

“No significant effects were found in cognitive and functional tests on the whole study sample,” the researchers write in their study.

That said, it’s worth bearing in mind that these results are from a relatively small and early phase II clinical trial, designed primarily to test the experimental vaccine’s safety profile. On that score, the well-tolerated drug was deemed a success, showing no clinically significant adverse reactions attributed to AADvac1.

As to whether AADvac1 can deliver on its promise of successfully treating cognitive decline, however, the researchers say we’ll need a larger trial involving more patients – and also likely more patients whose dementia is tied to tau pathology in particular.

The overall small size of the current trial, called ADAMANT, and the proportional lack of biomarker-based patient pathologies within the cohort are limitations we need to be aware of, the researchers say.

“With 193 patients in the full analysis set, the study was powered to detect only large effects on clinical end points,” the researchers write, noting that many of the patients in the study did not fulfill certain tau-related criteria for diagnostic biomarkers.

In other words, despite the ambiguity of some of the findings, there are still some positive signals here, especially when the analysis is focused upon patients whose Alzheimer’s disease is linked to biomarkers suggesting tau is responsible for their condition, who most likely would respond to this tau-targeting vaccine.

In a specific subset of 109 of the patients who were most likely to be positive for both amyloid and tau biomarkers, assessments of their dementia rating and daily living activities suggested that treatment with AADvac1 potentially slowed their cognitive and functional decline by up to around 30 percent compared to the placebo group – although much more research is needed, the researchers acknowledge.

“These post hoc analyses come with important limitations as they were not pre-specified in the clinical study protocol and were not corrected for multiplicity testing,” the authors of the study write.

“These results must therefore be interpreted with caution and will require confirmation in future clinical development.”

While we still have many questions about AADvac1 then, that’s not especially unusual in the challenging domain of Alzheimer’s treatment. Only last week, the FDA approved its first new Alzheimer’s drug in almost two decades, and there are still many unknowns about its efficacy too.

Here’s hoping that future clinical trials with AADvac1 reveal a clearer indication of its effectiveness in mitigating the severity of Alzheimer’s. To that end, a phase IIb study focussing on patients with tau and amyloid biomarkers is planned to begin later this year, or early in 2022.

According to sciencealert.com. Source of photos: internet