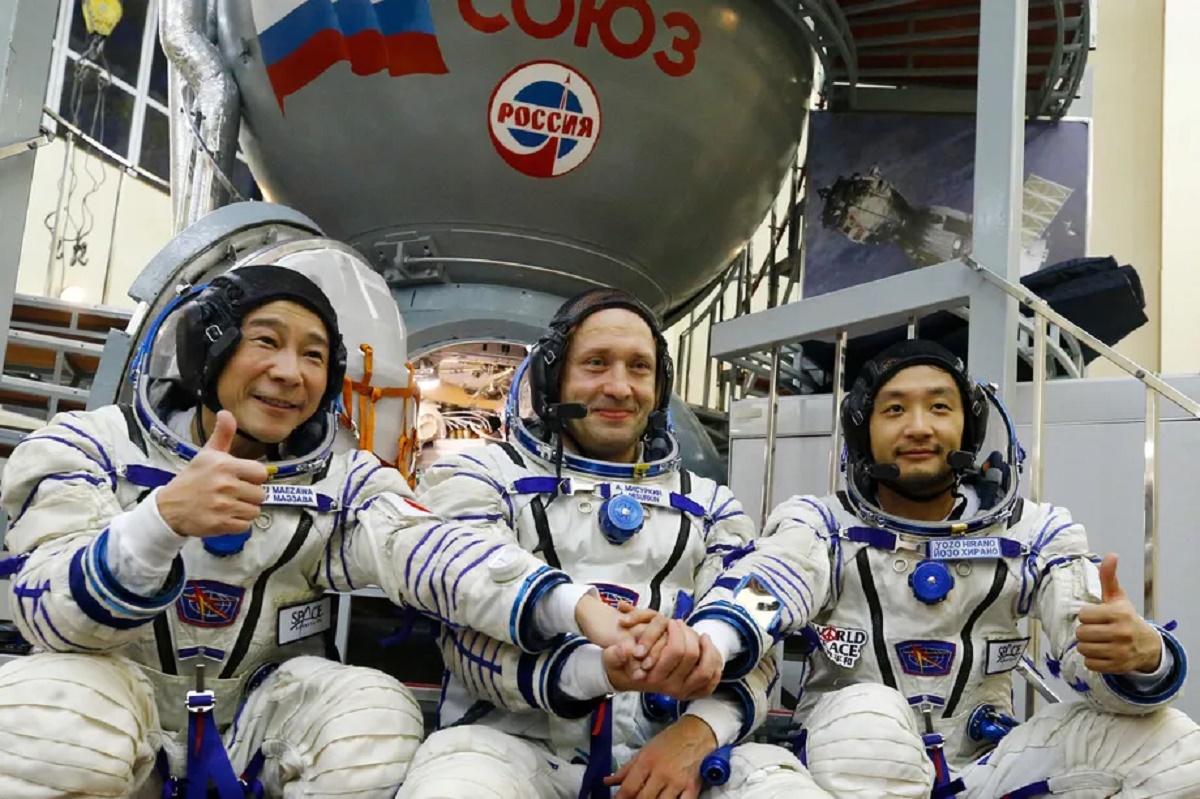 The capsule took off from Russia’s Cosmodrome in Kazakhstan at 2:38 am ET Wednesday, and docked with the ISS right on schedule at 8:41 am ET.

Maezawa launched on a Russian Soyuz spacecraft along with production assistant Yozo Hirano and Roscosmos cosmonaut Alexander Misurkin. The Japanese entrepreneur booked the spaceflight through U.S. company Space Adventures, which has previously sent seven tourists to the space station on Russian vehicles.

This mission exemplifies the drastic shift the global space industry has taken in the past decade. Such space tourism missions have happened before — namely eight similar missions for wealthy thrill seekers launched to the ISS in the 2000s, all organized aboard Soyuz capsules by US-based company Space Adventures.

SpaceX founder Elon Musk and Maezawa gave an update on the lunar Starship journey earlier this year, with the company’s schedule still targeting 2023. The dearMoon mission would take three days to fly to the moon, loop behind it in orbit, and then spend three days returning.