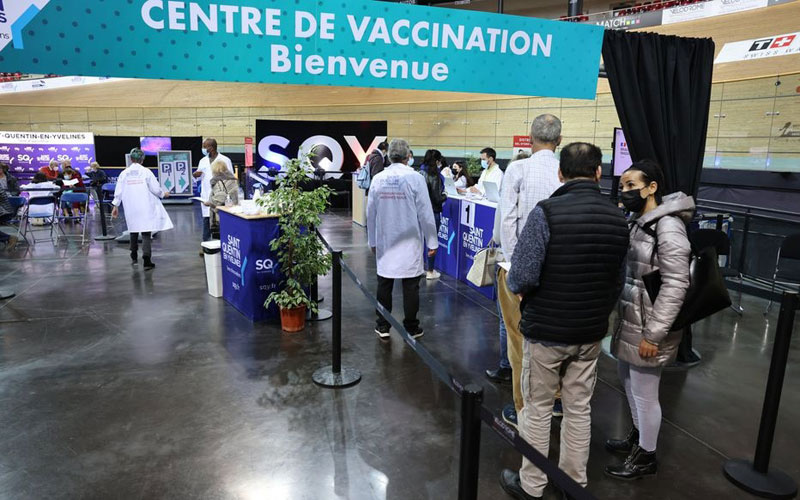 France has administered the first doses of Covid-19 vaccines to 20 million people, reaching its target days ahead of the reopening of catering businesses and cultural venues, French Prime Minister Jean Castex said on Saturday.

Castex announced on Twitter the hitting of the 20-million mark, a number that represents some 30 percent of the population, the Xinhua news agency reported.

“This is a very important moment for the whole country because it supports our prospects for ending the crisis, reinforced by the evolution of the epidemic data, which is regressing everywhere in France,” Castex said earlier in the day during a visit to the mass vaccination site at the Porte de Versailles conference center in Paris.

“The next target is 30 million first doses. It is within our reach,” he added.

Covid-19 hospital admissions continued to decline in France, the number of intensive care patients, a key gauge to evaluate the health system’s ability to cope with the epidemic, fell by 81 to 4,271.

Since the epidemic outbreak, France has confirmed 5.86 million cases and 107,535 deaths.

From May 19, non-essential shops will reopen in France. Restaurants and cafes will be allowed to take in half of their capacity on terraces with a maximum of six people per table. Museums, theatres, cinemas and sports facilities will also reopen, with a limit of 800 people indoors and 1,000 outdoors.