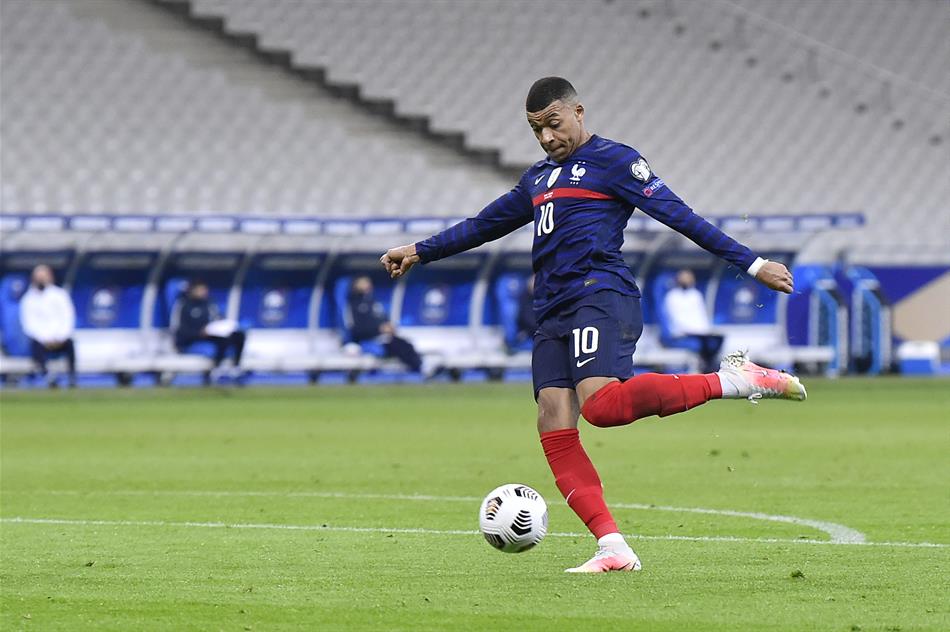 Mbappe matched a 64-year World Cup record set by Brazil great Pele after bagging a brace in Les Bleus’ 3-1 round of 16 victory over Poland.

With his two goals – both excellent strikes delivered with poise through a strained Polish defence – Mbappe has further written his name into World Cup history at Qatar 2022.

He now has five goals in the knockout stages of the competition, when factoring in the three he netted for the tournament winners at Russia 2018.

At 23 years and 349 days, it makes him the youngest player to reach that number after Brazil legend Pele, who bagged as many during the Selecao’s victorious Sweden 1958 campaign, aged 17 years and 249 days.

Mbappe now moves to nine goals in all World Cup fixtures, pulling him one clear of Cristiano Ronaldo, who will be in action with Portugal against Switzerland on Wednesday (AEDT).

It also sees him match Lionel Messi, who nabbed his first-ever knockout goal at the competition during Argentina’s 2-1 win over Australia.

With just a four-goal gap to Just Fontaine’s France competition record of 13, Mbappe could conceivably catch his compatriot during the rest of his stay in Qatar, though he remains seven off Miroslav Klose’s all-time record of 16.

According to beinsports.com. Source of photos: internet