Practically speaking, astronauts cannot haul an endless supply of topsoil through space. So the University of Georgia geologists are figuring out how best to use the materials already on the planet’s surface.

To do that, they developed artificial soil mixtures that mimic materials found on Mars. In a new study published in the journal Icarus, the researchers evaluated the artificial soils to determine just how fertile Martian soil could be. 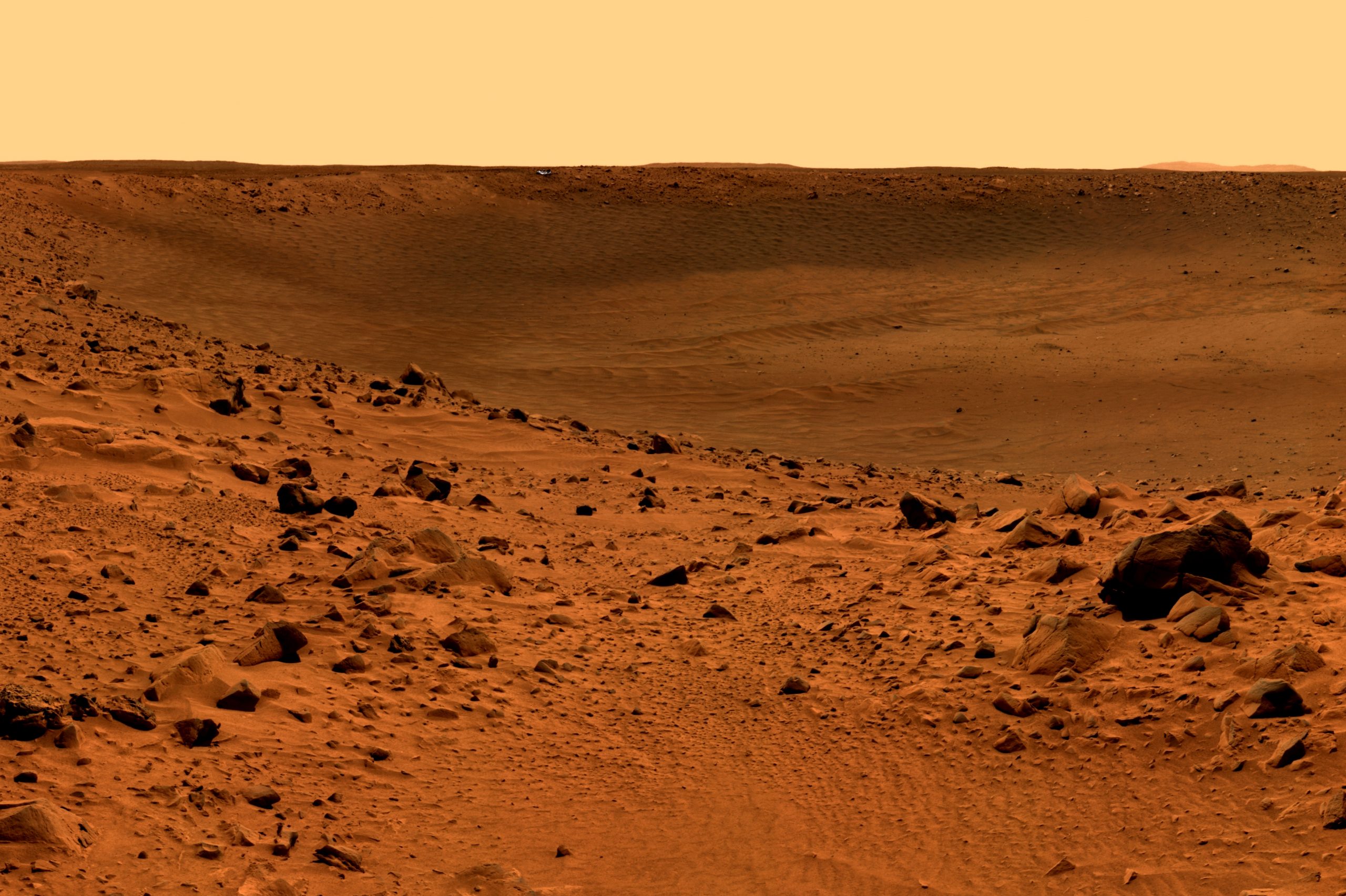 “We want to simulate certain characteristics of materials you could easily get on Mars’ surface,” said Laura Fackrell, UGA geology doctoral candidate and lead author on the study. Simulating the mineral makeup or salt content of these Martian mixtures can tell us a lot about the potential fertility of the soil. Things like nutrients, salinity, pH are part of what make the soil fertile, and understanding where Mars’ soils are at in that spectrum is key to knowing if they are viable and if not, are there feasible solutions that can be used to make them viable.”

In the last decade, Martian surface exploration has expanded the understanding of the chemistry of the planet’s surface. Using data taken from NASA’s surface samples, the team studied regolith, or the loose material near the surface, to develop the simulants.

The materials used mimic mixtures of soil, clay minerals, salts and other materials obtainable from Mars’ surface by scooping loose material or mining it from bedrock.

Despite its thin atmosphere, extreme cold and low oxygen, Mars’ surface is known to contain the majority of plant essential nutrients, including nitrogen, phosphorus and potassium.

The presence of nutrients accomplishes one of the big hurdles, but there are still more challenges. “One problem is, their presence doesn’t mean they are accessible to plants,” Fackrell said. “If you actually put a plant in the ground — just because the iron or the magnesium is there doesn’t mean the plant can actually pull it out of the soil.”

Plus, the nutrients may or may not be present in sufficient quantity or they may be so high in concentration that they are toxic to plants.

Using simulated Martian soils, Fackrell and fellow researchers have found the textures of artificial simulants to be crusty and dried which may reflect some unexpected conditions of Mars soils that make them more difficult to use.

These challenges add up to a very difficult, though not impossible task. Looking to agricultural science, the group, which includes UGA faculty members Paul Schroeder, Mussie Habteselassie and Aaron Thompson, adapts solutions used on Earth, recommendations that range from rinsing the soil to adding inoculants like bacteria or other fungi to the soil to help the plants grow. 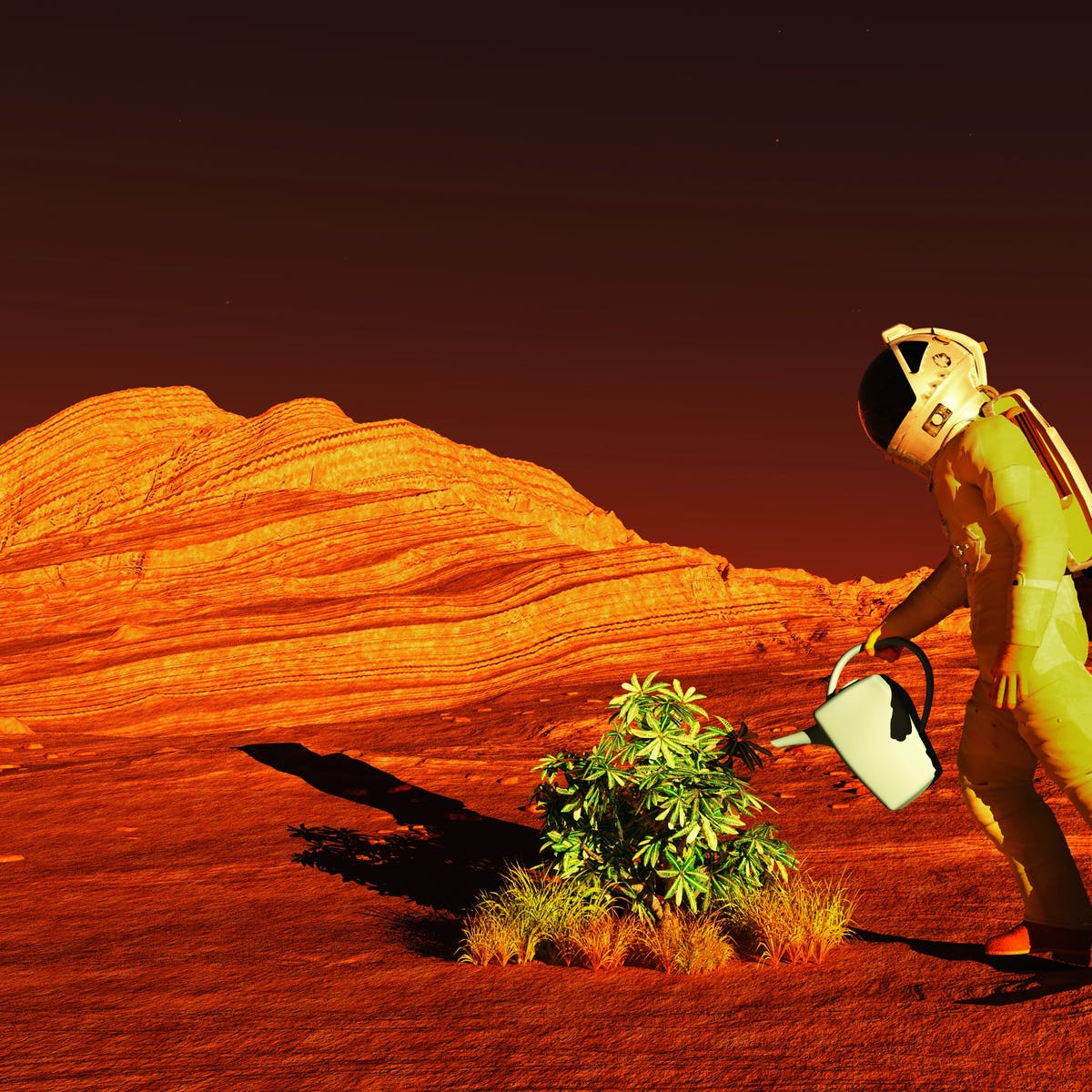 “Specific types of bacteria and fungi are known to be beneficial for plants, and may be able to support them under stress conditions like we see on Mars,” said Fackrell, who began her studies in geomicrobiology with Schroeder while conducting her master’s thesis research on extreme environments faced by microbes living in hot springs in the Kamchatka Peninsula, in the Russian Far East.

The scientists also see implications from their research for potential innovations in agricultural research for Earth. “Anything we learn about farming on Mars could help with farming in challenging environments on Earth that help us build to a sustainable future,” Fackrell said.

Whatever the eventual solution, the prospect of a manned mission to Mars hinges on the ability to grow food.

“There are multiple ways you can look at it, but one option might be to use what’s already there as a potting medium, and figure out if that’s a viable way to do it or if you have to bring all the plant materials with you,” Fackrell said. “The question of whether we can use Mars soil to provide that food will go a long way toward determining the feasibility of manned missions.”