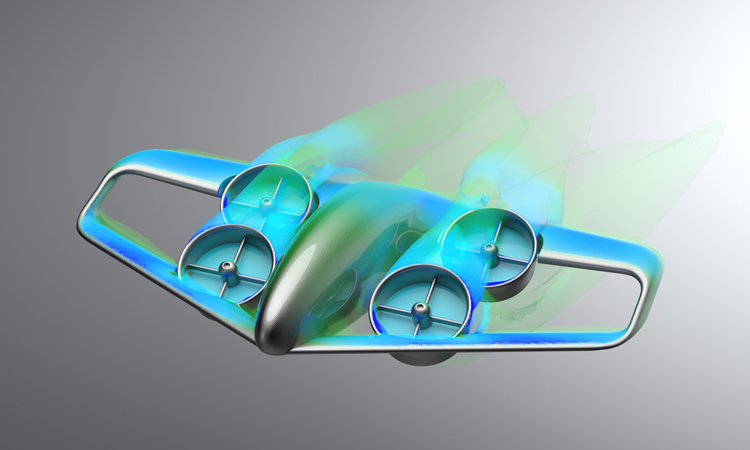 The collaborative program is a part of the Future Flight Challenge, a four-year, £125 million ($170 million) ISCF program from UK Research and Innovation to develop more sustainable aviation solutions.

In most cases, the passenger-carrying eVTOL are envisaged as on-demand Uber-style services, where you order an air taxi that takes you to your destination via ride-share services at either end. The Skybus project explores a novel transport network, based on large electric Vertical Take-Off & Landing (eVTOL) vehicles, taking the “Park and Ride” concept into the air for mass transit over extremely congested routes, thus eliminating the 2-Dimensional constraints of current surface transport modes including cars, trains, and buses. The goal is to not only offer direct benefits in reduced travel time at affordable fares but also reduce the congestion on current ground transport vehicles.

The concept is still only at the stage of a feasibility study. There are several challenges associated with its operation. Huge Skybus will not be able to operate on conventional vertiports or helipads; they would need special infrastructure on the ground. Also, a large machine will require huge batteries, which in turn will need incredibly powerful chargers capable of delivering monstrous power at a time.

In addition to Skybus, the other two projects the company is assisting with are Safe Flight and NAPKIN. The Safe Flight is unmanned and autonomous systems evolve at pace; uncertainty remains around how to integrate autonomous systems in shared airspace in a safe manner. And the NAPKIN will pilot a U.K.-wide domestic sustainable aviation network focusing on zero carbon emissions.

“We are committed to a more sustainable future for aviation, and our technologies will keep us at the forefront of this challenge,” said Max Brown, VP Technology GKN Aerospace. “No one company can achieve this alone, and these Future Flight Challenge programs highlight the importance of collaboration in achieving this aim. It is a great example of public-private collaboration as well as the importance of the Government in supporting the aerospace industry through its industrial strategy. We look forward to working together to deliver the next generation of sustainable air travel.“