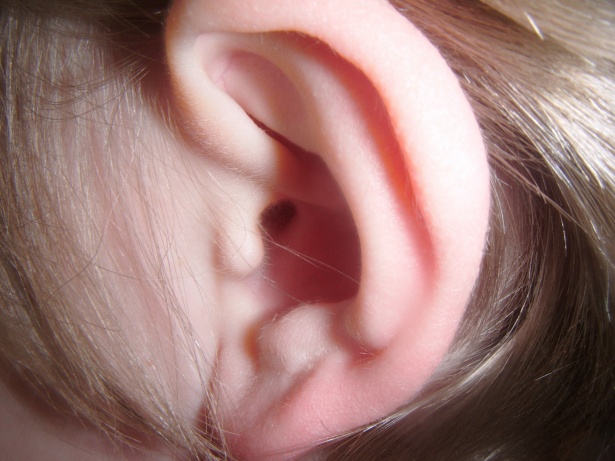 The operation was part of an ongoing clinical trial, meaning the technique still has to clear several more hurdles, including some involving safety, before entering the general medical repertoire. Still, the company behind the successful procedure calls it a world first.

“We believe this is the first time that a company has printed a whole, living, engineered construct and implanted it into a patient to replace a body part that the patient was either born without or has lost due to trauma or disease,” Dan Cohen, CEO of 3D Bio, the biotechnology company behind the innovative technique, said in a press video.

Cohen called the operation an especially promising achievement for patients with microtia, the same condition affecting the 20-year-old woman who received the ear transplant, and one that affects an estimated one to five of every 10,000 people born, according to Cleveland Clinic.

Microtia refers to a congenital defect that results in underdeveloped ears and can exhibit across a range of severities.

“As a physician who has treated thousands of children with microtia from across the country and around the world, I am inspired by what this technology may mean for microtia patients and their families,” Arturo Bonilla, the pediatric ear reconstructive surgeon who led the recent procedure, said in a press video.

A less invasive way of ear reconstruction could be life-changing for kids with microtia, Bonilla said. When you’re young, appearance carries a lot of weight when it comes to your mood.

“An issue that becomes more prominent is bullying or teasing,” Bonilla said. “That’s usually when [patients] start coming to my office so that I can start taking care of them, and helping them, and advising them on what are the next options.”

The clinical trial patient, Alexa, told The New York Times that, “You care a little more for your image when you’re a teenager … some people said things that were not thoughtful, and it started bothering me.” She added that, post-surgery, “I think my self-esteem will go up.”

How to 3D-print a human ear

Here’s the basic rundown of how the research team developed the natural cell-grown ear implant, which it dubs AuriNovo, and carried out the operation in March of this year.

First, cells called chondrocytes, which are responsible for cartilage formation crucial to ears, were taken from the patient’s affected ear. In this case, the right ear, which studies have shown is also the most common ear to be impacted by microtia.

Then those cells were cultured, which helped them multiply, so there were a bunch to work with. Once enough cells were available for the procedure, the team mixed them with a collagen-based bio-ink called ColVivo, which is like a biological version of normal printer ink that’s instead compatible with medical-grade 3D printers.The 3D-printed ear on a glass dish, doused in special chemicals that help it sustain itself.

From there, the team 3D-printed the AuriNovo implant mirroring the size and shape of the patient’s left ear, covered it in a protective structural support and performed the procedure.

Exact details of the operation haven’t been released, particularly because a paper on the subject has yet to be published, but according to the company, both the protective coating and ear itself will mature with time and meld with the patient. Or, as Cohen simply puts it, “we grew a living ear, and implanted it into a patient.”

“The new technology with AuriNovo is exciting,” Bonilla said. “I’ve actually been waiting for this my whole career.”