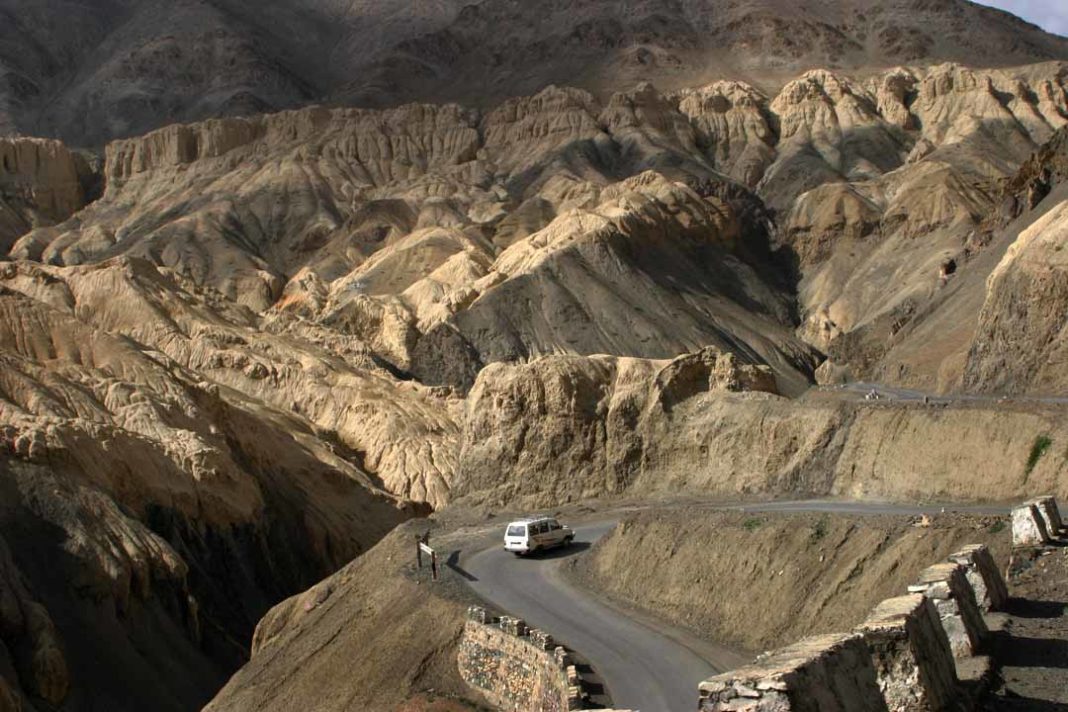 The Border Roads Organisation (BRO) has created a world record by constructing and black-topping the world’s highest motorable road at Umling La Pass in Ladakh at an altitude of 19,024 feet.

The road construction agency – BRO, has expertise in laying roads in one of the most inhospitable terrains along India’s northern borders.

The construction of the 52-km long tarmac road at Umling La Pass was finished in August this year. The pass now connects the towns in the Chumar sector of Eastern Ladakh. It also offers an alternate direct route connecting Chisumle and Dhemchuk from Leh, which will prove to be highly beneficial for the local population. The construction of the pass will also impact the socio-economic condition in the region and promote tourism in Ladakh.

The temperature at this pass can drop to as much as -40 degrees Celsius during the peak winter season. The oxygen level at this altitude is about 50 percent less than the sea level, making it very difficult for anyone to stay here for too long.

Umling La Pass has now eclipsed the previous record of 18,953 feet, located in Bolivia, where a road that connects to a volcano called Uturuncu.

According to livemint.com; auto.hindustantimes.com. Source of photo: internet