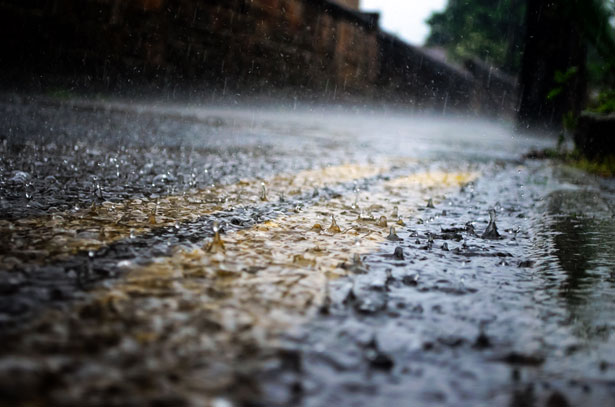 Scientists in the United Arab Emirates are making it rain — artificially — using electrical charges from drones to manipulate the weather and force rainfall across the desert nation.

The new method of cloud seeding shows promise in helping to mitigate drought conditions worldwide, without as many environmental concerns as previous methods involving salt flares.

Annually, the United Arab Emirates receives about 4 inches of rain per year. The government is hoping that regularly zapping clouds to generate rain will help to alleviate some of the arid nation’s annual heatwaves.

According to research from the University of Reading in the U.K., scientists created the storms using drones, which hit clouds with electricity, creating large raindrops. The larger raindrops are essential in the hot country, where smaller droplets often evaporate before ever hitting the ground.

“It’s moving to think that the rainfall technology I saw today, which is still being developed, may someday support countries in water-scarce environments like the UAE,” Mansoor Abulhoul, Ambassador of the United Arab Emirates to the U.K., said during a visit to the University of Reading in May, where he was shown demonstrations of the new technology.

“Of course, our ability to manipulate weather is puny compared to the forces of nature,” vice-chancellor Robert Van de Noort said during the visit. “We are mindful that we as a University have a big role to play, by working with global partners to understand and help prevent the worst effects of climate change.”

In 2017, researchers at the university were awarded $1.5 million in funding for what they call “Rain Enhancement Science,” also known as man-made rainstorms. The UAE’s total investment in rain-making projects is $15 million, part of the country’s “quest to ensure water security.”

“The water table is sinking drastically in UAE,” University of Reading professor and meteorologist Maarten Ambaum told BBC News. “And the purpose of this is to try to help with rainfall.”

The UAE is one of the first countries in the Gulf region to use cloud seeding technology, the National Center of Meteorology said. A version of the concept is used in at least eight states in the western U.S., according to The Scientific American.