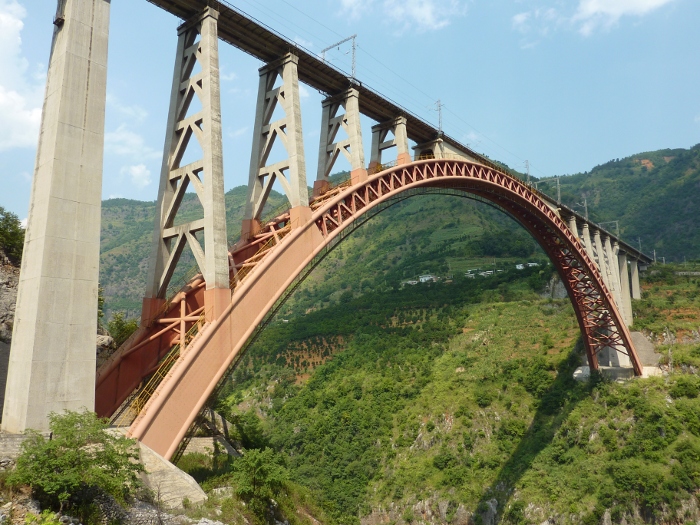 In a world where wonders never cease, here’s another one to add to the list. Jammu and Kashmir’s Reasi district is all set to host the world’s tallest railway bridge. The Central government and the Indian Railways will launch a rail route from Delhi to Kashmir. The railway bridge is being constructed over the Chenab River in the Reasi district on the Baramulla railway line. The construction of the world’s tallest railway bridge is likely to be completed by December next year.

The Anji Khad Bridge is a 1,315-metre long bridge which is being constructed 359 metres above the river bed level. The height of the bridge is 35 metres, which makes it taller than the Eiffel Tower. The Chenab Bridge consists of 17 spans, with a main arch span of 467 metres. It is a 111-km long stretch. The total cost of this construction is Rs 27,949 crore.

The Chenab Bridge is being constructed by Konkan Railway as an executing agency by Northern Railway. As part of the Udhampur-Srinagar-Baramulla Rail Link Project, the project is viewed as one of the most challenging infrastructure projects undertaken in the post-Independence era by the Indian Railways.

The most important arch of the Chenab Bridge is 467 metres, which stands on two dolomite limestone hillocks on the Chenab River. The weight of the main arch is 10,619 metric tonnes. This is the first time in the country that such a piece of work has ever been constructed.

The structure behind the construction of the Chenab bridge, along with the main arch, is being carried out by Tekla software. The Tekla model allows engineers to understand complex details.

This is India’s first ever cable-stayed bridge. It is the world’s 7th largest arching bridge which is constructed without any pillars to support it. Not entirely support-free as support is provided on both ends of the river.

According to www.outlookindia.com. Source of photo: internet