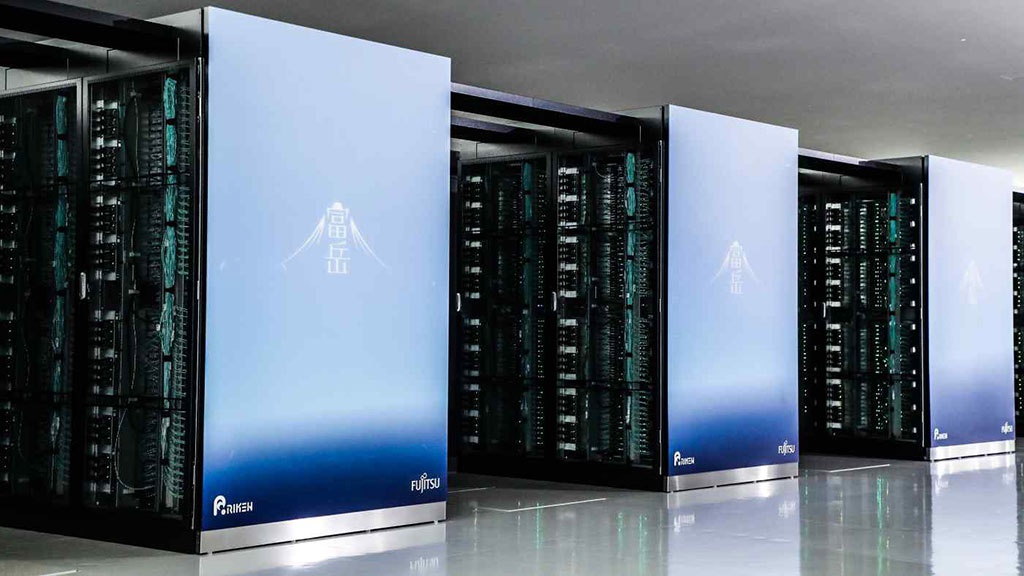 The Fugaku supercomputer, developed by Fujitsu and Japan’s national research institute Riken, has defended its title as the world’s fastest supercomputer, beating competitors from China and the U.S.

Fugaku held the top spot on the TOP500 list by achieving a score of 442 petaflops, or quadrillions of floating point operations per second. In second place was IBM’s Summit supercomputer, which scored just 148 petaflops. The ranking, compiled by an international panel of experts, is released every June and November.

The next-generation supercomputer is the successor to Japan’s K supercomputer, which ranked No. 1 in 2011. The 130 billion yen ($1.22 billion) system became fully operational in March.

Its high computing power has made it an ideal choice for pharmaceutical development, as well as a way to analyze big data.

The Japan Automobile Manufacturers Association plans to use Fugaku to help automakers develop vehicle structures that are more resilient by using AI to study collision impacts.

In developing Fugaku, Riken made sure companies could create software easily. This month, Fujitsu Japan started studying chemicals that can be used to treat COVID-19 by using Fugaku’s high simulation capabilities.

Although Fugaku came out on top again, the development of supercomputers has become a two-way race between the U.S. and China in recent years. The two countries intend to use them not only for industrial purposes but also military research, including in the development of nuclear weapons.

Chinese development efforts remain secret, but there have been rumors that it is developing a successor to what was once the world’s fastest supercomputer. It could launch its own exascale machine this year. The U.S. and China are also locked in a development race in quantum computers.

The supercomputer development race has become a matter of national prestige for the two countries, as it affects industrial competitiveness and national security. In April, the U.S. Commerce Department essentially banned exports to seven Chinese supercomputing entities by adding them to its Entity List.