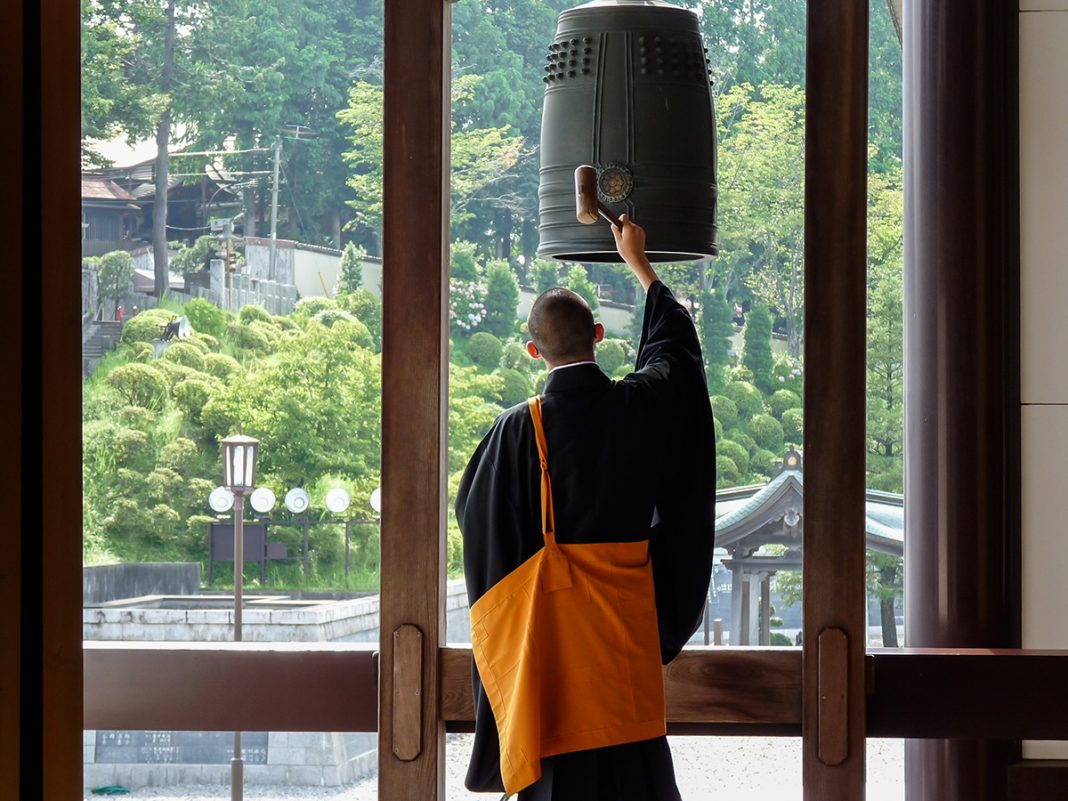 According to ancient custom, the bell is typically rung 107 times on December 31 and once more, when the clock strikes midnight on New Year’s. Bridging one year to the next, the bell is rung a total of 108 times.

According to the Buddhist teachings, this number represents the 108 worldly desires that a person experiences throughout the course of their life. When the bell is finally struck for the 108th time, it is believed that you’ll be cleansed of your problems and worries from last year. 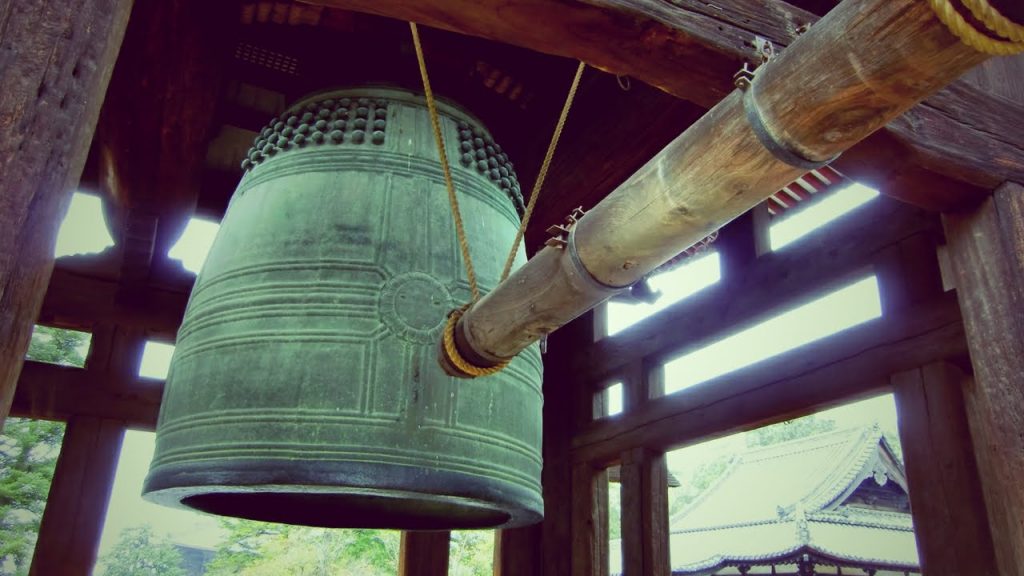 On the night of New Year’s Eve (around 23:00), many temples across Japan customarily ring their bells. Listening to the solemn sound while waiting for the start of another year is a tradition that has existed since ancient times.

Depending on the temple, some may even allow shrine visitors to take turns ringing the bell.

Nara’s Todaiji Temple and Chion’in in Kyoto are known to have gigantic bells that require the combined force of 17 monks to ring them. These sacred sites are famous places to see and hear this annual spectacle. 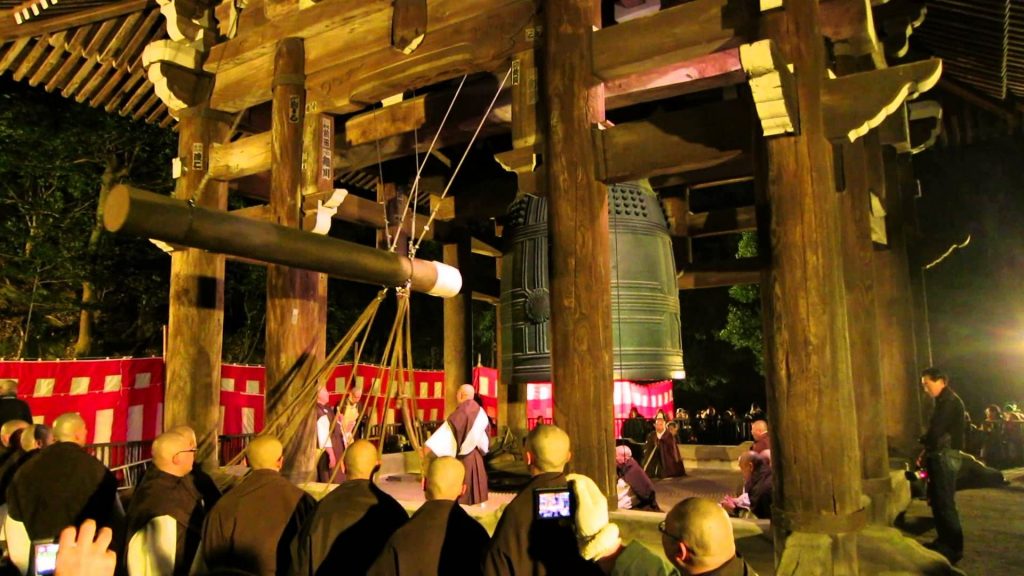 Since the ceremony ends after 108 strikes, there are times when throngs of early visitors arriving and participating can cause it to finish sooner than expected.

At night, the temple may serve beverages like sake or amazake while larger temples may even serve food.