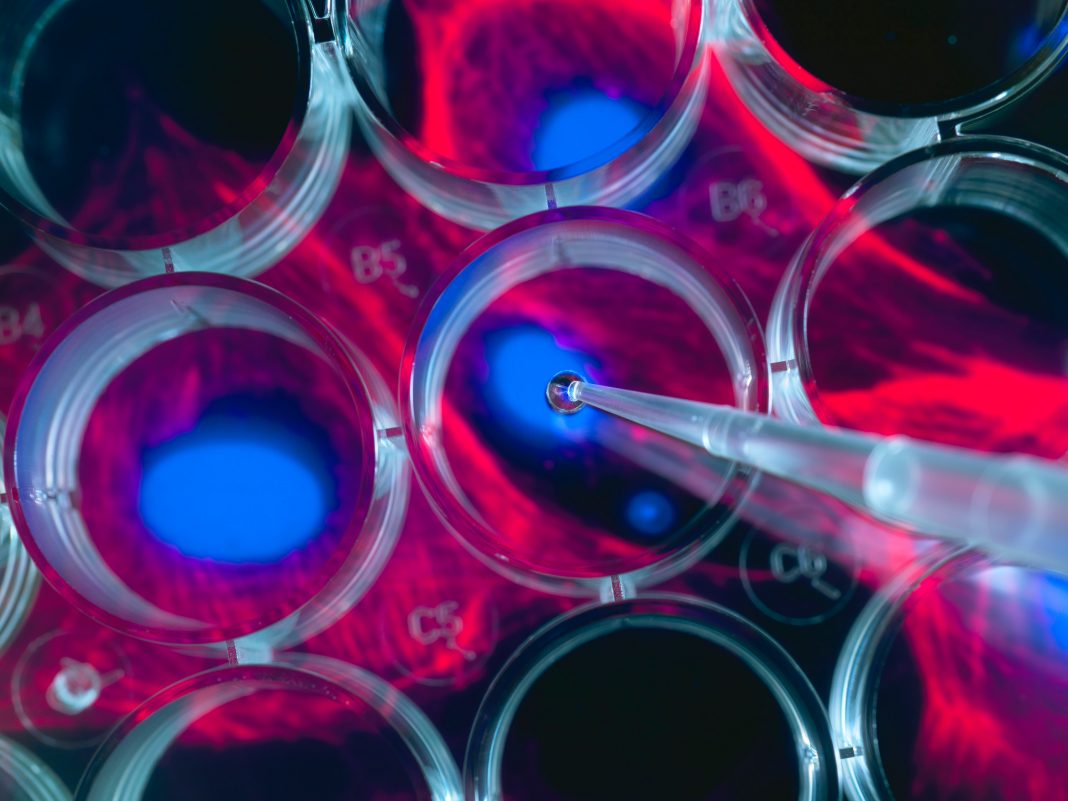 The virus damages the delicate, balloon-like air sacs, known as alveoli, leading to pneumonia and acute respiratory distress, the leading cause of death in Covid-19 patients. But scientists have been hampered in Covid-19 studies by the lack of experimental models that mimic human lung tissues.

Now, a team led by Duke cell biologist Purushothama Rao Tata has developed a model using “lung organoids,” also dubbed mini-lungs in a dish. The organoids are grown from alveolar epithelial type-2 cells (AT2s) which are the stem cells that repair the deepest portions of the lungs where SARS-CoV-2 attacks.

Earlier research at Duke had shown that just one AT2 cell, isolated into tiny dishes, could multiply to produce millions of cells that assemble themselves into balloon-like organoids that look just like alveoli. However, the “soup” in which the cells were grown contained complex ingredients such as serum from cows that is not completely defined.

Tata’s group took on the big challenge of predicting and testing many combinations of chemically pure factors that would do the job just as well, a problem that required close co-operation with Duke’s shared computing cluster.

The result is a purely human organoid without any helper cells. Mini-lungs grown in tiny wells will enable high throughput science, in which hundreds of experiments can be run simultaneously to screen for new drug candidates or to identify self-defense chemicals produced by lung cells in response to infection.

“This is a versatile model system that allows us to study not only SARS-CoV-2, but any respiratory virus that targets these cells, including influenza,” Tata said. A paper describing the development of the mini-lungs and some early experiments with coronavirus infection appeared early online Oct. 21 in the journal Cell Stem Cell.

In using mini-lungs to study SARS-CoV-2 infection, Tata’s team collaborated with virology colleagues at Duke and the University of North Carolina in Chapel Hill. To safely handle these deadly viruses, the researchers utilized state-of-the art biosafety level 3 facilities at Duke and UNC-CH to infect lung organoids. The researchers watched the gene activity and chemical signals that are produced by the lung cells after infection.

“This is a major breakthrough for the field because we were using cells that didn’t have purified cultures,” said Ralph Baric, a co-author on the paper who is a distinguished professor of epidemiology, microbiology and immunology at UNC and world authority on coronaviruses. The Duke mini-lungs are 100 percent human with no supporting cells that could confuse findings. “This is incredibly elegant work to figure out how to purify and grow AT2 cells in culture in pure form,” Baric said.

Baric’s lab is capable of changing any nucleotide of the Covid-19 virus’s genetic code at will, so it produced a glowing version that would reveal where it went in the mini-lungs, confirming that it did indeed home in on the crucial ACE2 cell surface receptor, leading to infection. 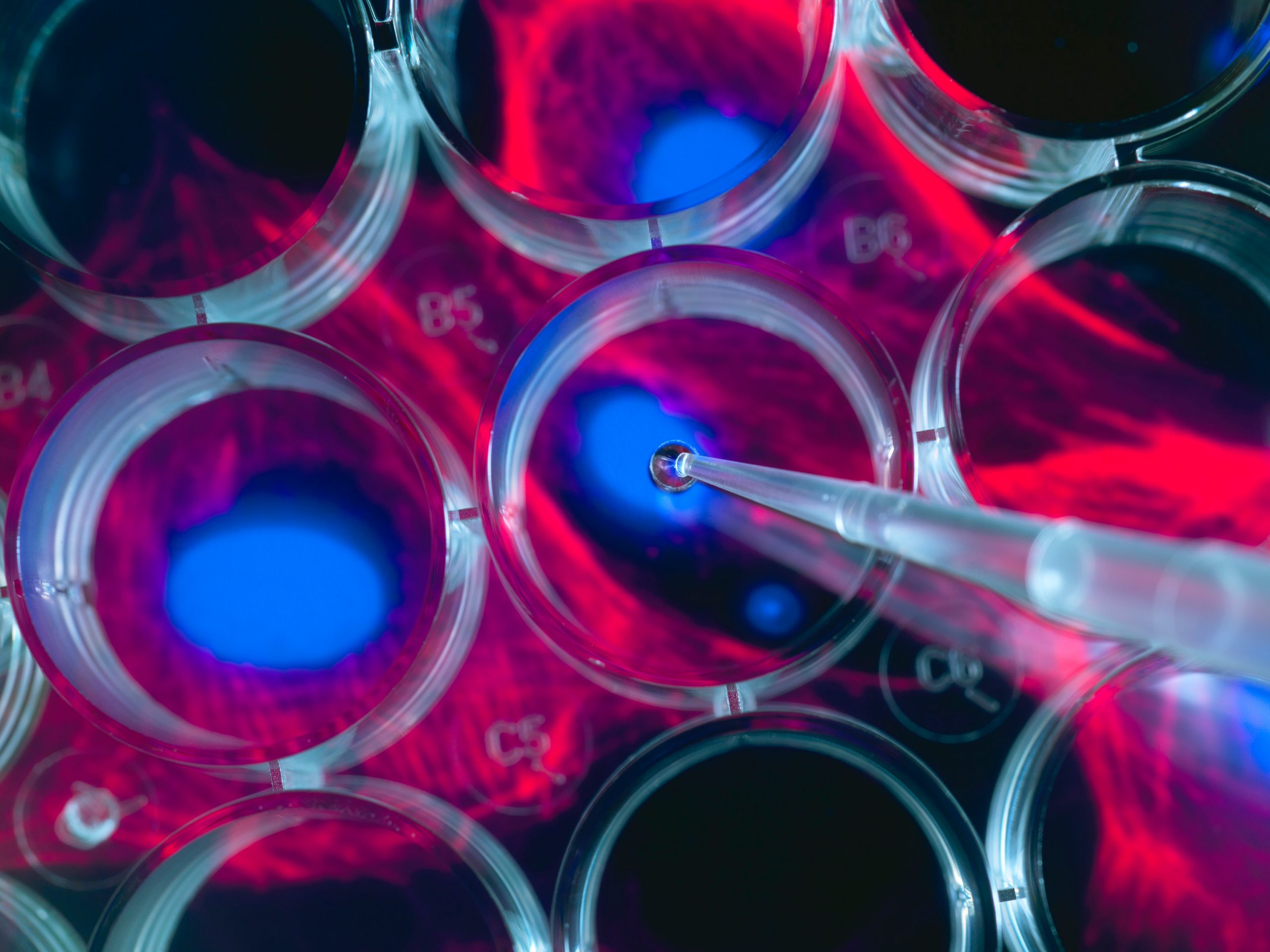 When infected with the virus, the organoids were shown to launch an inflammatory response mediated by interferons. The researchers have also witnessed the cytokine storm of immune molecules the lungs launch in response to the virus.

“It was thought cytokine storm happened due to the large influx of immune cells, but we can see it also happens in the lung stem cells themselves,” Tata said.

Tata’s lab found the cells produced interferons and experienced self-destructive cell death, just as samples from Covid-19 patients have shown. The signal for cell suicide was sometimes triggered in uninfected neighboring lung cells as well, as the cells struggled to get ahead of the virus. The researchers also compared the gene activity patterns between the mini-lungs and samples from six severe Covid-19 patients and found they agreed with “striking similarity.”

“We’ve only been able to see this from autopsies until now,” Tata said. “Now we have a way to figure out how to energize the cells to fight against this deadly virus.” 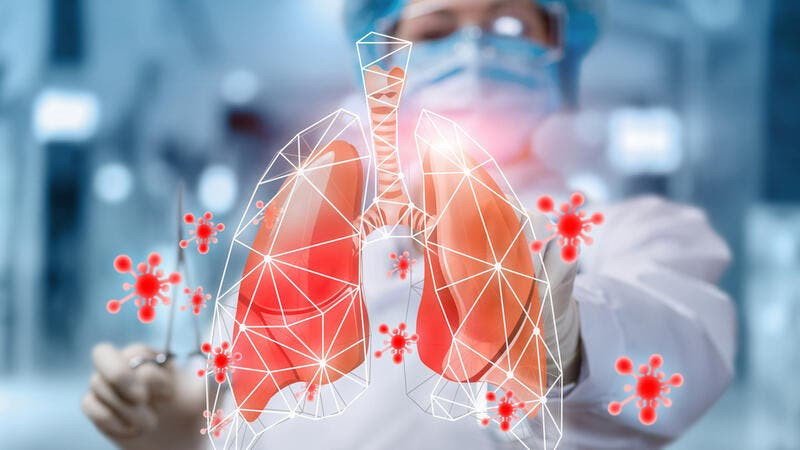 Tata, who is a part of Duke’s regenerative medicine initiative, Regeneration Next, said his lab was working on growing the mini lungs in mid-2019 and had achieved a working model just as the coronavirus pandemic emerged. He said his group will be working with both academic and industry partners to use these cells for cell-based therapies and eventually to try to grow a complete lung for transplantation.

Baric said his lab will probably be using the mini-lungs to better understand a new strain of SARS-CoV-2 called D614G that has become the dominant version of the virus. This strain, which emerged in Italy, has a spike protein that is apparently more efficient at recognizing the ACE2 receptor on lung cells, making it even more infectious.

This research was performed with support from the Chan Zuckerberg Foundation, the U.S. National Institutes of Health, Duke University and United Therapeutics Corporation.