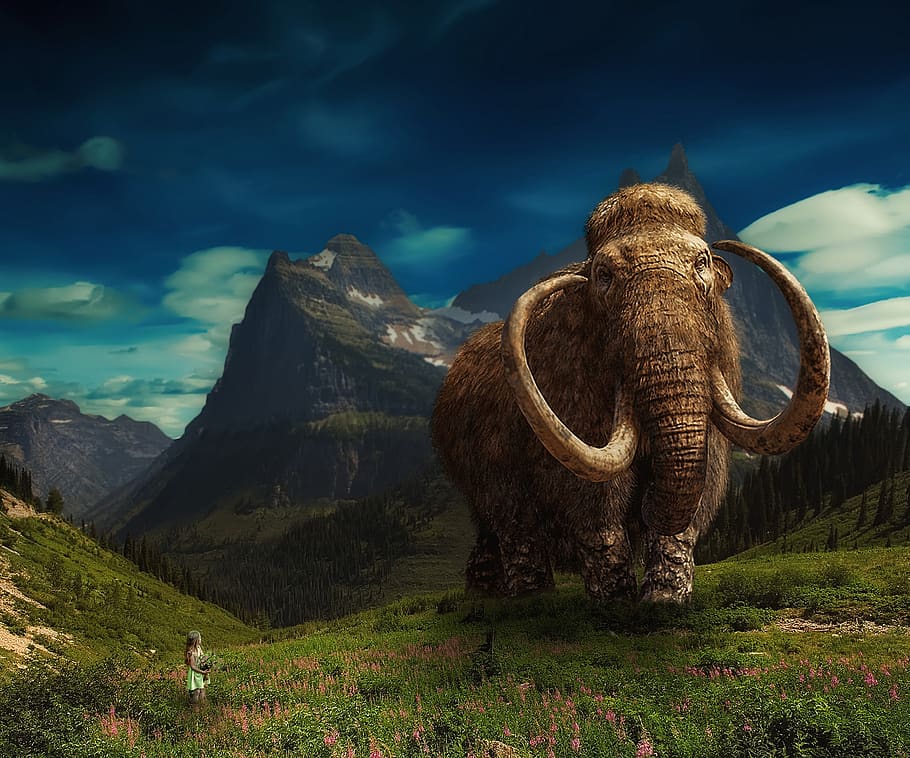 The start-up’s goal is ambitious and a little bit crazy: It aims to create a new type of animal similar to the extinct woolly mammoth by genetically engineering endangered Asian elephants to withstand Arctic temperatures.

The project has been kicking around for years, but nobody had ever given it enough funding to get it off the ground. Now it’s a company with $15 million in seed funding from a variety of investors and Lamm as CEO.

“We had about $100,000 over the last 15 years, which is way, way less than any other project in my lab, but not through lack of enthusiasm,” Church told CNBC. “It is by far the favorite story. We’ve never done a press release on it in all those years. It just comes up naturally in conversation.”

Church, the Robert Winthrop Professor of Genetics at Harvard Medical School and a faculty member at the Wyss Institute for Biologically Inspired Engineering at Harvard University, has a storied scientific career. He initiated the Personal Genome Project, started more than 20 companies, and has more than 100 patents to his name.

Until now, Church’s vision to revive the woolly mammoth was “mainly dreaming and talking,” he said. “Ben came out of the blue, I think inspired at a distance from what he was reading about this very charismatic project, which was very underfunded.”

It could take as little as six years for Colossal to create a calf, Church told CNBC. The timeline is “aggressive,” he admitted. “When people used to ask me that question, I said, ‘I have no idea. We don’t have any funding.’ But now, I can’t dodge it. I would say six is not out of the question.”

“Our goal is in the successful de-extinction of inter-breedable herds of mammoths that we can leverage in the rewilding of the Arctic. And then we want to leverage those technologies for what we’re calling thoughtful, disruptive conservation,” Lamm told CNBC.

Proponents of the project say rewilding the Arctic with woolly mammoths could slow global warming by slowing the melting of the permafrost, where methane is currently trapped.

Lamm has founded and sold multiple start-ups to companies including LivePerson, Zynga and Accenture and was most recently the founder and CEO of artificial intelligence provider Hypergiant.

Colossal “is a for-profit company,” Lamm told CNBC, but there isn’t likely to be a quick cash-out for investors. “None of our investors are focused on monetizing right now, which is great,” Lamm said.

The $15 million seed round was led by Thomas Tull, and other participants include Tim Draper’s Draper Associates, Winklevoss Capital, and self-help guru Tony Robbins, among others.

Another investor and advisor, Richard Garriott, president of The Explorers Club and a video game entrepreneur who spent $30 million to go to space as a tourist, told CNBC he was excited about future applications of synthetic biology, referring to the science of redesigning organisms for specific purposes, other than the woolly mammoth.

“Beyond the amazement of ‘de-extinction’ becoming real, proving the technology with de-extinction is only the beginning. These same technologies will be able to solve a huge array of human problems,” Garriott told CNBC. “Synthetic biology will allow us to create new life forms that can address massive problems, from oil and plastic cleanup to carbon sequestration and much more. Solving tissue rejection and artificial wombs will go on to help improve and extend life for all humans.”

The woolly mammoth has been mostly extinct for 10,000 years, with the final vestigial populations surviving until about 4,000 years ago.

Genetically, however, the mammoth is very similar to the Asian elephant.

“The Asian elephant is an endangered species. And so we want to preserve it,” Church said.

“There are two main things that are endangering it. One is a herpes virus. And the other is close proximity to humans. So we’d like to fix both of those and give them a new home, where there’s vast amounts of space with almost no humans, which is northern Canada, Alaska and Siberia.”

So Colossal aims to create an Asian elephant genetically modified with herpes virus resistance and the ability to withstand the ice-cold temperatures.

The calf Colossal aims to create will look and behave like a woolly mammoth, Church explained.

It sounds like science fiction, but Church said he is confident that he will be able to genetically modify the Asian elephant because he has done similar genetic manipulation with pigs, where he made 42 genetic edits to their cells.

“Then we can turn those cells into animals by transferring the nucleus, the DNA-containing part of the cell, in it into an egg, and then it develops into piglets, in that case,” Church said. Those genetically modified pigs are healthy enough to be used for organ transplants in preclinical trials in three hospitals around the country, he said.

“That’s our proof of concept that we can do it,” Church said. “We didn’t do it as a prelude to the elephant, we did it for its own sake, but it helps convince us so we get to the elephant.”

The genetically modified elephant would be implanted into an engineered endometrium at first, and then would grow in a bag, which would look similar to the artificial womb that Philadelphia scientists used to grow a genetically engineered lamb in 2017, Church said.

Colossal hopes to work with a pair of Russian scientists to seed the mammoths in Pleistocene Park, a nature reserve on the Kolyma River in northeastern Siberia. The idea is that the mammoths would become part of a long-term plan to restore the tundra to its prehistoric state of grasses instead of trees.

If these revived woolly mammoths eventually repopulate the Arctic, they would take down small trees and help repopulate the grasses they thrive on, Church said. Those grasses reflect sunlight better than the dark trunks of the conifer trees that live there. In addition, the woolly mammoths tamp down the snow, making it less insulating.

Those grasses would cool the ecosystem, in turn reducing the release of trapped methane gas from melting permafrost, a major contributor to global warming.

“If that methane gets released, it’s 30 times worse than carbon dioxide per molecule” in terms of its ability to cause global warming, Church said.

“So that’s the idea, to add one more species to the nine that they already have to help change it back to what, from a human standpoint at least, was a healthier ecosystem,” Church told CNBC.