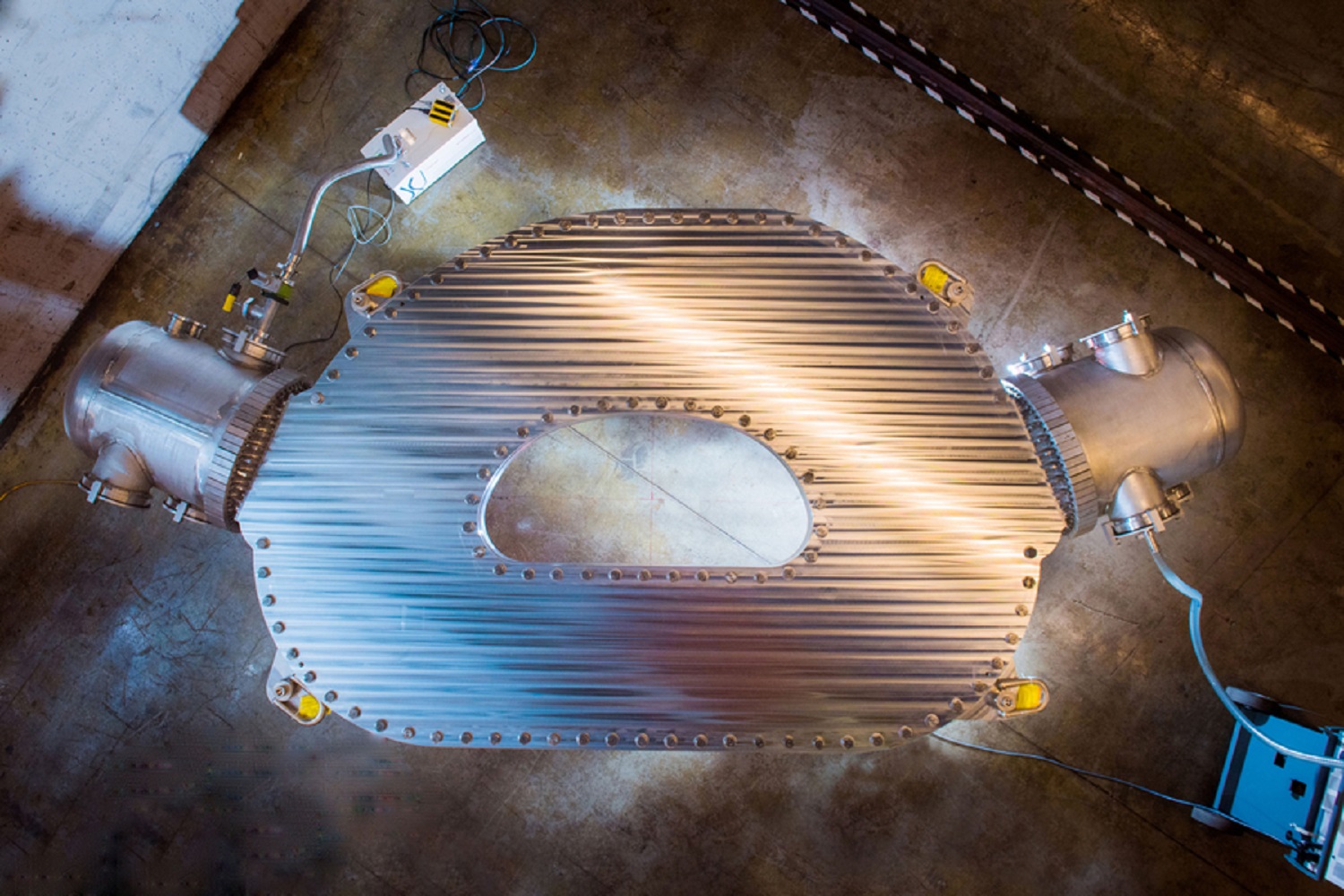 Commonwealth Fusion Systems and MIT’s Plasma Science and Fusion Center (PSFC) has demonstrated a record-breaking 20 tesla magnetic field with this superconducting magnet. It is the strongest fusion magnet in the world.

After three years of making, based on intensive research and design work: On Sept. 5, for the first time, a large high-temperature superconducting electromagnet was ramped up to a field strength of 20 tesla, the most powerful magnetic field of its kind ever created on Earth.

That successful demonstration helps resolve the greatest uncertainty in the quest to build the world’s first fusion power plant that can produce more power than it consumes.
That advance paves the way, they say, for the long-sought creation of practical, inexpensive, carbon-free power plants that could make a major contribution to limiting the effects of global climate change.

With the magnet technology now successfully demonstrated, the MIT-CFS collaboration is on track to build the world’s first fusion device that can create and confine a plasma that produces more energy than it consumes. That demonstration device, called SPARC, is targeted for completion in 2025.

Fusion is the process that powers the sun: the merger of two small atoms to make a larger one, releasing prodigious amounts of energy. But the process requires temperatures far beyond what any solid material could withstand. To capture the sun’s power source here on Earth, what’s needed is a way of capturing and containing something that hot — 100,000,000 degrees or more — by suspending it in a way that prevents it from coming into contact with anything solid.

The next step will be building SPARC, a smaller-scale version of the planned ARC power plant. The successful operation of SPARC will demonstrate that a full-scale commercial fusion power plant is practical, clearing the way for rapid design and construction of that pioneering device can then proceed full speed.