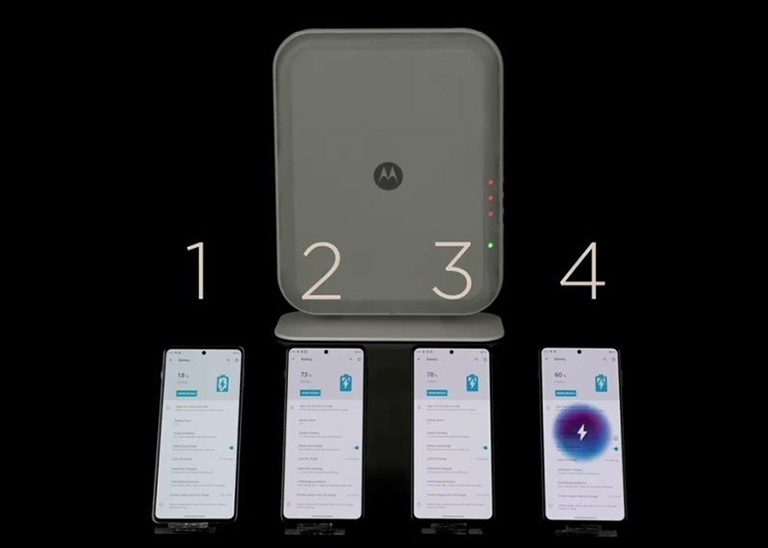 Motorola calls their tech Space Charging, and it appears to be ready to roll for behind-the-scenes testing now. It’s not clear when the tech will be available for the public, but they’re far enough along to show what would SEEM to be a real demonstration of charging at a distance this week.

Motorola’s preview appeared this week on Weibo with a few features listed. This Space Charging tech can be used at a one-meter radius* and can charge up to two smartphones at one time. *UPDATE: In the release this week, the second week of September, 2021, Motorola suggested they’re ready to charge up to four smartphones at one time at a three-meter radius.

Motorola suggested they’re able to charge through obstructions of most sorts, and stops charging in a targeted area if a human body is detected. This might mean that charging with this tech requires a significant amount of testing before it’s ready for the public – just like wireless charging took a long period of time in testing before being made available for everyday users.

The first major company to show this sort of tech in a smartphone was Xiaomi. The Xiaomi Mi Air Charge appeared in January of 2021 with a concept design-looking presentation. That piece of tech was called experimental at the time, and no update from Xiaomi has been shared on when it’ll be available to the public.