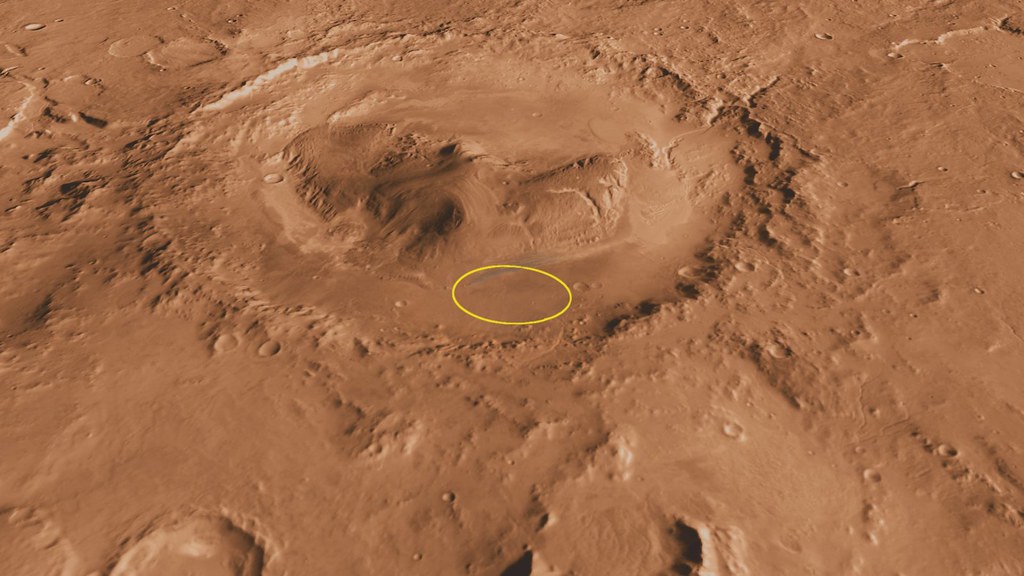 When it comes to rocks from Mars, details matter. NASA intends to bring tiny rock samples collected by the Perseverance rover back to Earth for study. That means keeping track of not just where the samples came from in the Jezero Crater, but also their original orientation in the host rock. To do that, the rover is engaging in a little physical graffiti on the red planet.

Perseverance used a laser that’s part of its mast-mounted SuperCam instrument to zap three dots in the shape of the letter L into a rock in June. It’s not gratuitous graffiti, though. There’s a compelling science reason.

SuperCam principal investigator Roger Wiens described the L as “the first letter to be laser-engraved on Mars” in a mission update on Thursday that goes into detail on why the rover did this.

The rover is investigating an ancient river delta that may give us the best chance of finding evidence of past microbial life on Mars. That means rock samples collected there are particularly important.

Beyond the search for life, the rocks brought back could also help researchers reconstruct the history of Mars’ magnetic field and its impact on the planet’s atmosphere. Scientists who study this want to know the orientation of the rock bits “to understand the original directions of magnetic domains in the samples.” That’s where the laser marking technique comes in.

As Wiens points out, it’s simple to figure out orientation for rock samples that have easily recognizable features. “However, if the surface is fine-grained, there may be nothing to distinguish its rotational orientation. In that case, we need to make artificial markings on the surface,” he wrote. The fine-grained rocks of the river delta area were a perfect place to test this out.

The team chose a capital L as a simple and efficient way of making a directional mark. “With the dry run successful, we are ready to use the procedure to mark future samples,” wrote Wiens.

The rover could use its writing skills to etch all sorts of messages into Mars rocks (like “Percy wuz here”), but NASA is more interested in using the rolling lab’s energies for science and not silliness. Perseverance may not venture any deeper into the alphabet than L, but that one little letter could be very important for Mars research.

According to www.cnet.com. Source of photo: internet