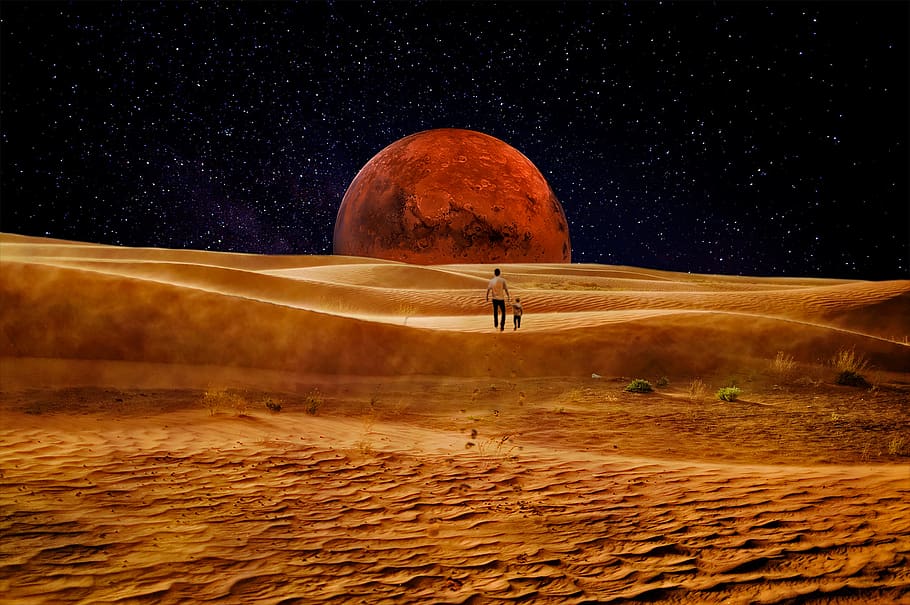 Officially known as the Crew Health and Performance Exploration Analog mission, the selected crew members will live inside Mars Dune Alpha, a 1,700-square-foot setting — made by an Icon 3D printer — located at Houston’s Johnson Space Center. During the year-long experiment, those chosen will participate in simulated spacewalks, scientific research, and communication exchange, as well as test out virtual reality and robotic controls.

But it won’t all be a walk in the park (or rather, the red planet), since extreme challenges will be replicated, like seeing what it’s like to deal with resource limitations, equipment failure, communication delays, and other stressors, NASA explained on its site. Additionally, all provisions will be premade space food, and, as of now, no windows will be built, according to the Associated Press.

“The analog is critical for testing solutions to meet the complex needs of living on the Martian surface,” Grace Douglas, NASA’s lead scientist for Advanced Food Technology research said in a statement. “Simulations on Earth will help us understand and counter the physical and mental challenges astronauts will face before they go.”

This will be the first of three missions as NASA looks to a future with more trips to Mars. The results will help both validate the systems in place and create solutions for potential problems.

The criteria to apply is, of course, pretty stringent, as it will follow NASA’s normal astronaut recruiting standards. Applicants must be healthy and motivated U.S. citizens or permanent residents, and 30 to 55 years old. They must also be non-smokers who are proficient in English in order to provide communication between the crew and mission control. Also required is a master’s degree in a STEM field (engineering, mathematics, or biological, physical or computer science) from an accredited school, plus a minimum of two years of STEM work experience or at least 1,000 hours of aircraft piloting. Those who have finished two years of work toward a STEM doctoral program may also be considered, as well as those with a bachelor’s degree in STEM or military officer training, who also have at least four years of work experience.

But the upside is the unique experience of helping put humans closer to inhabiting other planets. And former Canadian astronaut Chris Hadfield says there could be other benefits, too. “Just think how much you’re going to be able to catch up on Netflix,” Hadfield told the AP. “If they have a musical instrument there, you could go into there knowing nothing and come out a concert musician.”