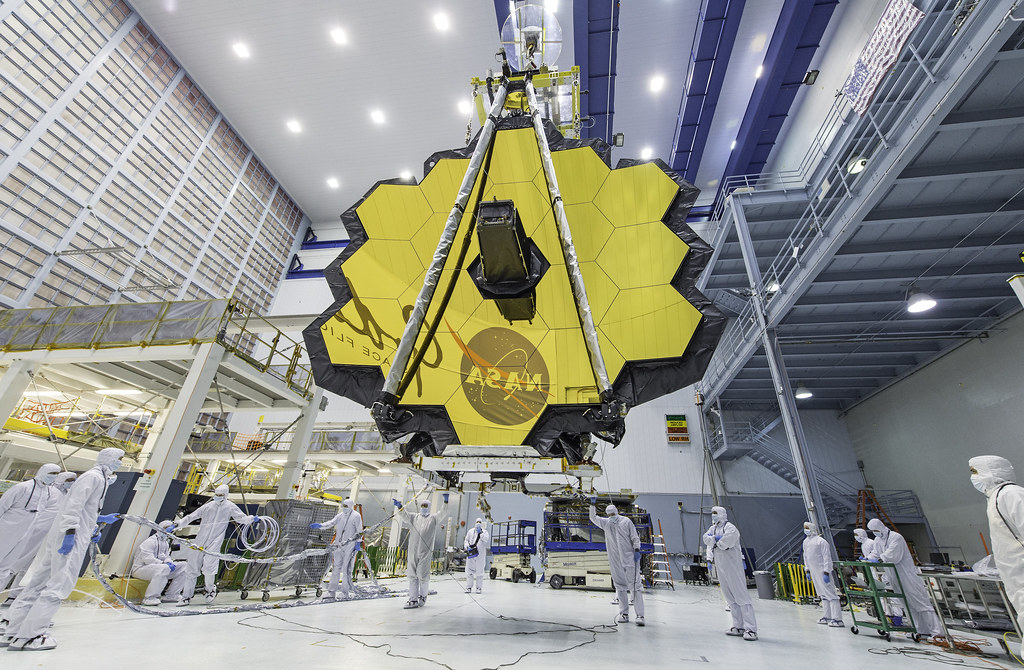 The previous record holder, discovered by the Hubble Telescope in 2015, was GN-z11 that dates back 400 million years after the universe birthed.

JWST captured a look at GN-z13 using its Near Infrared Camera (NIRCam) instrument, which is capable of detecting light from the earliest stars and galaxies.

This telescope uses a broad range of infrared light to ‘see’ back in time, which is  done by analyzing the time it takes for light to travel through space.

While investigating the area are GN-z13, JWST also spotted GN-z11.

Scientists from the Harvard and Smithsonian Centre of Astrophysics in Massachusetts note that although they are both old, each of the galaxies are very small, New Scientist reports.

This is compared to our own Milky Way which is around 100,000 light years in diameter.

The paper, published in arXiv, notes that both galaxies have a mass of one billion suns, which is because they formed shortly after the Big Bang occurred.

The team suggests this occurred as the galaxies were growing and gobbled up stars in the region.

‘These two objects already place novel constraints on galaxy evolution in the cosmic dawn epoch,’ researchers shared in the paper.

‘They indicate that the discovery of GNz11 was not simply a matter of good fortune, but that there is likely a population of UV luminous sources with very high star-formation efficiencies capable of compiling.’

Gabriel Brammer at the Niehls Bohr Institute in Denmark, part of the GLASS team and a co-discoverer of GN-z11, told New Scientist that further analysis will be needed to confirm the distance to the two galaxies.

‘They’re very convincing candidates,’ he said. ‘We were pretty confident that JWST would see distant galaxies. But we’re a little bit surprised how easy it is to detect them.’

Brammer made headlines this week when he released a never-before-seen image snapped by the JWST.

The astronomer shared a stunning photo of the spiraling arms of the ‘phantom galaxy,’ formally known as NGC 628 or Messier 74, which sits 32 million light years from Earth.

Webb took the image of NGC 628 on July 17 and sent the data back to Earth where it was stored in the Barbara Mikulski Archive for Space Telescopes, (MAST), which is open to the public.

Brammer’s image caught the attention of other astronomers and space enthusiasts, who wanted to learn more about how he made the image and what it was that they are looking at.

‘For a tiny bit more context, the purple color cast here is actually ‘real’ in the sense that emission from interstellar cigarette smoke (PAH molecules) makes the filters used for the blue and red channels brighter relative to the green,’ Brammer wrote in a tweet.

The James Webb Telescope and most of its instruments have an operating temperature of roughly 40 Kelvin – about minus 387 Fahrenheit (minus 233 Celsius).

It is the world’s biggest and most powerful orbital space telescope, capable of peering back 100-200 million years after the Big Bang.

The orbiting infrared observatory is designed to be about 100 times more powerful than its predecessor, the Hubble Space Telescope.

NASA likes to think of James Webb as a successor to Hubble rather than a replacement, as the two will work in tandem for a while.

The Hubble telescope was launched on April 24, 1990, via the space shuttle Discovery from Kennedy Space Centre in Florida.

According to .dailymail.co.uk. Source of photo: internet