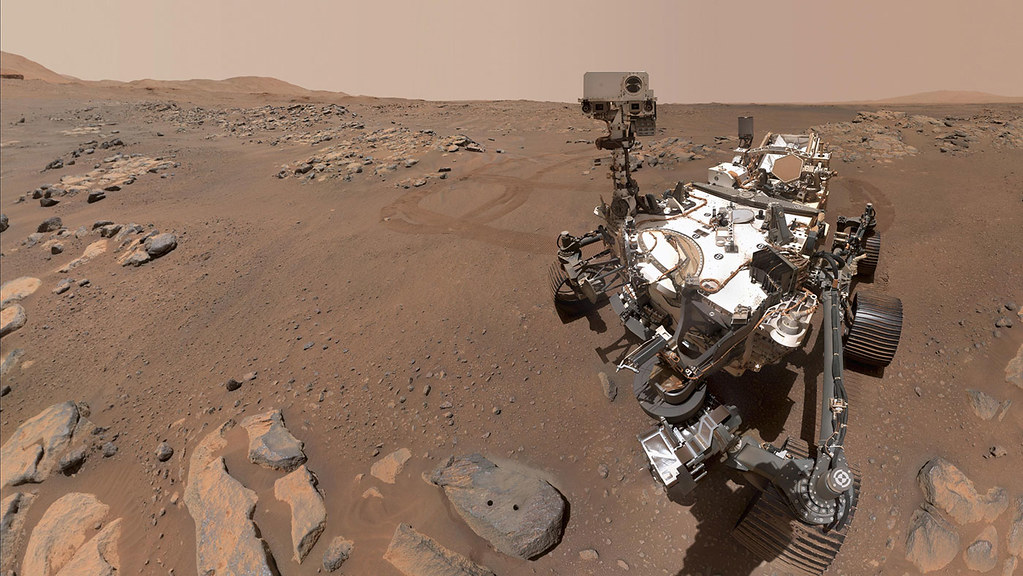 If humans want to explore Mars in the future, they’ll need to create oxygen. Now, a small device the size of a toaster is on the planet doing just that.

In a study released this week in the journal Science Advances, researchers from the Massachusetts Institute of Technology showed that the Mars Oxygen In-Situ Resource Utilization Experiment — known as MOXIE — can make oxygen from carbon dioxide, abundant in Mars’ atmosphere.

The experiment, part of NASA’s Perseverance Rover Mission that landed on Mars in February of 2021, is the first time resources from another planet have been transformed into something useful for human missions, researchers said. The small box, created by NASA’s Jet Propulsion Laboratory and MIT, makes enough oxygen to match the output of a small tree on Earth, and can do it during the day and night during multiple Martian seasons.

“It’s what explorers have done since time immemorial,” said Jeffrey Hoffman, a former NASA astronaut who is deputy principal investigator of the MOXIE mission and professor of aerospace engineering at MIT. “Find out what resources are available where you’re going to and find out how to use them.”

Space agencies, scientists and entrepreneurs are clamoring for humans to explore Mars. NASA’s much anticipated, and troubled, Artemis mission to the moon is considered a steppingstone to exploring Mars in the next decade or so. China hopes to put humans on the planet by 2033. Elon Musk, the world’s richest person and CEO of SpaceX, hinted at doing it by 2029.

But getting humans on Mars requires several complicated things to happen, Hoffman said. Astronauts have to endure high levels of cosmic radiation during the lengthy journey to the planet. Traveling to and from Mars can take more than 8 months, so there has to be ample food and medicine for space travelers.

Perhaps the most important thing is a reliable supply of oxygen, Hoffman said. Astronauts need it to breathe in any temporary habitat they set up on Mars, as well as in space suit tanks when they are out exploring the planet. It’s also a crucial propellant to fuel the rocket they’d need to return from Mars to Earth.

Space agencies could send up enough oxygen to Mars for astronauts to breathe and make the return trip home, Hoffman said, but doing so would be very costly, since it would take multiple rocket launches. Making the oxygen on Mars from the carbon dioxide in its atmosphere would be cheaper, he said. Mars’ atmosphere is roughly 96 percent carbon dioxide.

To test their ability to convert carbon dioxide to oxygen, NASA brought a small, golden box on its Perseverance Rover mission last year. Since April of 2021, MOXIE has run several tests in which it produced oxygen during various times of the Martian day and during different seasonal conditions. During each experiment, the box created roughly 6 grams of oxygen per hour, equal to the output of a modest tree on Earth. (In its most recent test, which will be published in a future paper, Hoffman said the machine’s output increased to 10 grams per hour.)

If the technology is mastered, scientists would need to scale the size of the machine considerably and ensure it could run continuously. To sustain a human mission to Mars and get people back, Hoffman said, at least 4.5 to 6.5 pounds of oxygen would need to be created per hour during a multiyear mission. “That would require scaling things up by several hundred times,” he said.

The machine can run during most parts of the Martian day, except for a few specific times.

“The only thing we have not demonstrated is running at dawn or dusk, when the temperature [on Mars] is changing substantially,” said Michael Hecht, principal investigator of the MOXIE mission at MIT’s Haystack Observatory. “We do have an ace up our sleeve that will let us do that, and once we test that in the lab, we can reach that last milestone to show we can really run any time.”

Engineers plan to push the MOXIE device to its limits, increasing its oxygen production capacity and ensuring it works during the Martian spring, when the planet’s atmosphere is dense and carbon dioxide levels are high. “We’ll set everything as high as we dare, and let it run as long as we can,” Hecht said.

Engineers will monitor the machine for wear and tear and see if it can withstand enough stress to suggest it can be converted into a full-scale system that can run continuously for thousands of hours. If so, the effects could be significant.

“To support a human mission to Mars, we have to bring a lot of stuff from Earth,” Hoffman said. “But dumb old oxygen? If you can make it there, go for it — you’re way ahead of the game.”

According to washingtonpost.com. Source of photo: internet