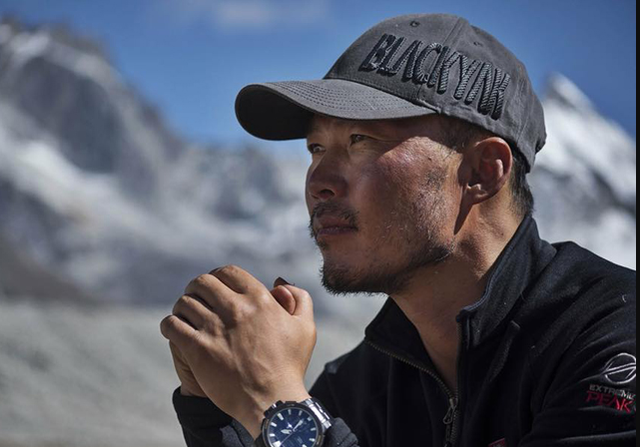 Sanu, 48, originally from Sankhuwasabha district of Nepal returned back home from Pakistan after completing his record attempt in mountain climbing history. He was received by Nepal’s Tourism Minister along with hundreds of people at the Tribhuwan International Airport. 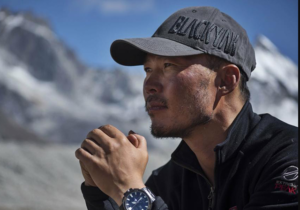 Sanu climbed 8 peaks, which are above the height of 8,000, lies in Nepal followed by five in Pakistan and one in China for the record two times each, a record that hasn’t been set in mountaineering history to date.

In July, Sanu set the record as the only climber to climb all 14 8,000-meter high mountains twice in the world after climbing the 8,035-meter-high Gasherbrum-II mountain in the Karakoram mountain range of Pakistan.

Nepal’s Sherpas, the backbone of every climber, have been setting records on an annual basis. The aboriginals of the mountains – Sherpas got into the business of climbing since their early childhood and have been supporting the Nepali economy by inviting more and more tourists.

Sanu who has set the record has been working with Pioneer Adventure as a member of the climbing team heading various expedition teams to various mountains. Another record-holding Kami Rita Sherpa also is associated with Seven Summit Treks leading expeditions on multiple fronts.

The Sherpas are assigned the task of rope fixing to the summit of various mountains including Mount Everest every season ensuring the safety of every climber vying to reach the peak.