The battery also is easier to manufacture; while most flexible batteries need to be manufactured in sterile conditions, under vacuum, this one can be screen printed in normal lab conditions. The device can be used in flexible, stretchable electronics for wearables as well as soft robotics.

The team, made up of researchers at the University of California San Diego and California-based company ZPower, details their findings in the December 7, 2020, issue of the journal Joule. 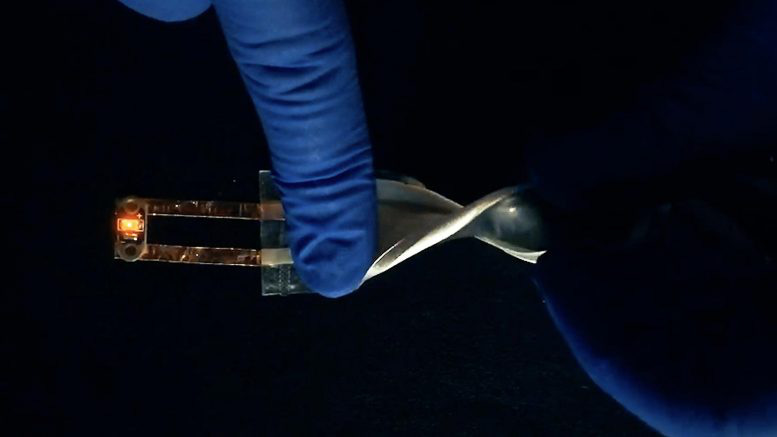 “Our batteries can be designed around electronics, instead of electronics needed to be designed around batteries,” said Lu Yin, one of the paper’s co-first authors and a Ph.D. student in the research group of UC San Diego’s nanoengineering Professor Joseph Wang. “This kind of areal capacity has never been obtained before,” Yin said. “And our manufacturing method is affordable and scalable.”

The new battery has a higher capacity than any of the flexible batteries currently available on the market. That’s because the battery has a much lower impedance — the resistance of an electric circuit or device to an alternating current. The lower the impedance, the better the battery performance against high current discharge.

The printed battery cells were recharged for more than 80 cycles, without showing any major signs of capacity loss. The cells also remained functional in spite of repeated bending and twisting.