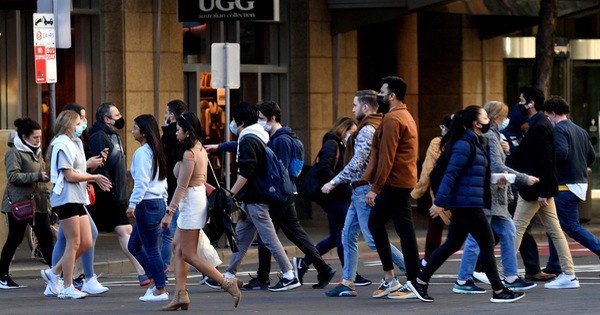 Authorities in several countries – from Bangladesh and Indonesia to Australia and Israel – are racing to contain the spread of the highly contagious Delta variant of the coronavirus, while Russia’s Saint Petersburg announced a record death toll, laying bare the challenges faced by nations worldwide in their efforts to return to pre-pandemic life.

While vaccination campaigns have brought down infections in mostly wealthy nations, the rise of the Delta variant has stoked fears of new waves of a virus that has already killed nearly four million people.

“There is currently a lot of concern about the Delta variant,” World Health Organization (WHO) chief Tedros Adhanom Ghebreyesus told a Friday news briefing.

“Delta is the most transmissible of the variants identified so far, has been identified in at least 85 countries and is spreading rapidly among unvaccinated populations.”

In Bangladesh, authorities announced they would impose a new national lockdown from Monday over the variant, with offices shut for a week and only medical-related transport allowed.

Sydney’s new restrictions apply to some five million people, along with hundreds of thousands of others living in nearby towns.

New Zealand, citing “multiple outbreaks” in Australia, announced a three-day suspension of its quarantine-free travel arrangement with its larger neighbour.

Australia’s COVID-19 Response Minister Chris Hipkins said the suspension would give officials time to consider measures “to make the bubble safer, such as pre-departure testing for all flights” between the two countries.

In Indonesia, President Joko Widodo said the country of 270 million people was facing an “extraordinary situation” and pledged to respond with “quick and appropriate policies”. The country recorded more than 21,000 new infections on Saturday, the highest daily tally yet.

Delta, which was first identified in India in April, is so contagious that experts say more than 80 percent of a population would need to be inoculated in order to contain it – a challenging target even for nations with significant vaccination programmes. The variant is now responsible for more than 90 percent of all new infections in the United Kingdom and about 30 percent in the United States.

European scientists estimate Delta is 40 to 60 percent more contagious than the Alpha variant (B.1.1.7), first discovered in the United Kingdom, which itself was more infectious than the original virus first detected in late 2019.

According to aljazeera.com. Source of photos: internet