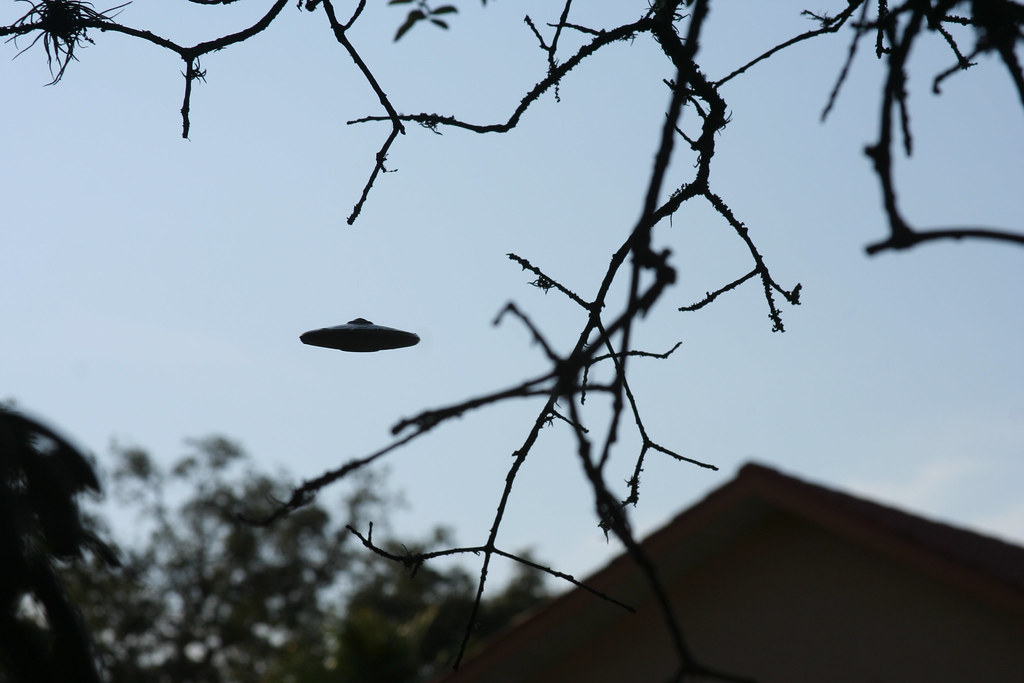 During a 90-minute briefing in Washington a highlight was the release of two new videos showing unidentified aerial phenomena, although one of them was immediately debunked by Scott Bray, the deputy director of navy intelligence.

The hearing, the first of its nature since 1966, came after a bumper year for UFO enthusiasts. In 2021, US intelligence released a landmark report which found 144 reports of unidentified aerial phenomenon, only one of which could be explained.

The report followed US navy pilots publicly discussing their encounters with UAPs, with one retired lieutenant claiming he saw objects in the sky above the east coast “every day for at least a couple years”.

On Tuesday Bray sought to defend the government’s investigation of UAPs – following accusations that the Pentagon is not taking the issue seriously enough – but also showed members of an intelligence subcommittee videos of airborne objects.

One video, filmed during daylight, showed an object appearing to whiz past a military jet. The fleeting appearance of the object – it appeared on screen for less than a second – showed the difficulty in gathering data on some UAPs, Bray said.

Another clip, recorded at night from a military plane at some time in 2019, showed triangle shapes appearing to hover in the sky. Bray then played another video that captured the same phenomena, but followed it up with a mundane explanation: the objects were drones, rendered triangular in shape and other-worldly in motion because of a quirk in the way video was captured through night-vision equipment.

The debunking did little to counter accusations – including one leveled by Andre Carson, the committee chair – that the Pentagon has little interest in investigating the inexplicable.

“One of Congress’s concerns is that the executive branch, the administration, both parties, have been sweeping concerns about UAPs under the rug by focusing on events that can be explained, and avoiding them that cannot be explained,” Carson, a Democratic congressman from Indiana said.

“What can you say to give the American people confidence that you aren’t just focusing our attention on low-hanging fruit, the easy explanations?”

The line of questioning followed concerns that while the Pentagon has established a UAP office – the bureaucratically titled Airborne Object Identification and Management Synchronization Group – research in this field is still far from a top priority.

Bray acknowledged the intelligence community had “had to sometimes be less forthcoming with information”, adding, “we do not want potential adversaries to know exactly what we’re able to see or understand or how we come to the conclusion.”

The answer revealed an attitude that has long frustrated those seeking fuller disclosure – and has prompted a range of conspiracy theories about what the government may be hiding.

Bray and Ronald Moultrie, the defense under secretary for intelligence and security, soon provided an example of that aversion to disclosure, when asked if the Pentagon has “any sensors underwater to detect on submerged UAPs – anything that is in the ocean or the seas”.

“I think that would be more appropriately addressed in closed session,” Moultrie said.

While nuggets of new information remained infuriatingly rare, Bray did report that the intelligence community has “seen an increasing number of unauthorized and or unidentified aircraft or objects”, which he attributed to destigmatizing military reporting of encounters and the use of new detection systems.

The 2021 report acknowledged sightings of UAPs that “appeared to remain stationary in winds aloft, move against the wind, maneuver abruptly, or move at considerable speed, without discernible means of propulsion”, and on Tuesday Bray ruled out a foreign adversary possessing such technology.

Some politicians have openly expressed dissatisfaction with the progress of the new UAP office – which less than a month from its start date has yet to appoint a director – with an aide to Kirsten Gillibrand, the US senator from New York, telling Politico in May: “Senator Gillibrand believes that the [department of defense] needs to take this issue much more seriously and get in motion.”

The dissatisfaction is a far cry from the optimism that surrounded the government when it released its report in 2021. At the time amateur UAP organizations had hoped that the Pentagon would be more open in sharing its own data and more willing to examine videos and images recorded by amateur investigators.

Moultrie made it clear, however, that this would not be the case, when he suggested that some groups “are putting information out there that could be considered to be somewhat self serving”.

As Carson brought the hearing to a close he noted to his Democratic and Republican colleagues that the topic of “UAPs and UFOs” is “one of the few times we can demonstrate some degree of bipartisanship”.

For the watching public, however, it was clear that the briefing had mostly raised more questions – and frustration – than answers. As before, humans remain no closer to finding out whether alien life is out there.

Alejandro Rojas, a researcher at Enigma Labs, an analytics and community platform for UFOs and a board member at the Scientific Coalition for UAP Studies, tweeted: “[The hearing was] mostly a cordial conversation about how great AIMSOG will be one day.

“We got some answers, but I have much less confidence in AIMSOG as I did before the hearing.”