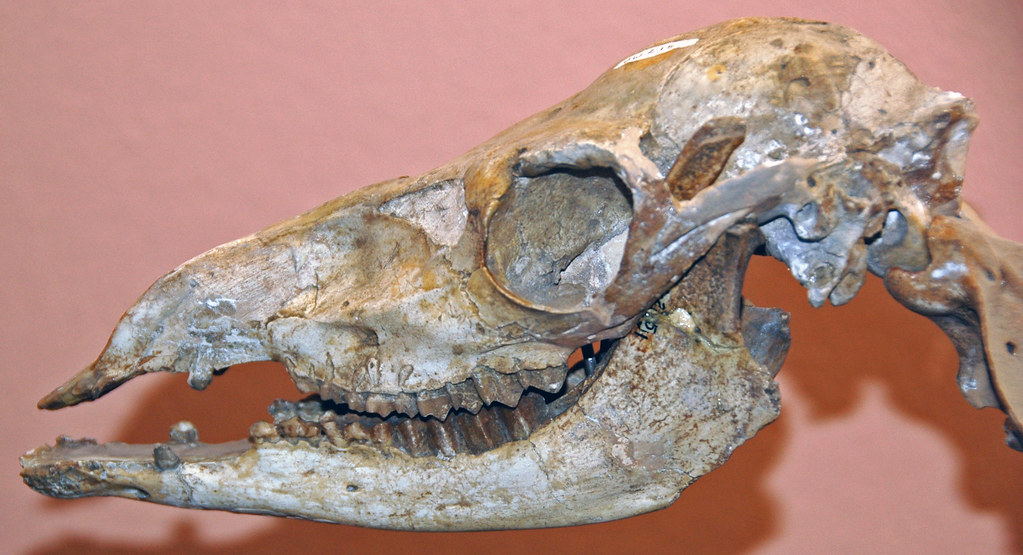 The new species lived within a few hundred thousand years after a mass extinction event roiled the globe and killed off non-avian dinosaurs 66 million years ago. They were ancestors of today’s hoofed animals, such as cattle, horses, deer and moose—but much smaller. They also offer a new window into what western North America looked like after dinosaurs vanished from the face of Earth, making way for the Age of Mammals.

“Paleontologists spend a lot of time and effort studying dinosaurs and what caused their extinction,” said Jaelyn Eberle, curator of fossil vertebrates at the CU Museum of Natural History and a professor of geological sciences. “I’m much more interested in what happened after.”

The three animals fall into a broad category of primitive ungulates informally called “condylarths.” You probably wouldn’t recognize them next to modern-day grazers—most of the early condylarths were mouse- to rat-sized had several toes rather than hooves.

But the team’s findings also suggest that paleontologists may have underestimated just how diverse the West was right after the extinction of the dinosaurs. Some habitats in Colorado and Wyoming may have been home to an eclectic group of mammals adopting a wide range of lifestyles.

And the researchers are just getting started.

“There are plenty more fossils from this locality waiting to be identified,” said Atteberry, now the undergraduate program assistant in the Department of Geological Sciences at CU Boulder.

The new research travels back to a period of time that paleontologists call the early Puercan North American Land Mammal Age—which spanned the first 300,000 years or so after an asteroid crashed down to Earth, marking what scientists call the Cretaceous-Paleogene mass extinction event. A lot of questions remain about this pivotal period in the planet’s history, Eberle said.

“We still don’t fully understand what happened after the extinction of the dinosaurs,” Eberle said. “We don’t have anything quite like condylarths living today, so there’s a lot of speculation about their biology and ecology.”

To fill the gaps, Eberle and Atteberry dug into a collection of condylarth fossils, mostly pieces of jawbones and teeth, that paleontologists collected from Wyoming’s Great Divide Basin in the 2000s. Today, the site is a dry and scrubby patch of land not far from the town of Rawlins.

For Atteberry, one jawbone from the area immediately jumped out.

“It was larger than everything else in the box,” she said. “It had these large, really bulbous teeth, and we could see even with the naked eye that it was different than the rest.”

The teeth, Atteberry and Eberle discovered, belonged to a species of early condylarth that may have been about the size of a housecat. The duo named the owner of these inflated molars Beornus honeyi—a nod to Beorn from J.R.R. Tolkien’s The Hobbit, a character who is sometimes “a great strong man” and sometimes “a huge black bear.”

The researchers also identified two other new species from the region, which they dubbed Miniconus jeanninae and Conacodon hettingeri, alongside several more common species. All three belong to the family Periptychidae.

“This region was much more diverse in mammal species than what we usually see in the early Puercan,” Eberle said.

Based on the shape of their teeth, the three new species may have been omnivores that ate both meat and plants—although some members of the periptychid family at the time may also have fed on tough, fibrous vegetation like many ungulates do today.

Eberle added that many paleontologists have assumed that, during the early Puercan, much of the West was home to the same handful of common mammal species, all the size of rodents. But the new fossil finds suggest that mammals may have begun to spread around the region, developing larger and more specialized body types, earlier than researchers suspected.

“Looking at the first few geologic minutes of the Puercan is key to understanding the evolution of mammals over the millions of years that followed, including the origin of today’s orders of mammals,” Eberle said.